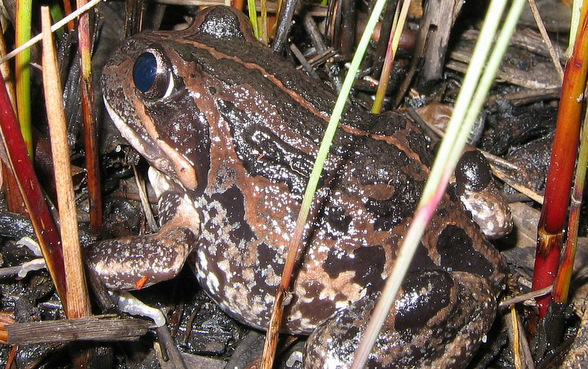 The motorbike frog is a ground-dwelling tree frog found in Southwest Australia. It gets its name from the male frog's mating call, which sounds like a motorbike riding past and changing gears. Other common names are Moore's frog, the western bell frog, western green and golden bell frog, and western green tree frog.

Back varies from pale brown to dark chocolate with areas of deep green or olive, red colouration in the groin and hind limbs.

Large protruding oval gland on the upper surface of the calf.

A deep and explosive “bonk”.

Burrowing species that submerges itself during dry conditions.

Spawn laid in winter and spring in a large foam nest on the surface of still or slowly moving water. 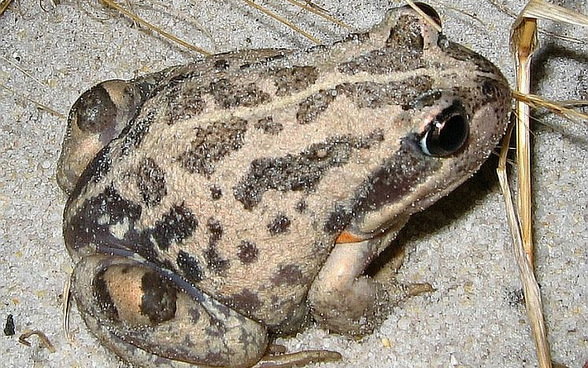 June to November (winter to spring)

This frog can be distinguished from all other species of Limnodynastes by its distribution, being found only in south-western Australia.

The Eastern Banjo or Pobblebonk Frog (Limnodynastes dumerilli) can be found in the eastern states.