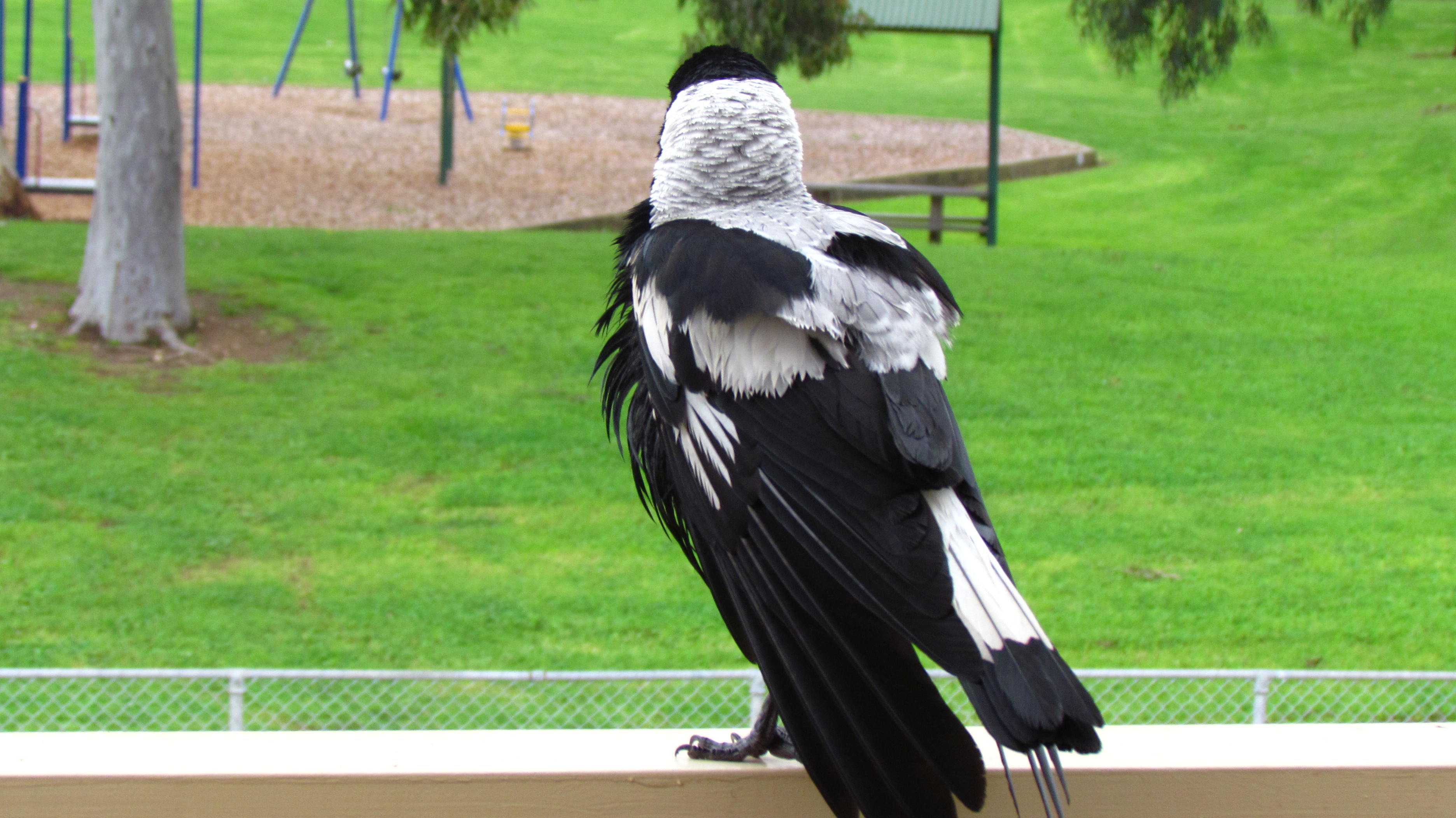 Black and white, with the pattern varying across its range. The back of its neck, upper tail and shoulders (on its wings) are white in males and grey in females, and (across most of Australia) the rest of its body is black. In south-eastern, central and south-western Australia, including Tasmania, its back and rump are entirely white. Its eye is red-brown. Young birds are usually grey rather than black and have dark eyes.

One toe faces backwards and three face forwards. It has a square-tipped tail.

Small insects and animals that live on, or just under, the surface of the ground, including grasshoppers, scarab beetles, insect larvae, frogs and small lizards. During the day it walks along jabbing its beak into the ground, searching for food.

It is extremely territorial during the four to six weeks of the breeding season. The female usually selects a nest site, which is either high up a tree, on a power pole or on the roof of a building. The nest is a rough basket of sticks, twigs, plant stems and occasionally wire, lined with softer materials such as wool, hair, grass, feathers and shredded bark. The female lays between one and six eggs, which are either blue or green with brown blotching, and she sits on them for 20 days. She then feeds her young until they are about four weeks old, when they are ready to fly and leave the nest. 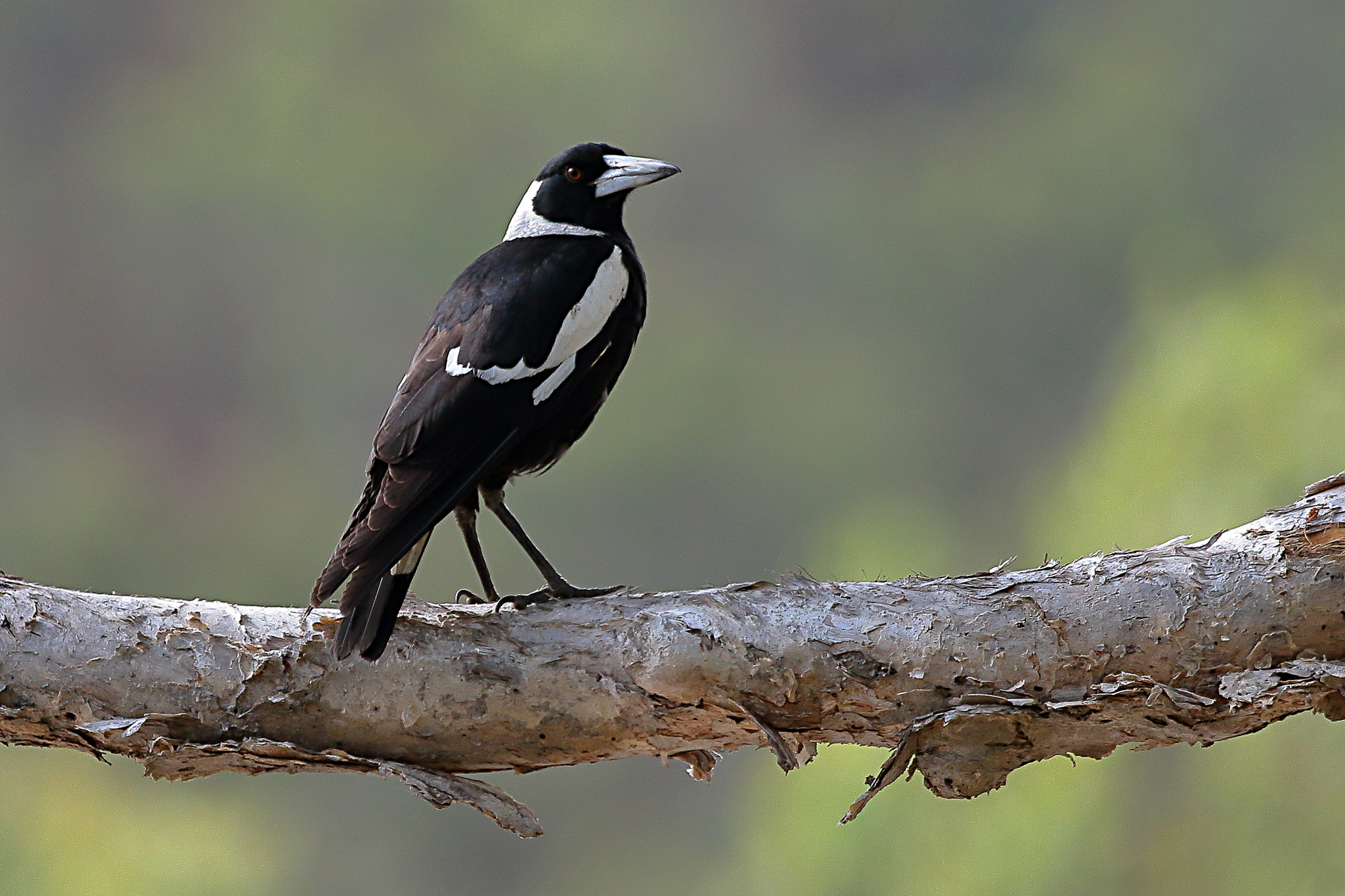 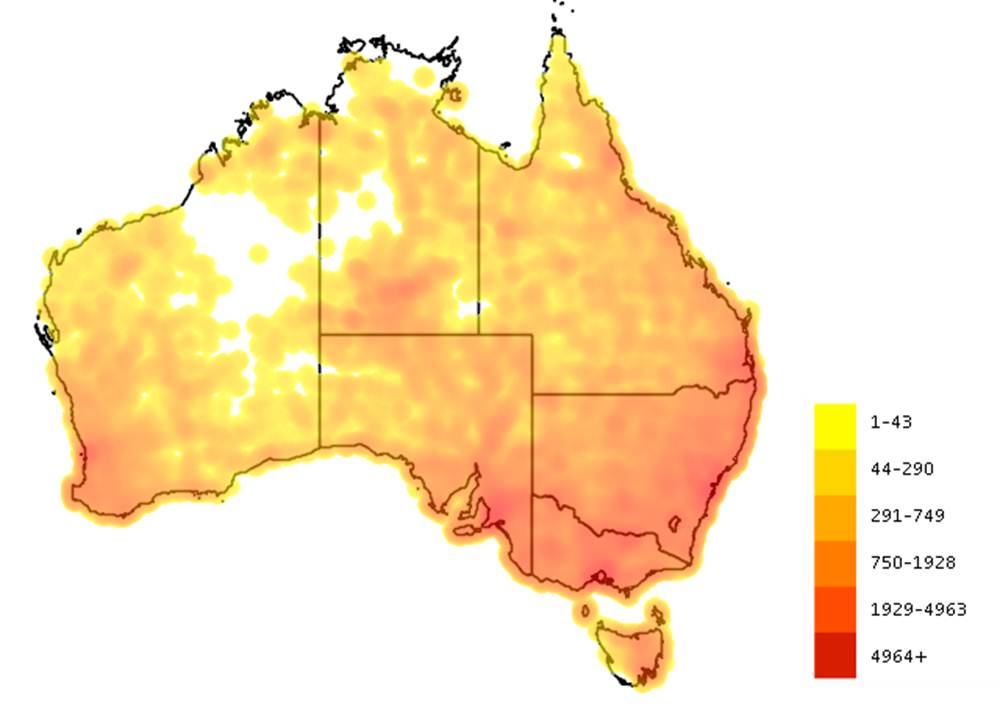 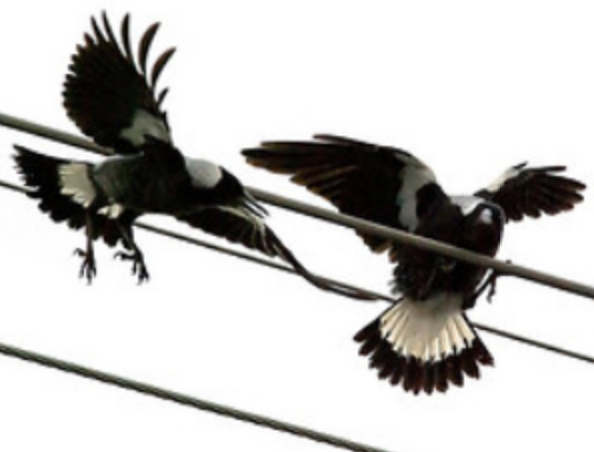 Pied Butcherbird (Cracticus nigrogularis) has a completely black head and bib that is separated from its black back by a completely white collar. Its underparts are white.

Pied Currawong (Strepera graculina) doesn’t have large areas of white on its body, especially on the back of the neck. Also won’t have the red iris.