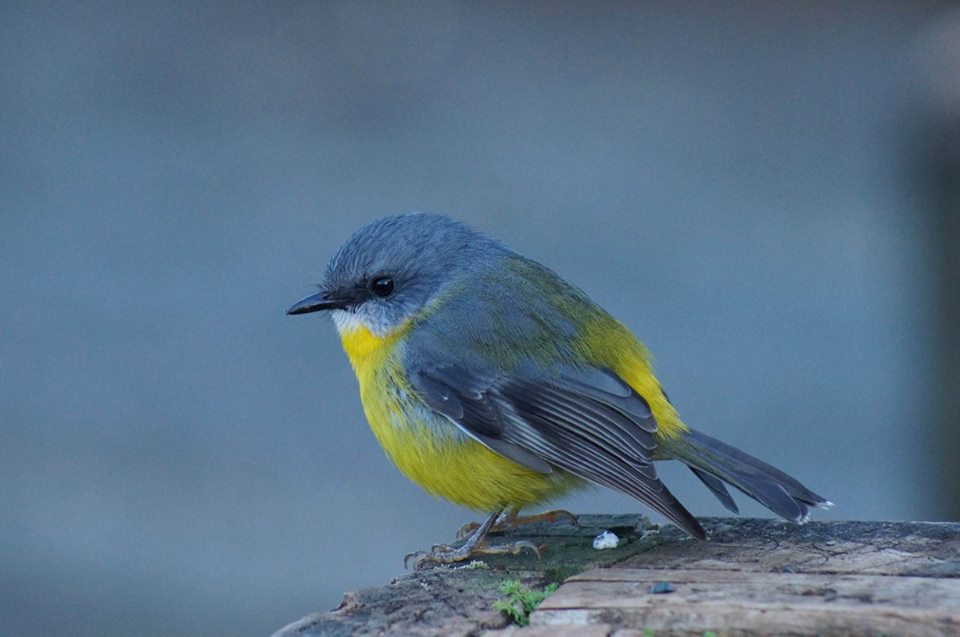 It has a grey back and head, and bright-yellow underparts. Southern birds have an olive-yellow rump, while birds in northern Australia have a brighter yellow rump. Its throat is off-white and when seen in flight, it has a pale bar on its wings. Its bill is black. Young birds are rufous-brown with paler streaks.

A variety of high bell-like piping, a repeated ‘chop chop’ and some scolding notes.

Insects, spiders and other arthropods. They are caught mostly on the ground, with the bird pouncing onto them from a low perch.

Most birds are sedentary or resident, but some move from higher elevations to the lowlands in winter.

The female builds the nest in a fork in a shrub or small tree, usually within six metres of the ground. The nest is a woven cup of strips of bark, grass, fine twigs, moss and other vegetation, bound with spider web and lined with fine material and leaves. Two to three eggs are laid, and are incubated by the female, but both parents care for the young birds. There may be up to three clutches of eggs laid each season. 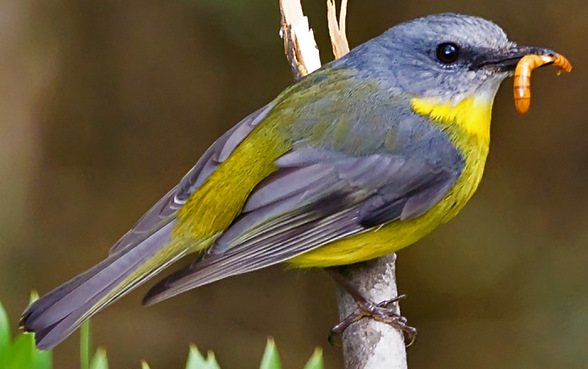 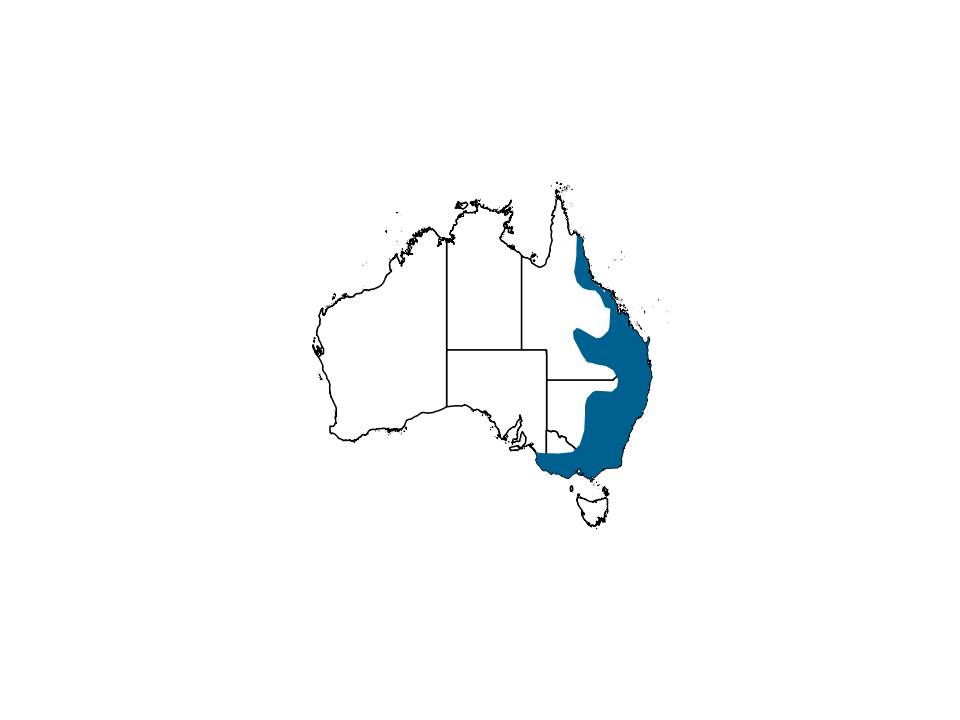 Year round and breeding commonly occurs between July and January. 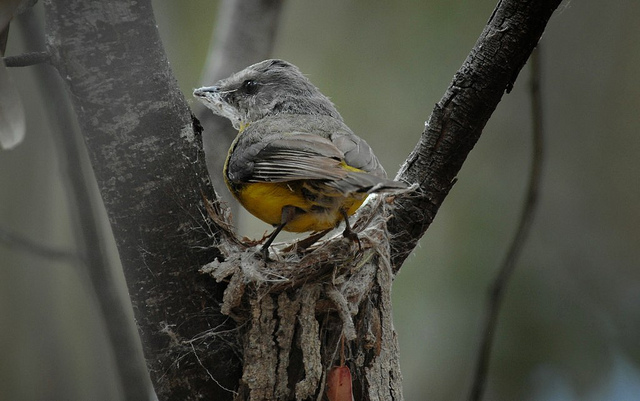 Western Yellow Robin (Eopsaltria griseogularis) occurs in south-western and southern Australia, mainly west of the Eyre Peninsula, so the range of this species does not overlap with that of the Eastern Yellow Robin.