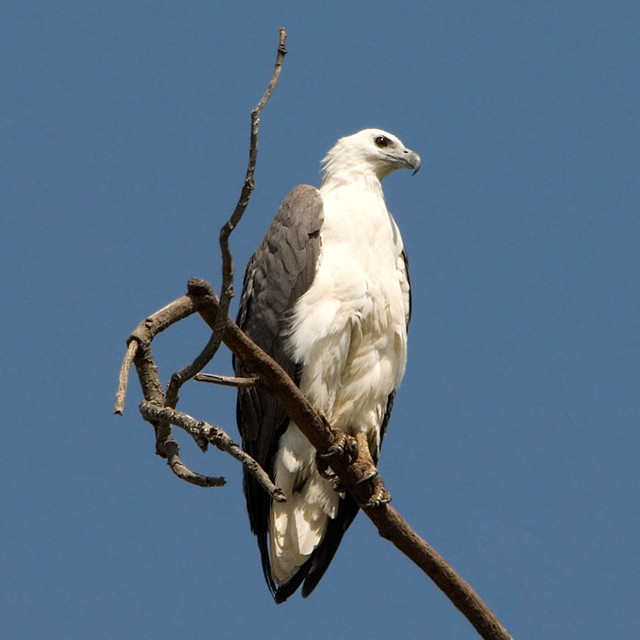 A large bird of prey with a dark grey back and a white head, white chest and white belly. Their legs are also white and have long black talons. They have dark eyes and a light-coloured, hooked beak. When viewed in flight, the undersides of the wings are a distinctive half white and half grey-brown.

First-year juveniles have a buffish and ‘spiky’ head, contrasting with patchy cream and dark brown body and wings; underwing pattern also patchy, but note half-moon at base of tail feathers. Older juveniles have a pale buff-grey tail.

Their nests are massive, made of sticks and branches, usually found in a tall living tree near water or on a remote coastal cliff (on ground if on an island).

A wedge-shaped tail, distinctive when seen in flight.

Feeds mainly off marine animals, such as fish, turtles and sea snakes, but it also takes other birds and mammals.

Hovers low over prey, or makes a sloping power-dive from height or high perch to seize fish from surface; seldon enters water.

Breeds May to August. The female carries out most of the incubation, however the male occasionally performs this duty. 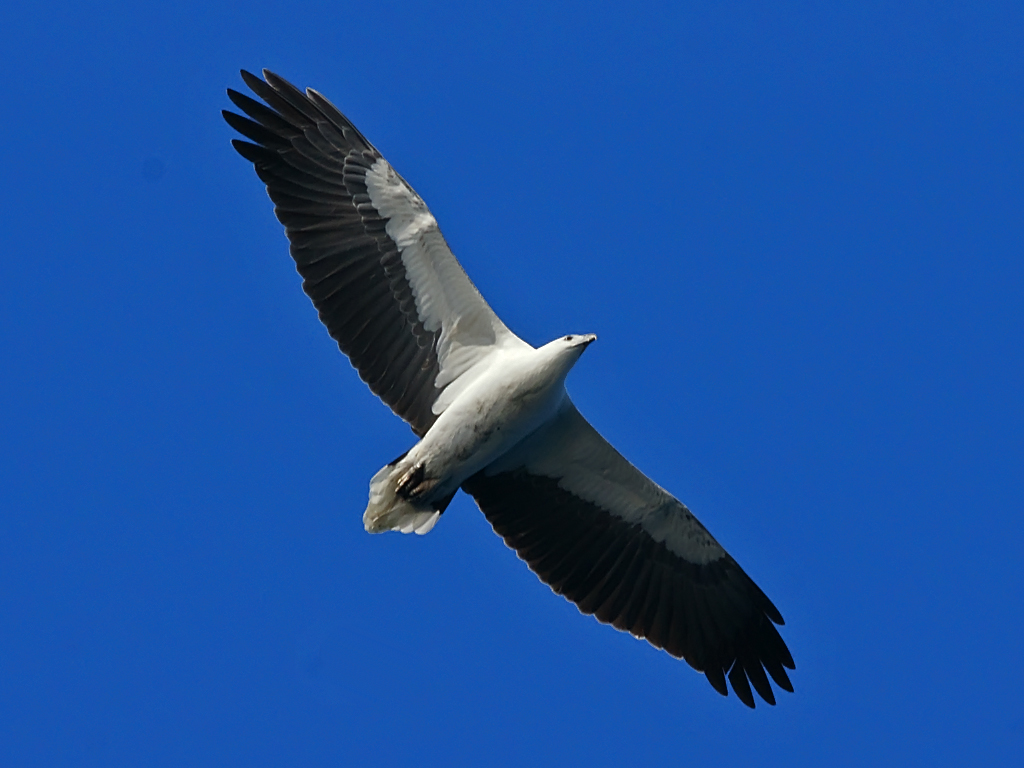 White-bellied Sea-eagles are top predators in coastal areas and can often be seen hunting fish and small mammals along beaches, estuaries and sand dunes. Their presence may indicate a healthy coastal ecosystem with many food sources and foraging areas available. 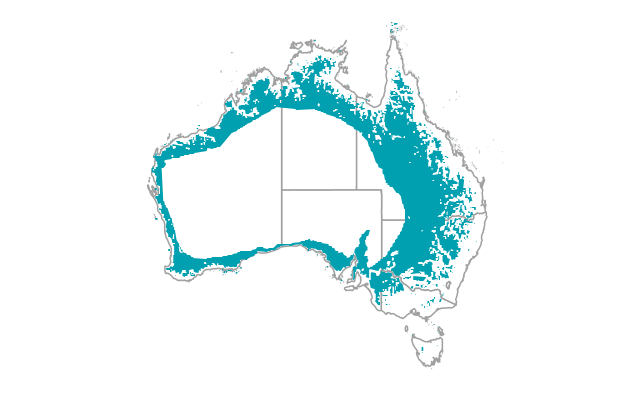 Throughout the year. Usually breeds October to April. 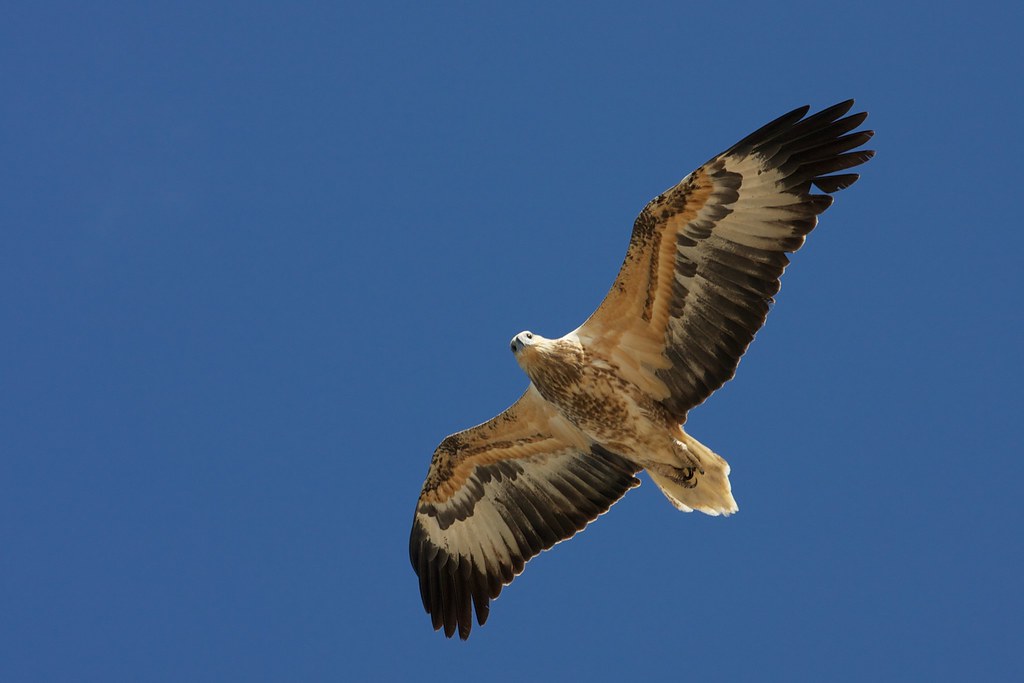 The Osprey (Pandion haliaetus) is smaller in size and has a fan-shaped tail rather than a wedge-shaped tail.

May be confused with a Black-shouldered Kite (Elanus notatus), but kites are much smaller at 36 cm and have light coloured eyes.