Mostly light blue-grey in colour. The forehead, crown, chin and upper throat are white. It has a long, slim neck and a pointed grey-black bill. The legs are long and dull yellow in colour. Easily identifiable when seen from below with the dark flight feathers of the wing contrasting with the paler grey plumage.

Males and females are similar. When breeding, the birds have long feathers (nuptial plumes) on the head, neck and back. Young are similar in appearance to non-breeding adults, with little to no white on the face; underparts often have a reddish colour.

Feeds on many different species including fish, insects and amphibians. They find their prey by either searching through wetlands with their bill or standing, waiting and watching for movement in the water.

Breeding habits commence outside in response to rainfall. Both sexes share the responsibility of building the nest and incubating the egg. The nest is found in a tree and to the untrained eye resembles a bundle of untidy sticks. They only raise one brood of young a year. 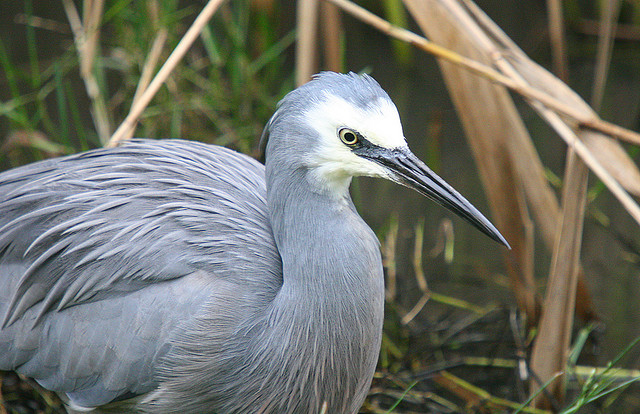 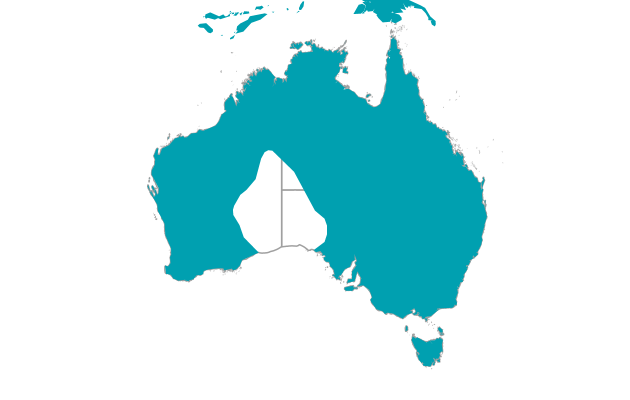 Year round. Breeding from October to December.

Across all of Australia, in wetland areas. 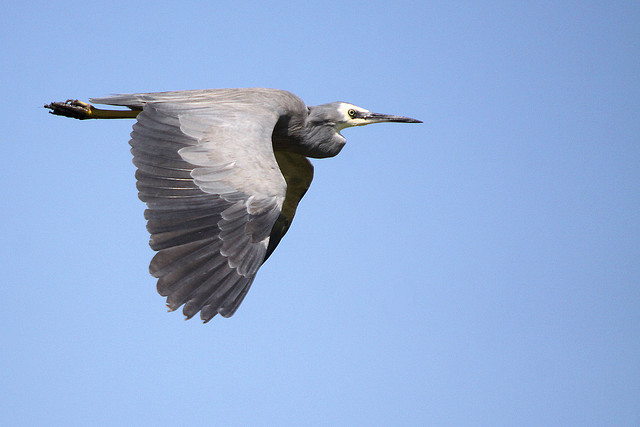 The White-necked Heron (Ardea pacifica) sometimes known as the Pacific Heron is a large heron with a white head and a long white neck with a double line of black spots running down the front. The upperparts of the body are slate-black, with plum-coloured nuptial plumes on the back and breast during the breeding season. Underparts are grey streaked with white. The bill is black, the naked facial skin is is blue or yellow, the eyes are green, and the legs and feet are black.

The Pied Heron (A. picata) is a similar slate-black heron with contrasting white throat and neck, but it is a much smaller (43 - 52 cm) bird, with a crested dark cap that extends below the eyes, yellow legs, and a bill that is mostly yellow.