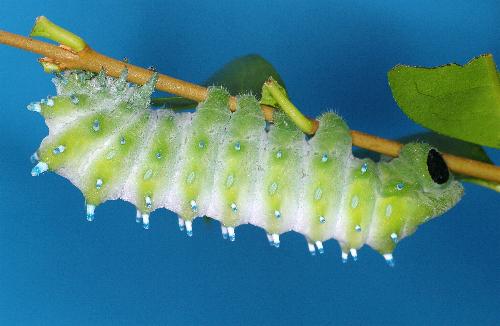 The Atlas Moth is a very large, iconic insect with a wingspan of approximately 17cm. It is rusty-brown in colour, with a double white band and a large white spot on each wing.

Eggs are white and almost spherical, each laid singly on a leaf.

Caterpillars can be white to green, 10cm or longer, with floppy spines.

Breeding colonies are very local in distribution. Adults are nocturnal and seasonally abundant, having been recorded during the wet season from January to March.

Their life cycle takes approximately 3 months, however pupae may remain dormant for a year.

Its range is restricted to coastal monsoon forest, where the preferred larval food plants and breeding habitat occurs. 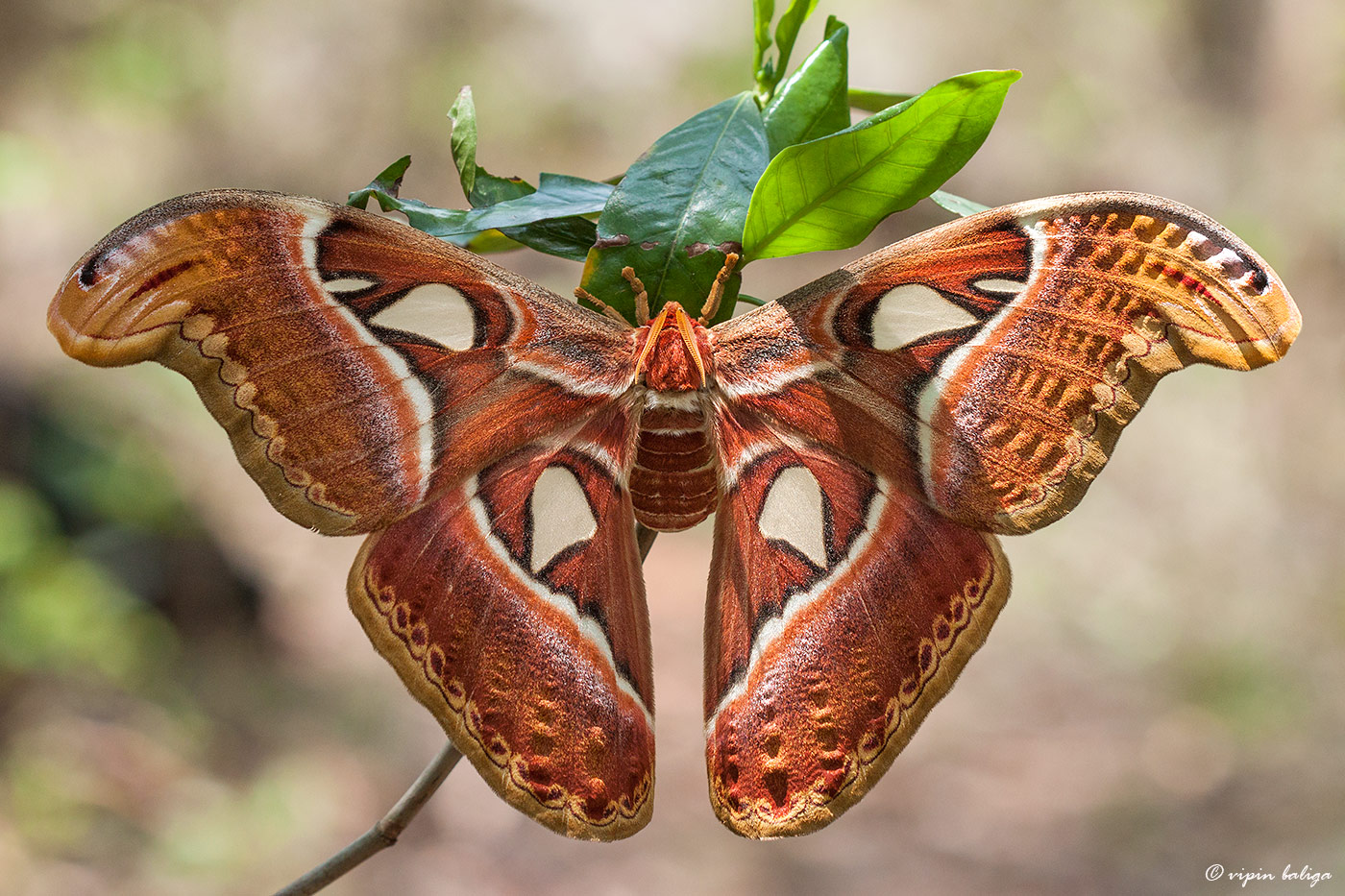 There is a strong connection between emergence times and temperature, and over the past few years some moth species have been observed flying about 14 days earlier than in the past. 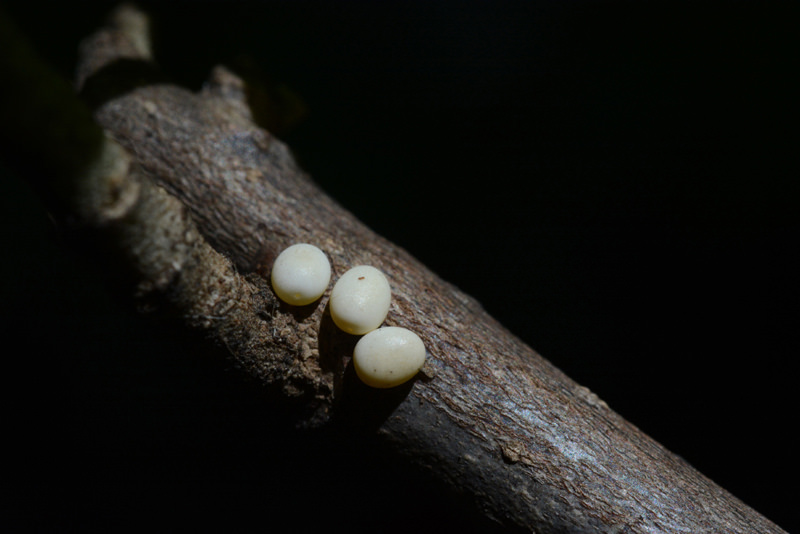 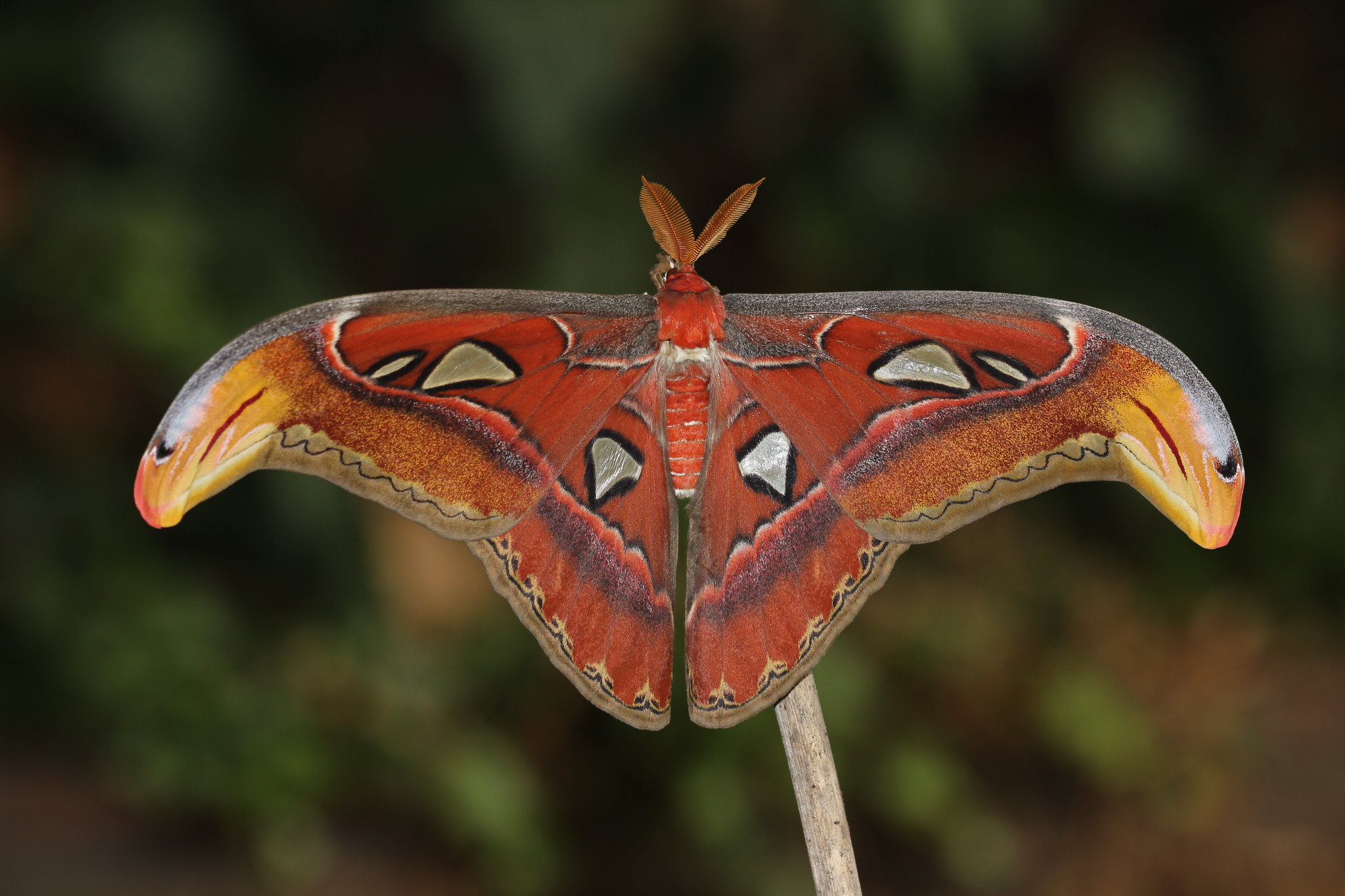 The Hercules moth is similar in appearance and pattern; however its range is restricted to Far North Queensland and Papua New Guinea. The Hercules moth can be distinguished by an extended tail on each hindwing and overall larger size. Hercules moth eggs are also rusty red in colour.