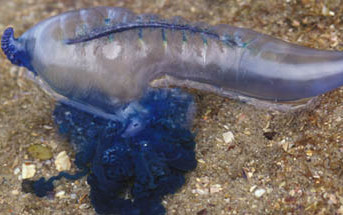 Its pear-shaped float (bottle) is a translucent blue, with a wrinkled top which might be tinged with green or pink. It has a single main tentacle, and many shorter tentacles, all of which are blue and hang from its float.

It is not a single animal but rather a colony of four kinds of individuals known as polyps. Each polyp has its own function: one is the float, another captures food, another digests the food, and another is responsible for reproduction.

Small fish, crustaceans, plankton and other small marine animals. Special tentacles catch and paralyse its prey, before other tentacles digest the food.

Its float acts as a sail so it is blown along by the wind. Some floats lean to the left and some to the right, so the same wind will push individuals in opposite directions, preventing all of them being washed up on the shore to die, even if the wind blows some toward the coast.

Special tentacles contain both male and female parts. The eggs are fertilised, grow into larvae, and eventually develop into adults. 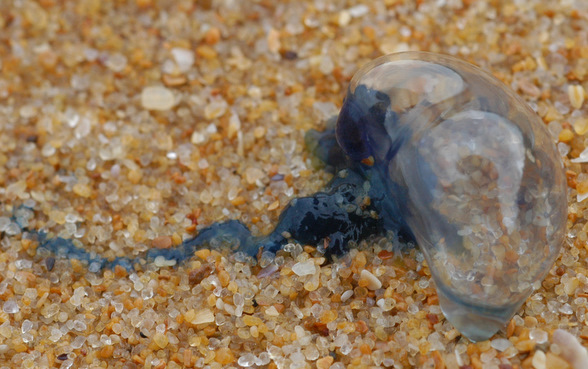 We don't yet know whether water temperature affects where jellyfish are found. Data on their distribution will help determine whether their range is changing and how climate change may impact their distribution. 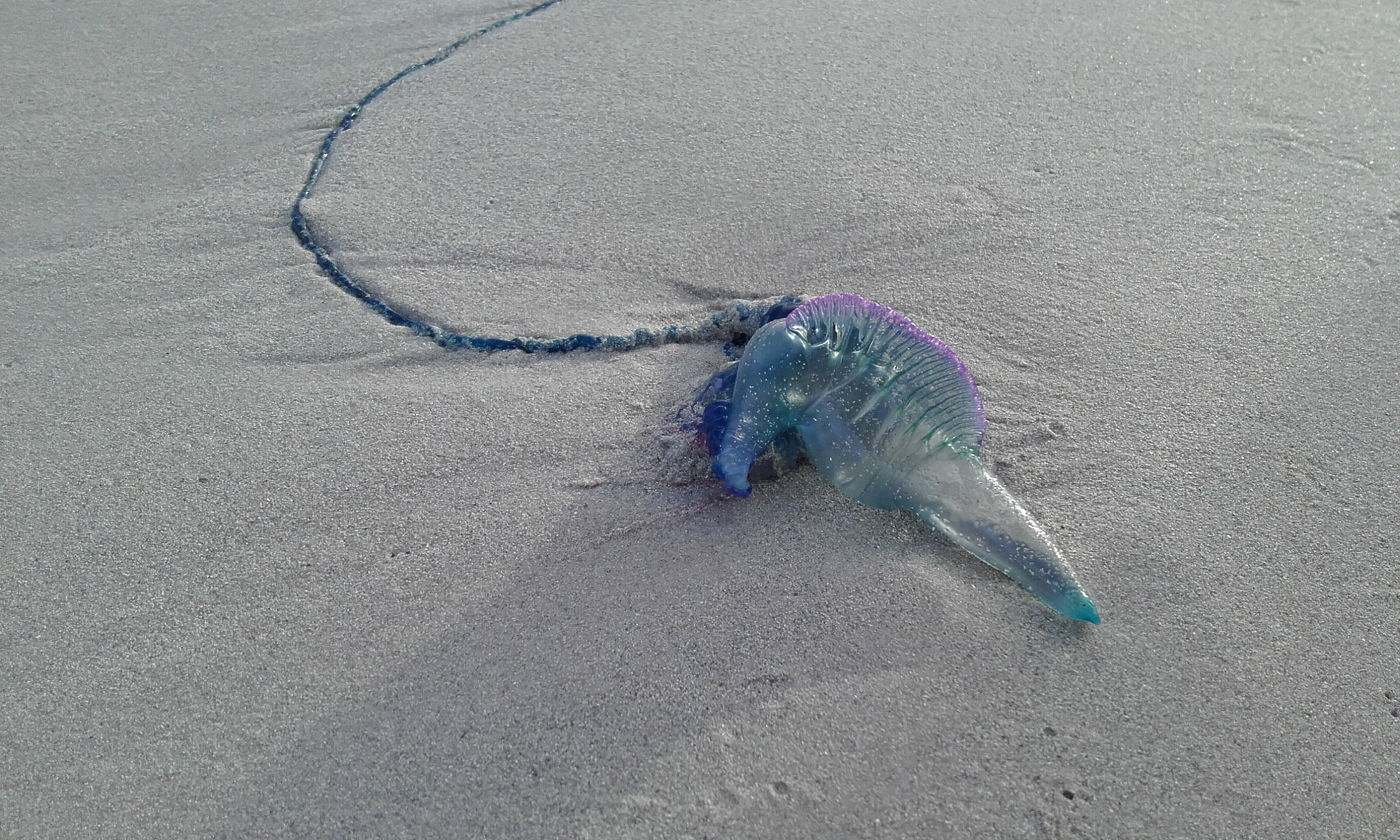 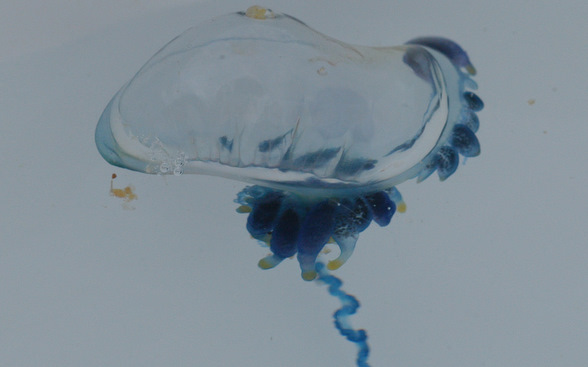 By-the-Wind Sailor (Velella velella) its float is a flat, oval disc about 5 cm across with a narrow diagonal sail (not an air sac like the Blue Bottle) which allows it to sail at any angle.

Blue Button (Porpita porpita) its float is a flat circular disc up to 2.5 cm across. It doesn’t have a sail like the Blue Bottle.