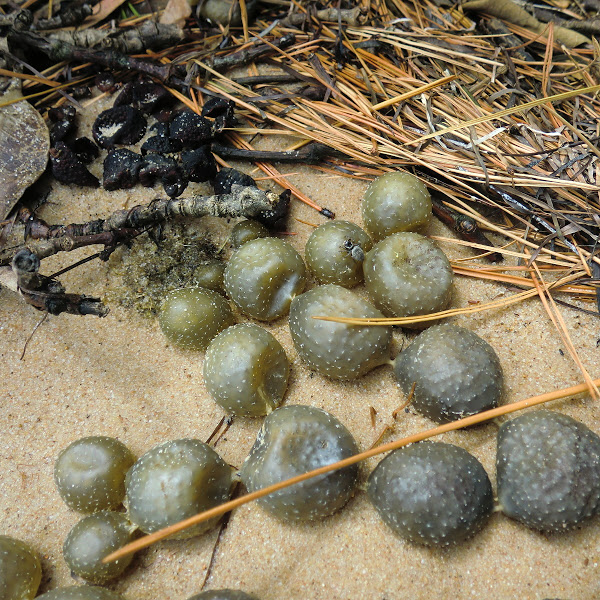 Its species name banksii is after the English naturalist and botanist Sir Joseph Banks.

A small, brown seaweed (algae) which resembles a beaded necklace. It has branches (thalli) which are made up of strings of hollow, water-filled, round or oval-shaped beads joined together by a short stalk. Each bead is covered in many pores, giving it a rough surface. It is attached to the substrate by a thin disc (holdfast). 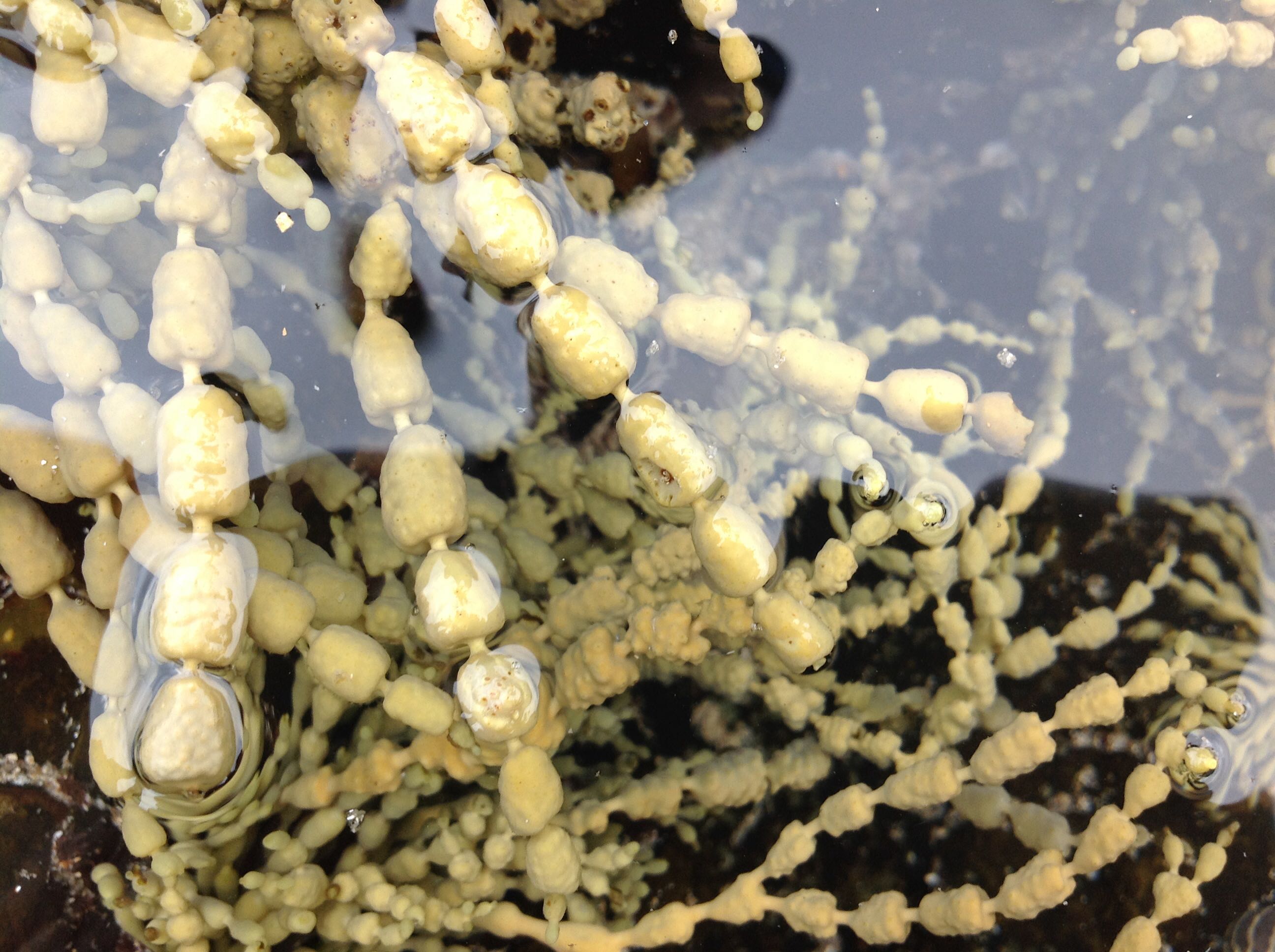 Black Nerites, like all marine snails (molluscs), are under increasing stress due to ocean acidification which can weaken their calcium carbonate shells and reduce body condition. This makes them more prone to disease, predation and low reproduction. Increasing water temperature as a result of climate change will likely affect their abundance and cause a southward shift in their distribution. 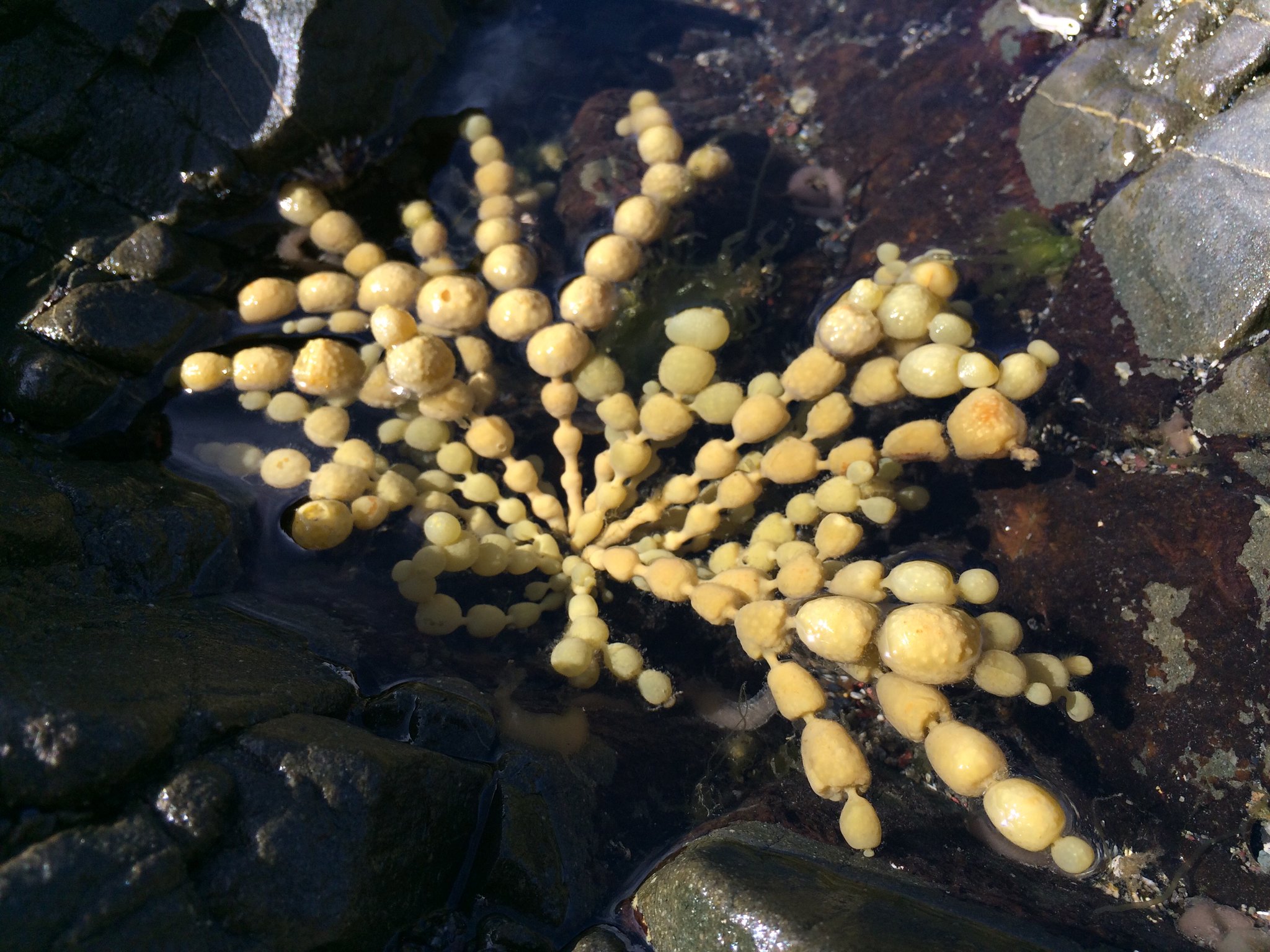 It is a very distinctive seaweed. Other seaweeds are often larger, brown in colour and have leaf-like rather than bead-like fronds.