The name ‘right whale’ was given to them by early European whalers who thought they were the ‘right’ type of whale to hunt. Their slow moving nature made them easy targets and their blubber was of high quality. They also floated when dead, making them much easier to move to shore.

Generally black with small patches of white on the belly and lacking a dorsal fin. They have a rounded head and short, spatula shaped flippers with a distinctive V shaped blow.

They have numerous, pale coloured callosities around the head.

Krill and other invertebrates.

It is usually found close to shore just beyond the beach break during rest periods and in northern breeding grounds. They are generally lethargic and are found ‘milling around’ although they will often breach out of the water. They may also roll around on their back exposing the white patches on their belly or stick a fin out of the water for long periods whilst milling.and direct, sometimes in flocks of several hundred birds.

Recent satellite tracks reveal that these whales may regularly migrate east/west around the Southern Hemisphere. 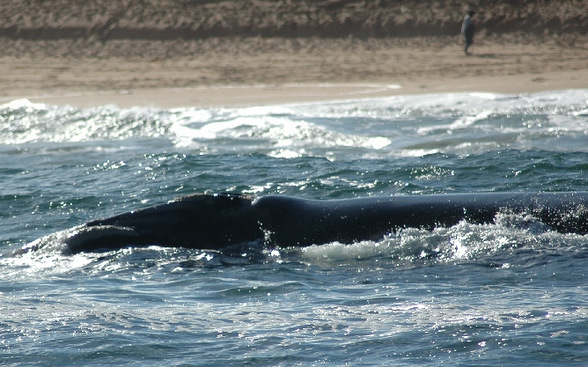 Climate change may reduce the productivity of the Southern Ocean, impacting the distribution and availability of its main food sources such as krill, copepods and amphipods. Changes to ocean circulation, sea level rise and temperature could affect the timing and location of its migration and breeding. Southern Right Whales are particularly vulnerable to coastal pollution and human modifications of coastal environments due to their use of shallow waters during calving. They may alter their feeding behaviour, migration and breeding grounds in response to changes in ocean currents, temperatures and increasing human modification of shallow-water coastal areas. 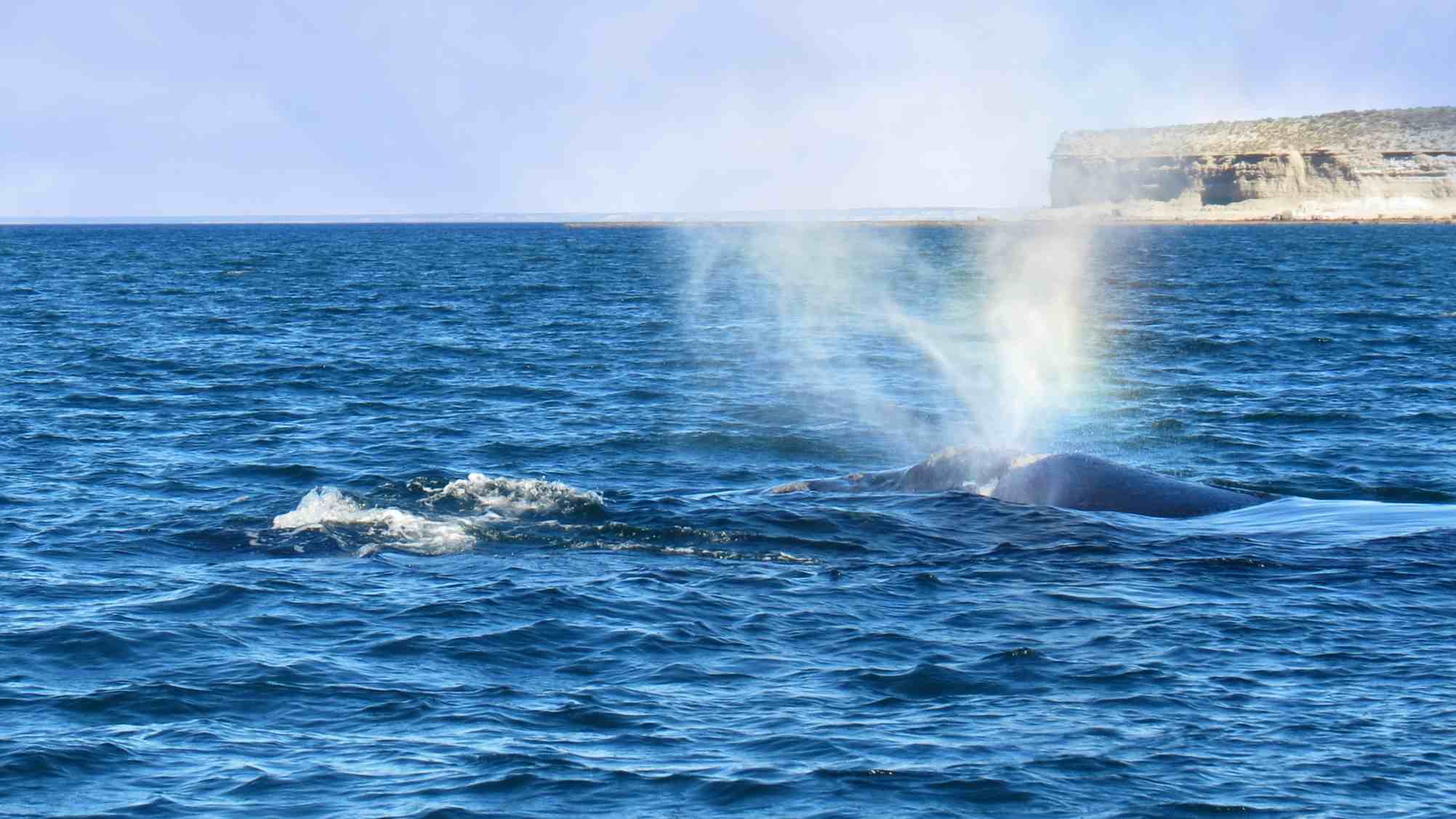 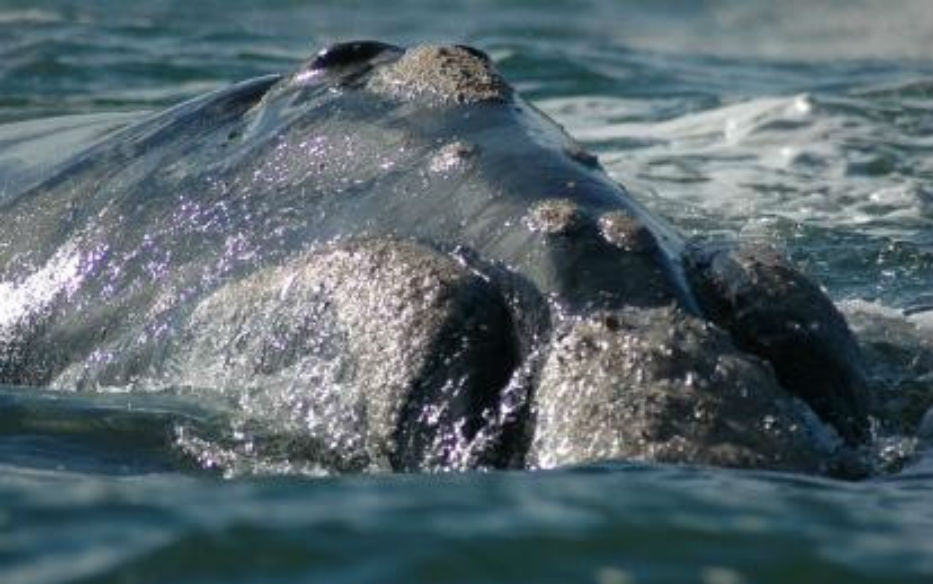 Humpback Whales are similar in shape and size but have a dorsal fin and a distinctive bushy shaped blow. Their tails are coloured black to gray on top and white underneath and they don’t have callosities.