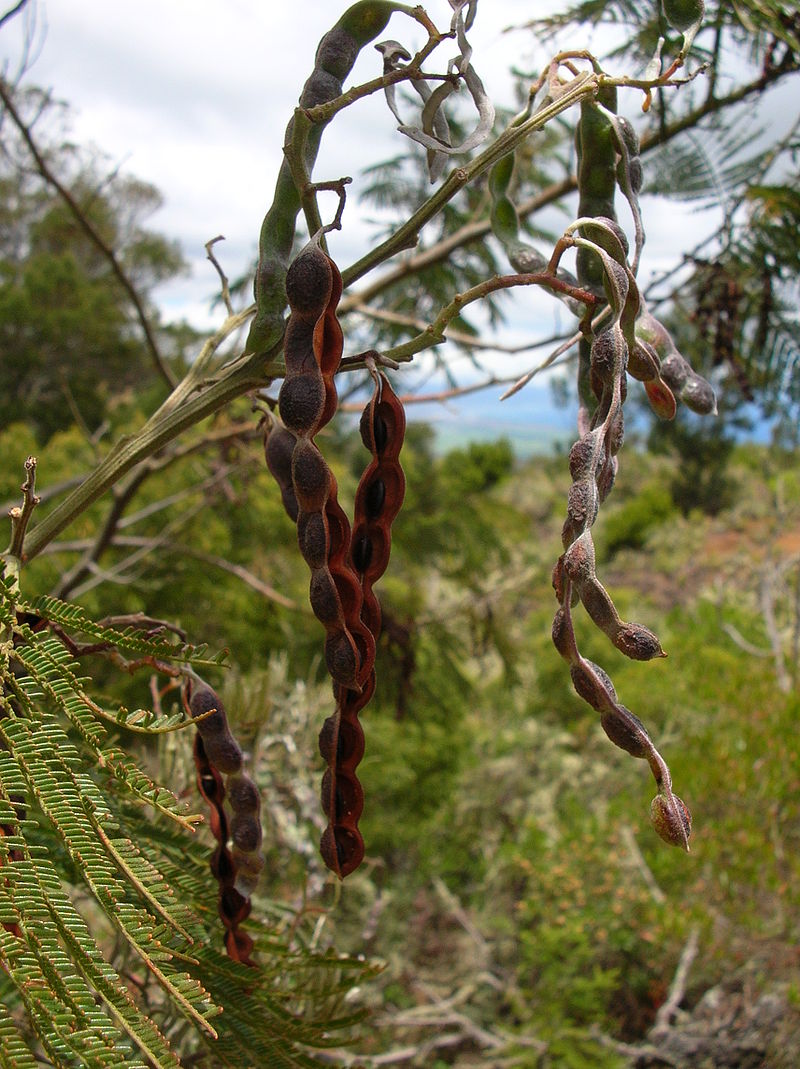 The Black Wattle plays an important role in Australia's ecosystems. As a pioneer plant it quickly binds erosion-prone soil following bushfires. Like other leguminous plants, it fixes the atmospheric nitrogen in the soil. Other woodland species can rapidly use these increased nitrogen levels provided by the nodules of bacteria present in their expansive root systems. Hence they play a critical part in natural regeneration after bushfires.

Spreading tree which grows to 5 - 15 m tall. Bark is smooth and of greenish-brown colour on young branches. Blackish and rough on trunk. Distinct yellow flowers in September to December.

Fern-like bipinnate leaves (leaflets that are further subdivided in an arrangement of leaves on either side of the stem). Olive green in colour. Raised glands are present at the junction of and between each pinnae (little leaf).

Seed pods are dark brown to black in colour with a straight to curved shape. They are flat and are 3 - 12 cm in length and 4.5 - 8 mm wide. Seed pods are leathery to touch and strongly constricted between seeds. 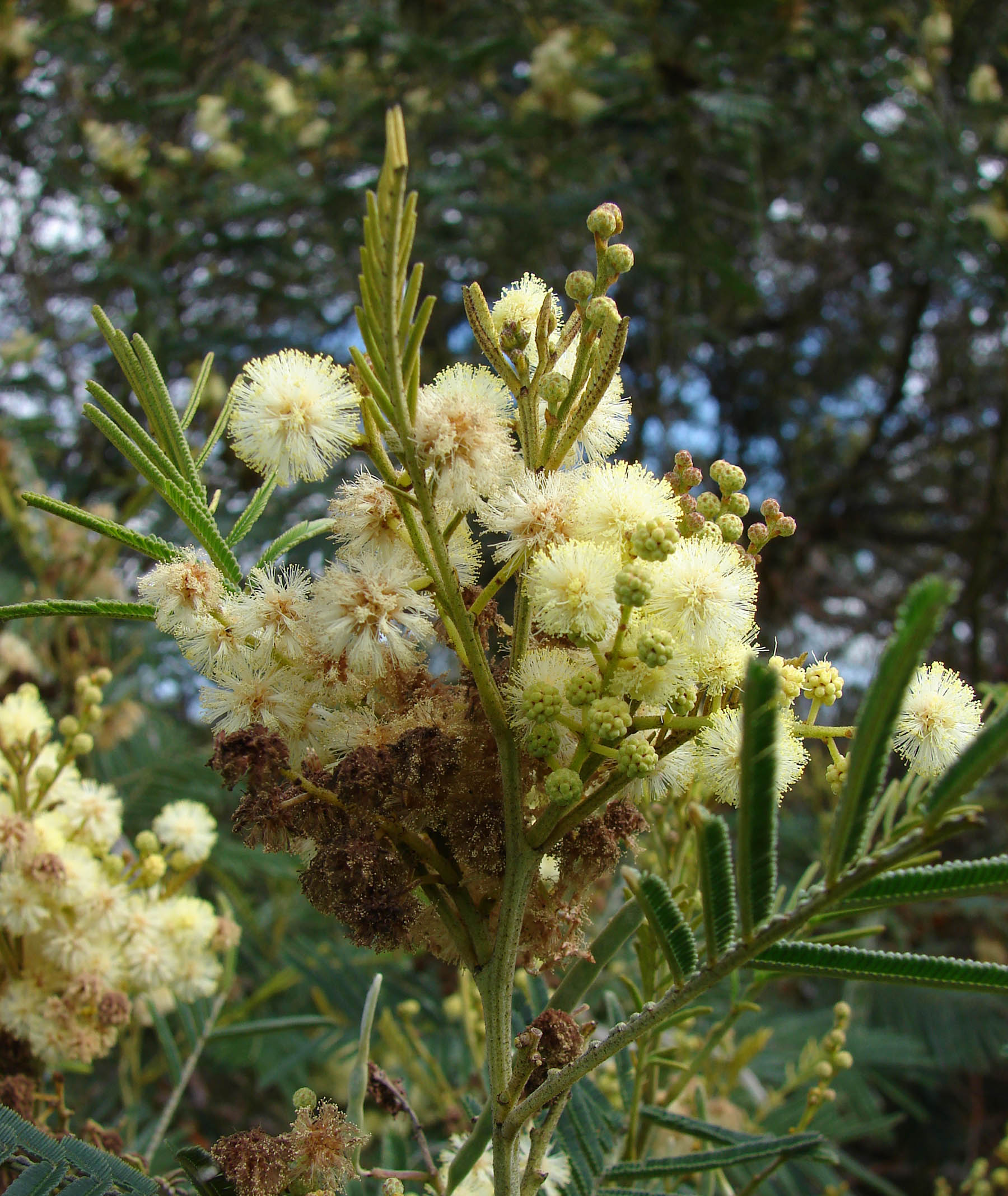 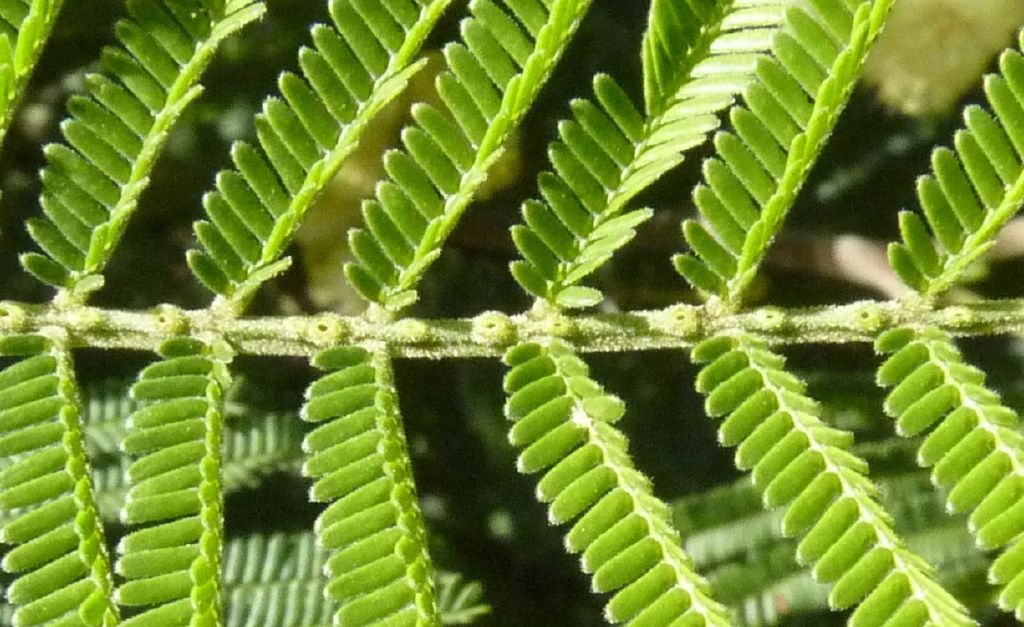 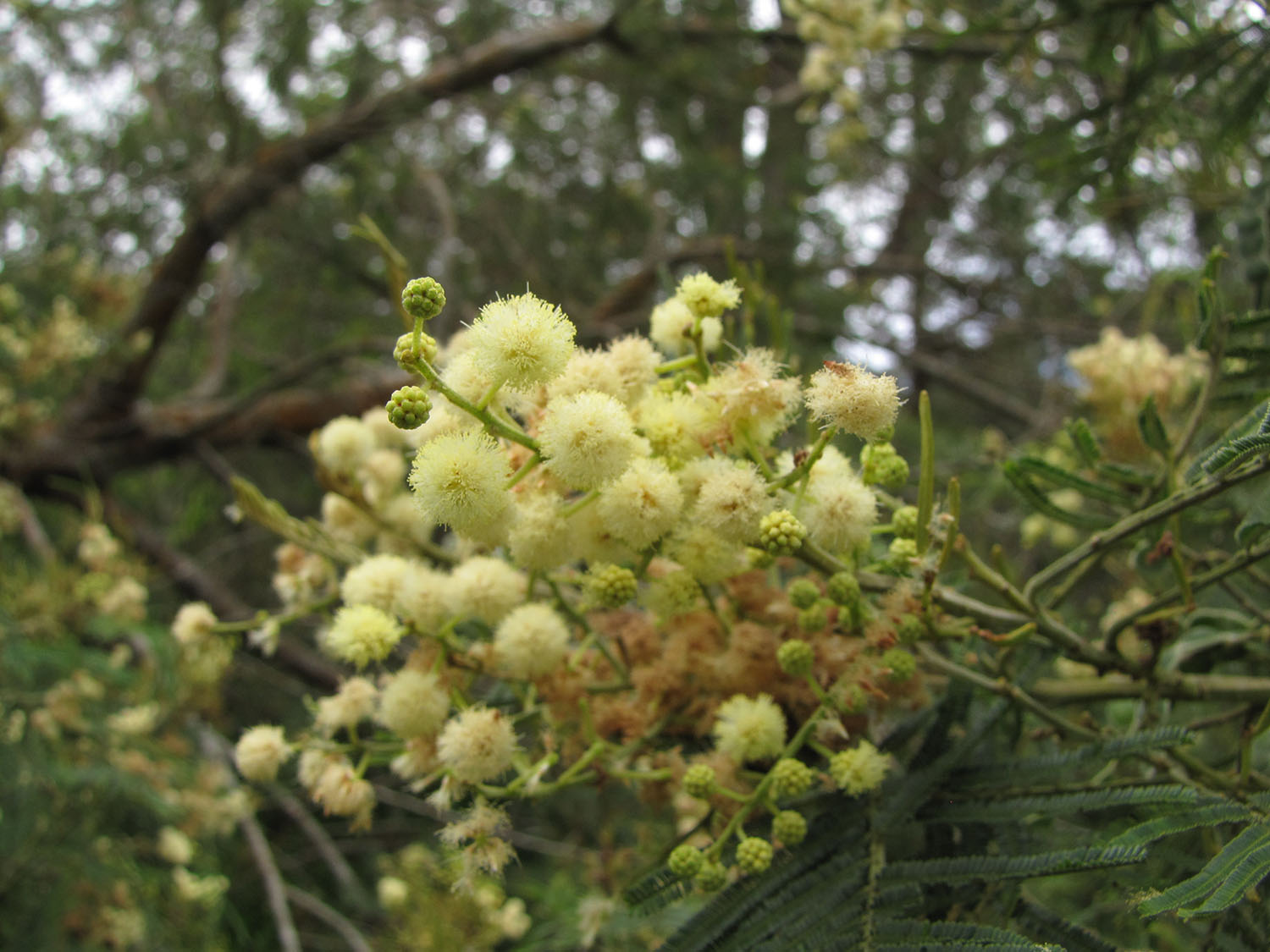 In Victoria only there are two similar species.

Silver Wattle (Acacia dealbata) only has glands at the base of the pinnae and generally flowers earlier. Black Wattle has darker green, non-silvery foliage.

Early Black Wattle (Acacia decurrens) is an introduced species native to NSW and is considered an environmental weed in Victoria. Its branches are angled and its dark green foliage has well separated pinnules.