Grouped yellow flowers in a spike, up to 8 cm long, develop from February to August. 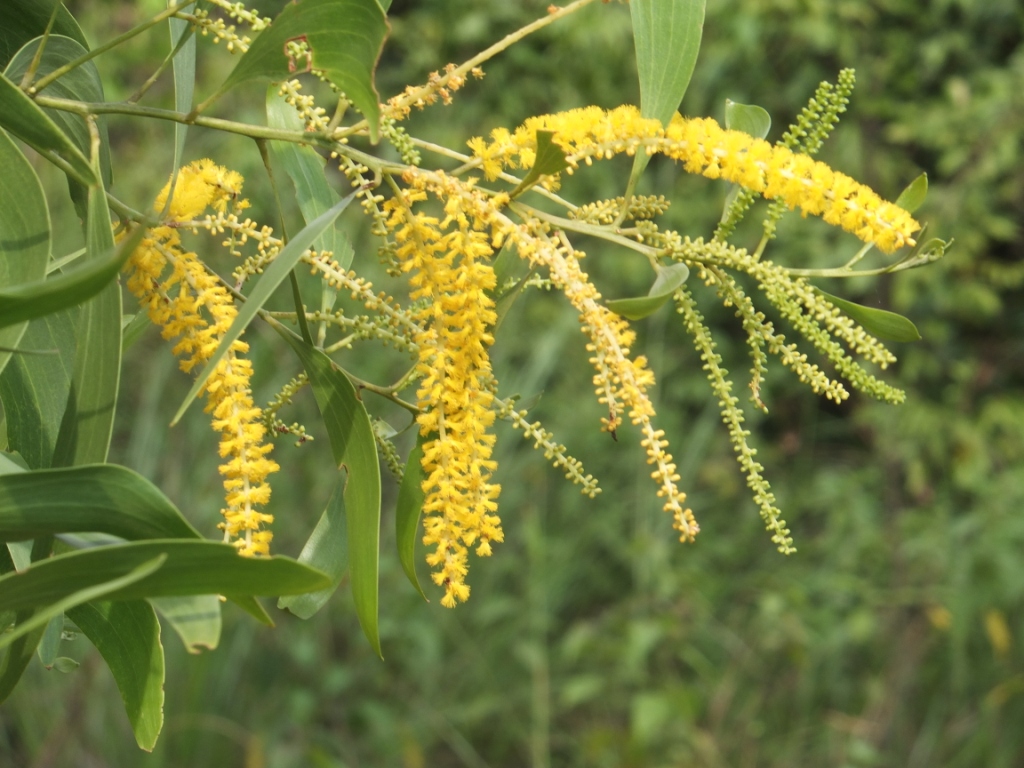 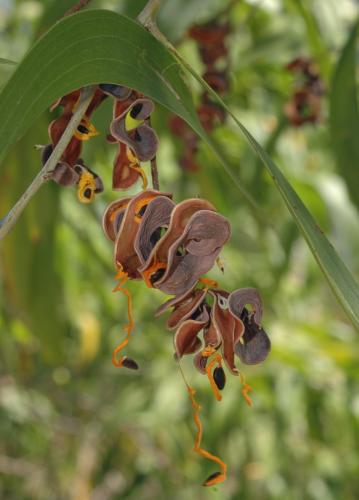 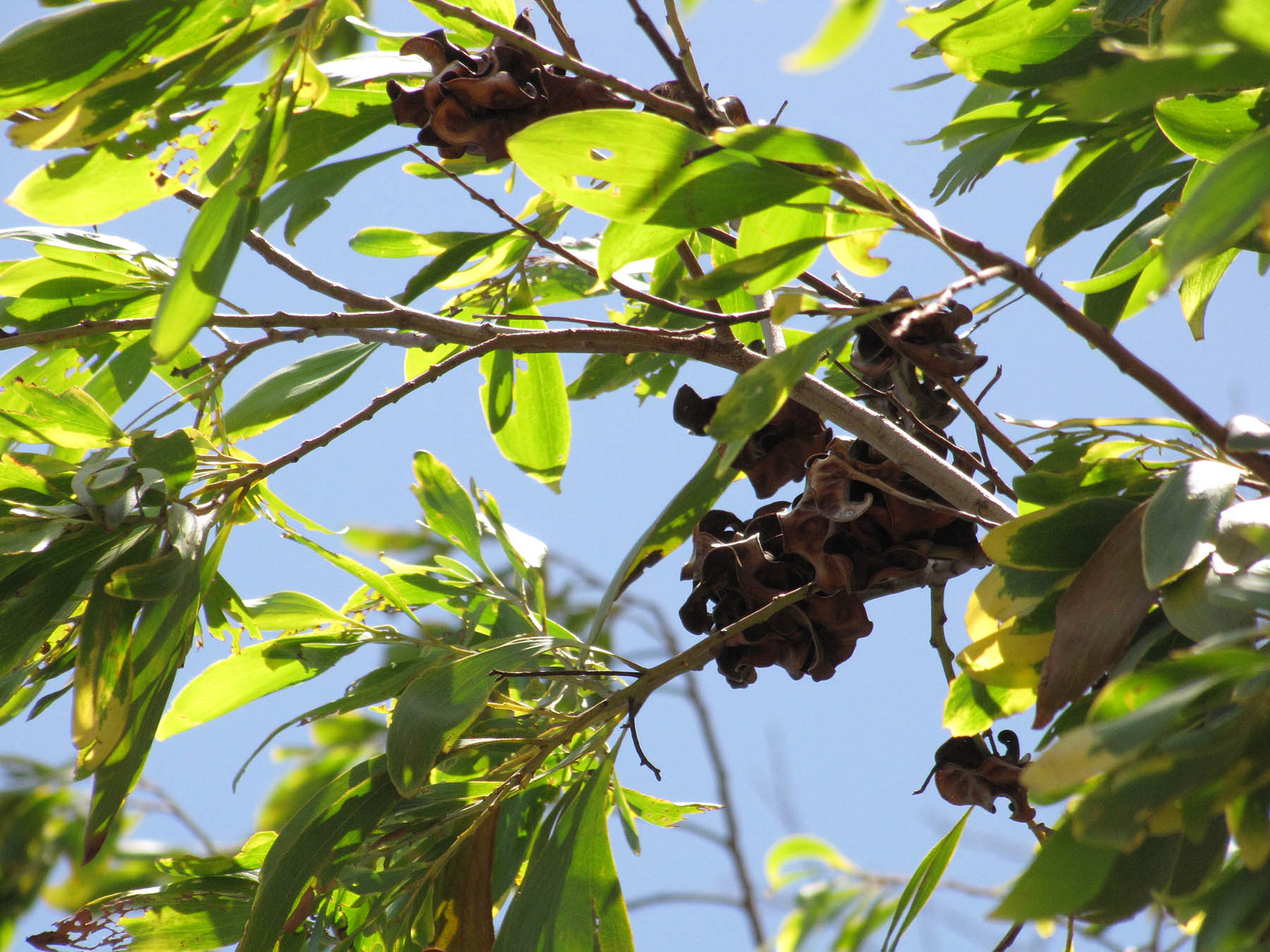 Acacia polystachya can be distinguished by smaller bladed leaves that have a red or pink gland visible on the upper side. Flowers are also spiked, but are sparse and white, with pods that are usually twisted, curved or coiled to some extent.

A. auriculiformis shares the same common name as A. mearnsii which is unrelated and found in all states except Northern Territory.

Remember the flower (spike) colour can help distinguish between species.