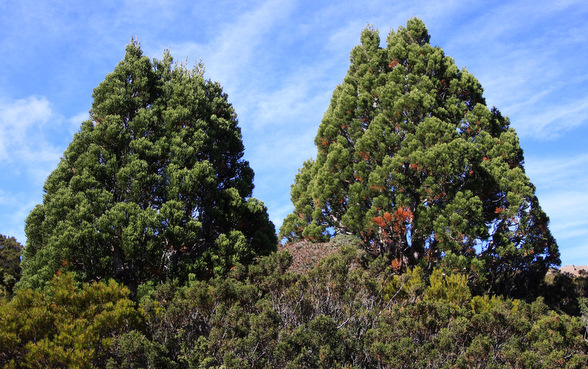 Pencil pine is slow-growing; it can take more than 50 years to reach 1 m tall, but it can live for 1300 years, placing this species amongst the longest lived trees in the world.

A conifer tree usually with a classic conical shape. Grows up to 15 m tall, smaller in exposed environments. Older trees often have multiple trunks and some dead branches.

Male and female cones usually on separate branches, at the tips of the stems. Male cones small (4 - 5 mm diameter), develop between February and May, persist until spring. Female cones 12 - 15 mm diameter, develop between September and February, cones can persist for several months after seed shed in autumn. Gold in colour, becoming reddish-brown with age.

Large quantities of cones are produced during ‘mast’ years, typically every 5 - 6 years, with much less fruiting in other years.

Seeds mature and are released between April and May. 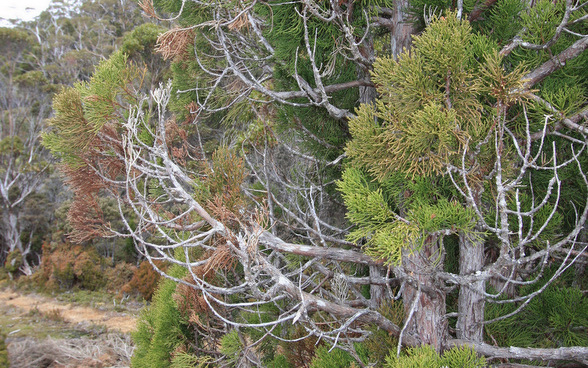 Pencil Pine faces a number of threats, including lack of recruitment due to grazing pressure, destruction by wildfire and long-term impacts of climate change. We know it is likely to suffer from moisture stress if its habitat becomes warmer and drier, but it is harder to predict how climate change will influence factors such as competition with other tree species, outbreaks of pests or diseases and the incidence of wildfire.

Timing and patterns of fruiting are likely to alter in response to climate change. The 5 to 6 yearly synchronised mass seeding may already have changed to a more variable and unpredictable pattern. 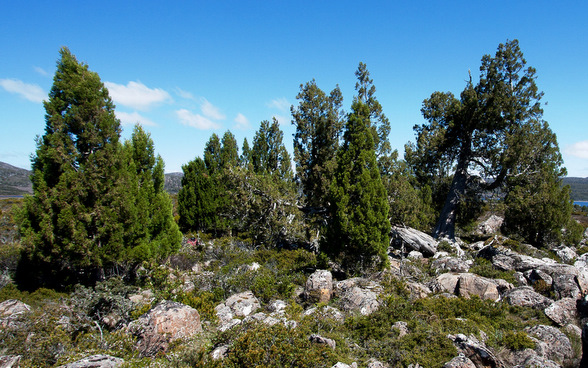 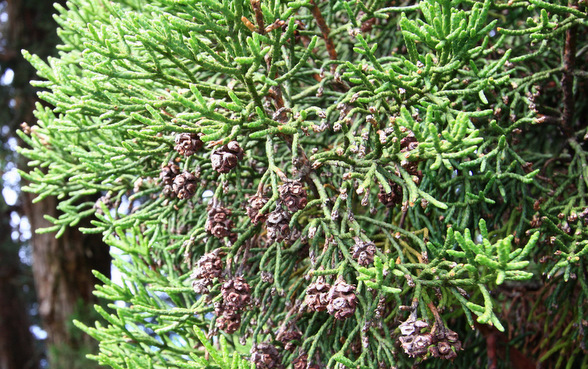 King Billy Pine (Athrotaxis selaginoides) has larger sharply-pointed leaves which are not tightly clasped to the stems. Hybrid Pencil Pine (A. x laxifolia) has foliage that is slightly spreading from the stem.