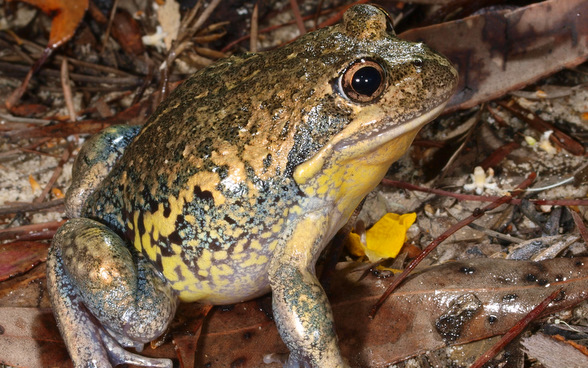 This frog goes by several common names: Eastern Banjo Frog, Eastern Pobblebonk Frog and Southern Bullfrog. The first two are based on its distinctive 'bonk' call which sounds similar to the string of a banjo being plucked.

Its back ranges from grey, to olive-green, dark brown or black, with dark marbling or flecks. It has a pale yellow stripe running from under its eye to its arm, a dark band above this, and may also have a pale stripe running down its back. Its sides commonly have a purple or bronze sheen, mottled with black. Its belly is white and sometimes mottled with grey. Its back is warty and rough but its belly is smooth.

A prominent gland on the outer side of its hind leg (its shin) and a fleshy lump at the base of each hind foot.

Males call when in water and concealed by floating vegetation, or less commonly from the water’s edge. When one frog starts to call, others will often join in. Their call is a single “bonk” or “plonk” and is usually repeated every few seconds. Some individuals will produce a rapid series of “bonk-bonk-bonk”.

Small invertebrates, for example flies and other small insects.

During dry periods it burrows into the ground and waits for rain, after which it emerges to feed and breed.

Males call to attract females from August though to April, most intensely after heavy rain. Females lay their eggs in a floating foam of bubbles (often attached to and concealed in vegetation) in the still waters of swamps, streams, dams and ponds. 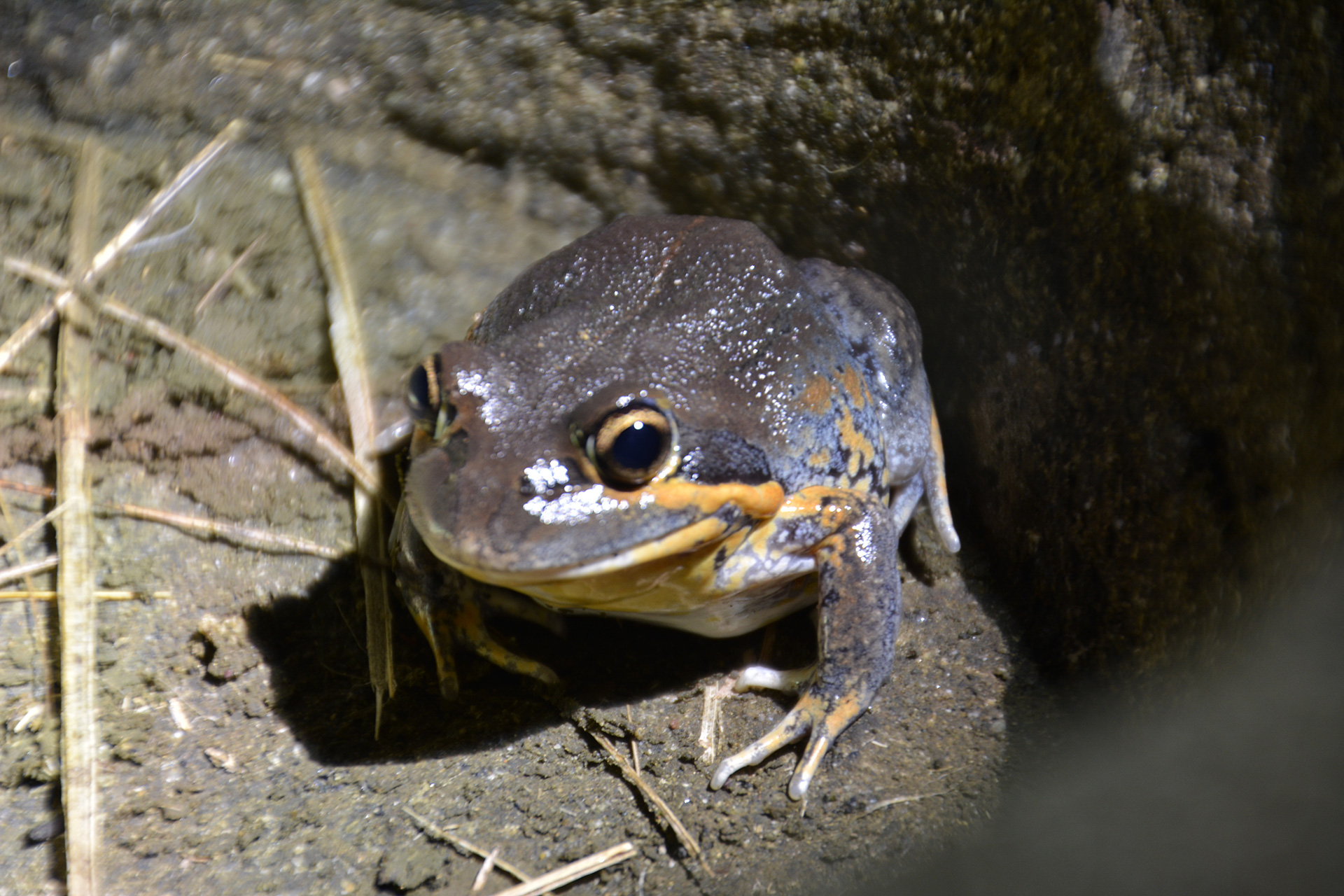 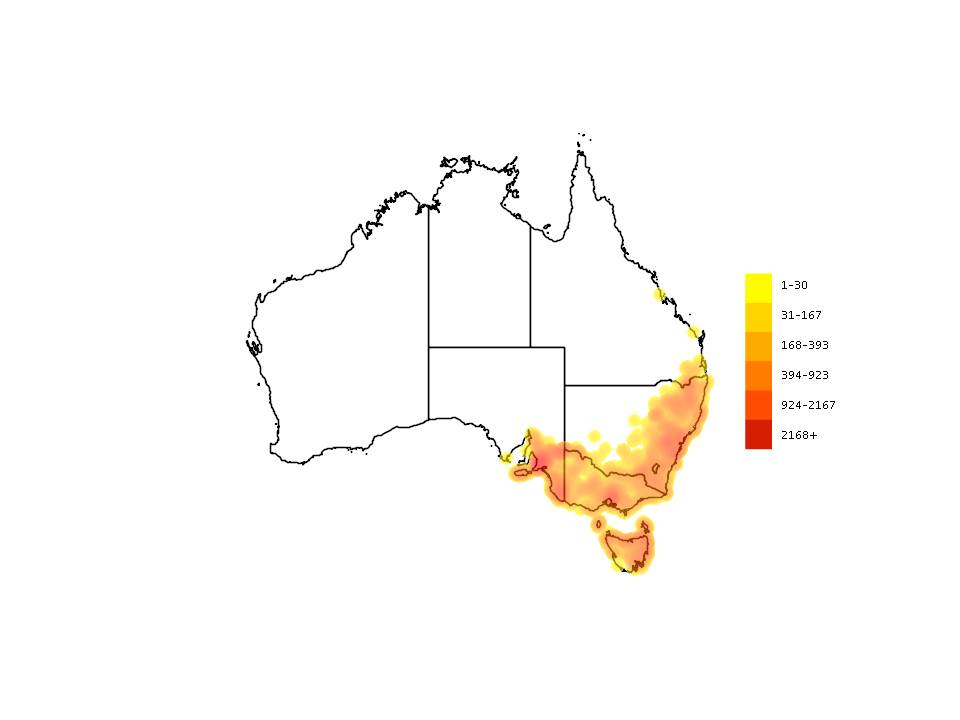 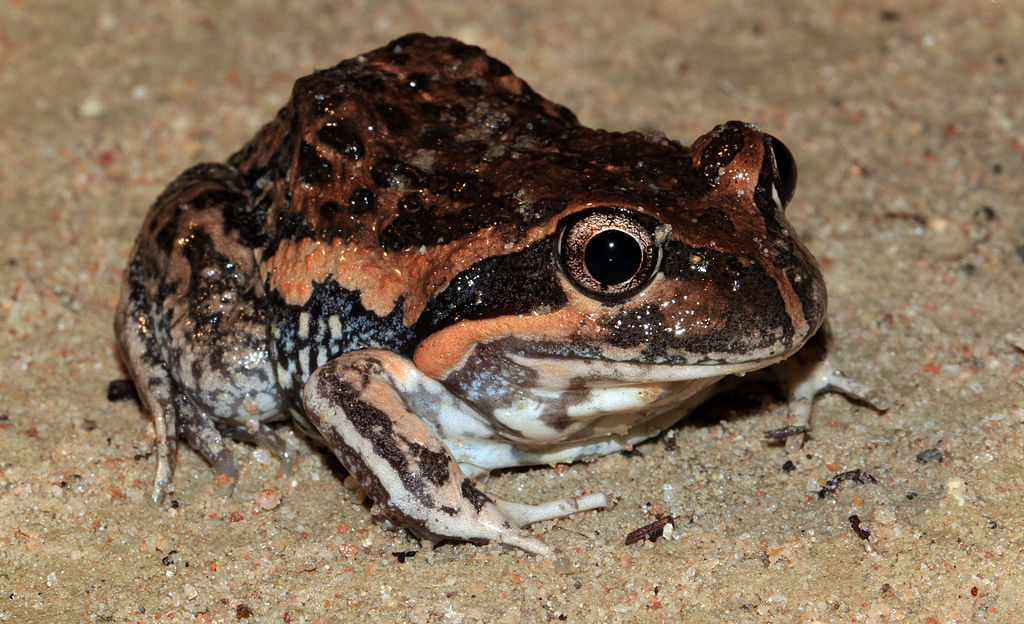