Ground-dwelling froglet with a slender body, slender limbs and slightly pointed head that is wider than long. The pupil is horizontal and the tympanum (eardrum) indistinct. Usually this frog is discernible by its distinctive ‘crick-crick’ call.

The Common Froglet has extremely variable markings, with great variety usually found within confined populations. The colour varies from dark brown, fawn, light and dark grey. The colour of the ventral surface is similar to the dorsal surface, but speckled with white spots. The dorsal surface may be smooth, warty or have longitudinal skin folds.

On average about 200 eggs are laid in small clusters attached to submerged vegetation, the tadpoles and eggs survive in 14-15 °C water.

Tadpoles are brown or light grey all over with scattered dark flecks. Tadpoles are about 36mm in length. Development is relatively short, however it is dependent on environmental conditions. At a temperature of 15 °C development can range from 6 weeks to more than 3 months.

Adults have a granular belly which is white or muddy white, heavily mottled with black or dark brown. The patterning on the back is variable but three distinctive patterns are recognised: 1. ridged (longitudinal ridges along back), 2. lyrate (boomerang shaped ridges over the shoulder and on the back) and 3. smooth (back smooth, unpatterned, or with small warts).

Average size of the Common Froglet is approximately 18-28mm.

Breeding can occur any time of year except mid-summer. 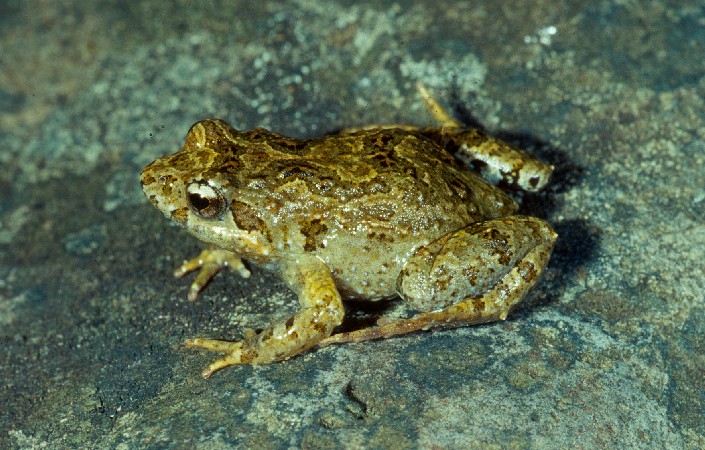 They may start appearing in new areas as warmer temperatures enable them to live in environments that were previously too cold for them. Since breeding is linked to rainfall, increases in rainfall in north-west Australia may lead to increased numbers. 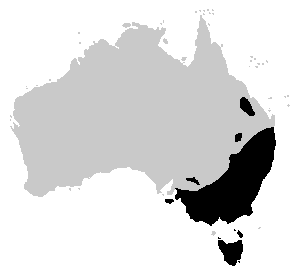 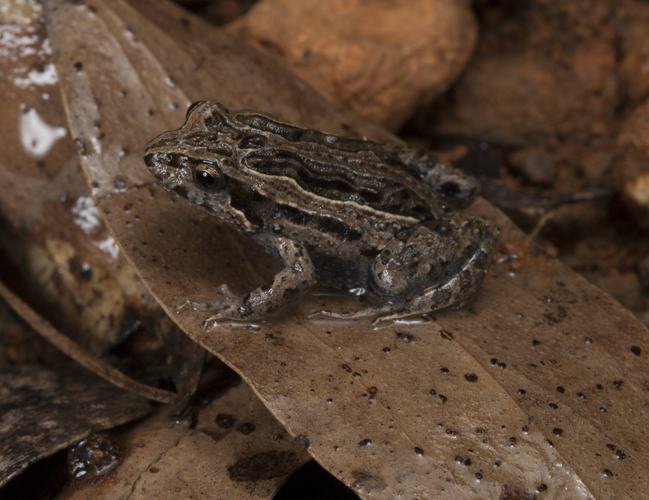 Look for any changes in the timing of their calling or breeding as well as changes outside of their known range so remember to look beyond these regions.

It can most easily be distinguished from other Crinia species by its call.