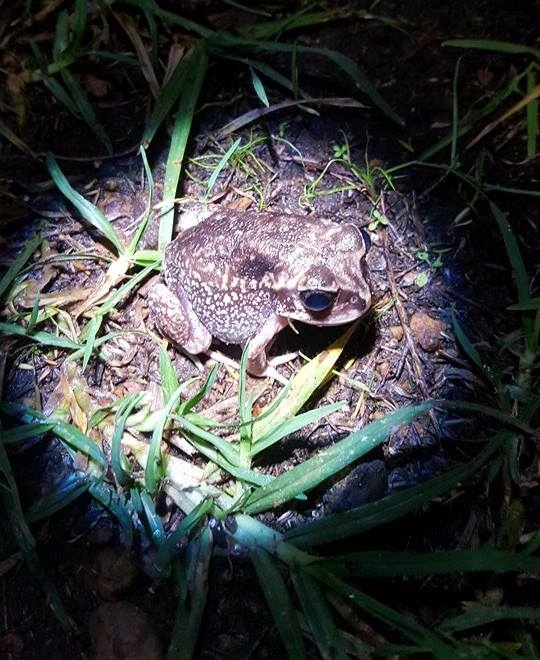 The moaning frog is a burrowing frog native to south-western Western Australia. This frog is quite rotund, with a large head and bulbous eyes.

Brown or slate back with irregular yellow patches. Males have large limbs but show no distinguishing sexual features.

Densely mottled with black and gold. Have a red or gold vertebral stripe and curved lateral line.

A long and rising slow moan. Males usually call from the breeding burrow.

Clutches of 80 – 500 eggs are laid in a burrow dug at an angle to the horizontal land surface. Larvae hatch and remain in the foamy egg mass until the burrow is flooded. Tadpoles feed for several months. Metamorphosis is usually in September or October. 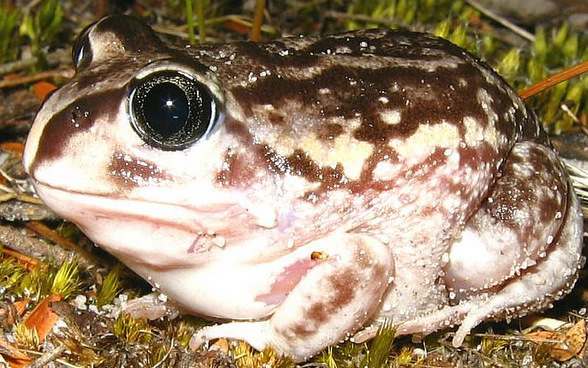 We expect Moaning Frogs to start calling and breeding later in the year due to later autumn rains in the South West of Australia.

They may also start appearing in new areas as warmer temperatures enable them to live in environments that were previously too cold for them. 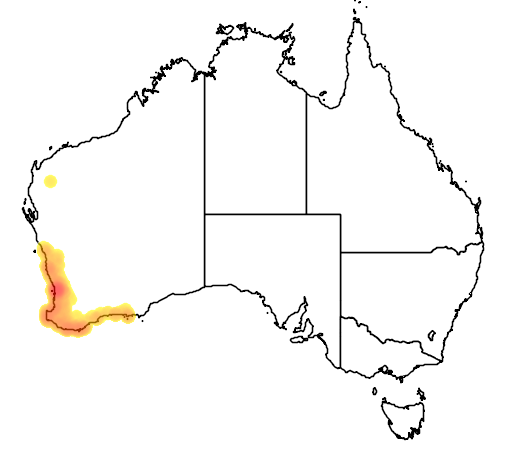 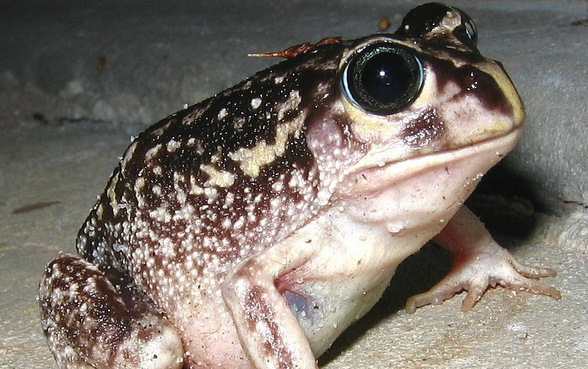 This frog can be distinguished from other Heleioporus species by its size, call and lack of nuptial spines.