The motorbike frog is a ground-dwelling tree frog found in Southwest Australia. It gets its name from the male frog's mating call, which sounds like a motorbike riding past and changing gears. Other common names are Moore's frog, the western bell frog, western green and golden bell frog, and western green tree frog.

Back is green with gold mottling (after basking in sunlight). Can be almost dark brown in colder conditions. The underside usually ranges from very pale green to light brown.

Large translucent yellow with darker areas. As they develop they become darker with deep fins and a pointed tail tip.

A dark stripe runs from the snout, over the eye and tympanum (tight membrane covering the entrance to the ear) to the forearm insertion.

Despite being a tree frog rarely climbs higher than one or two metres.

Starts in early spring and can continue into summer. A large number of eggs are laid in clumps attached to floating or slightly submerged vegetation. Larvae can be found throughout summer. Metamorphosis is often as late as April. Tadpoles are dark with deep fins and a pointed tail tip. 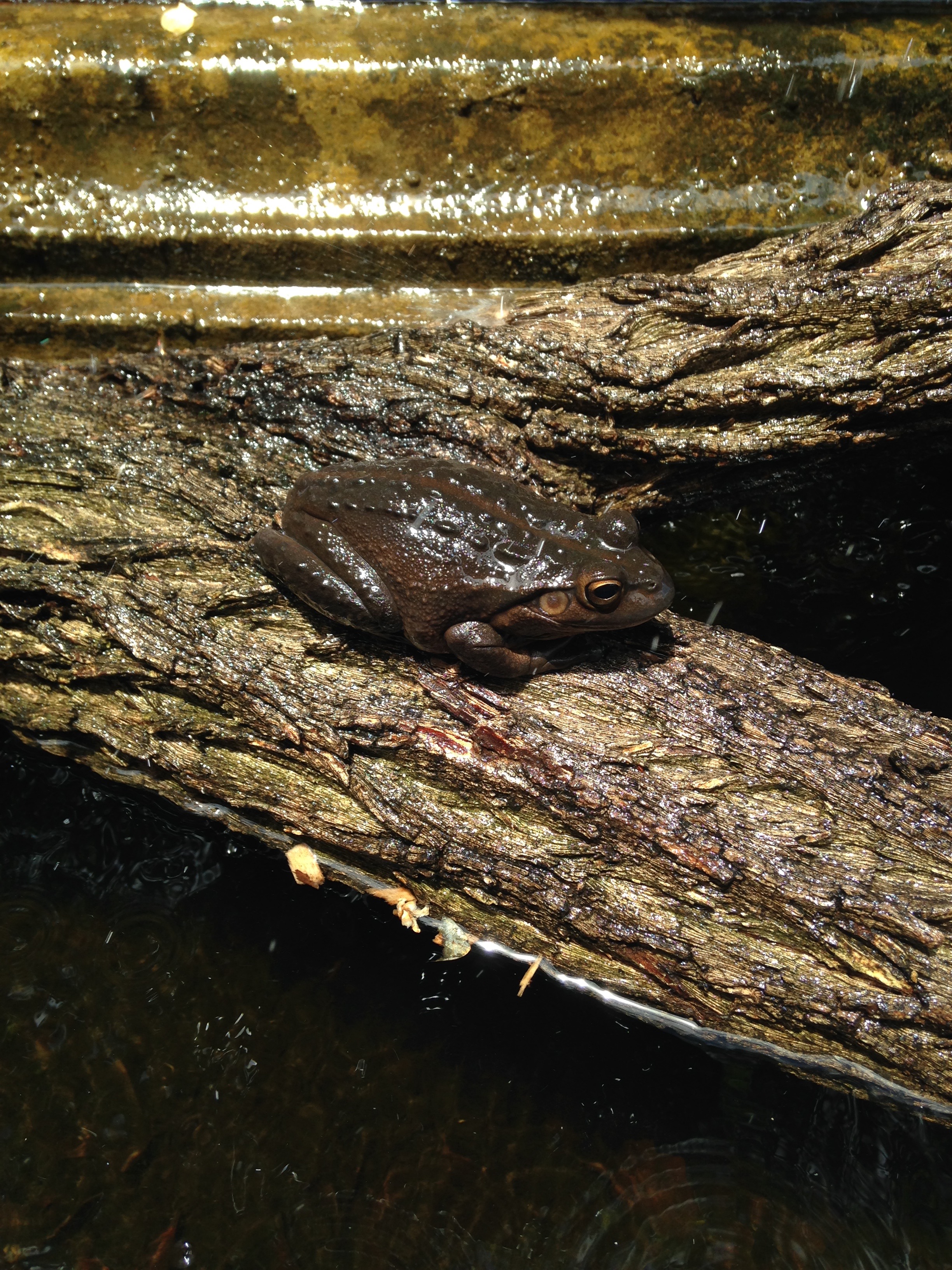 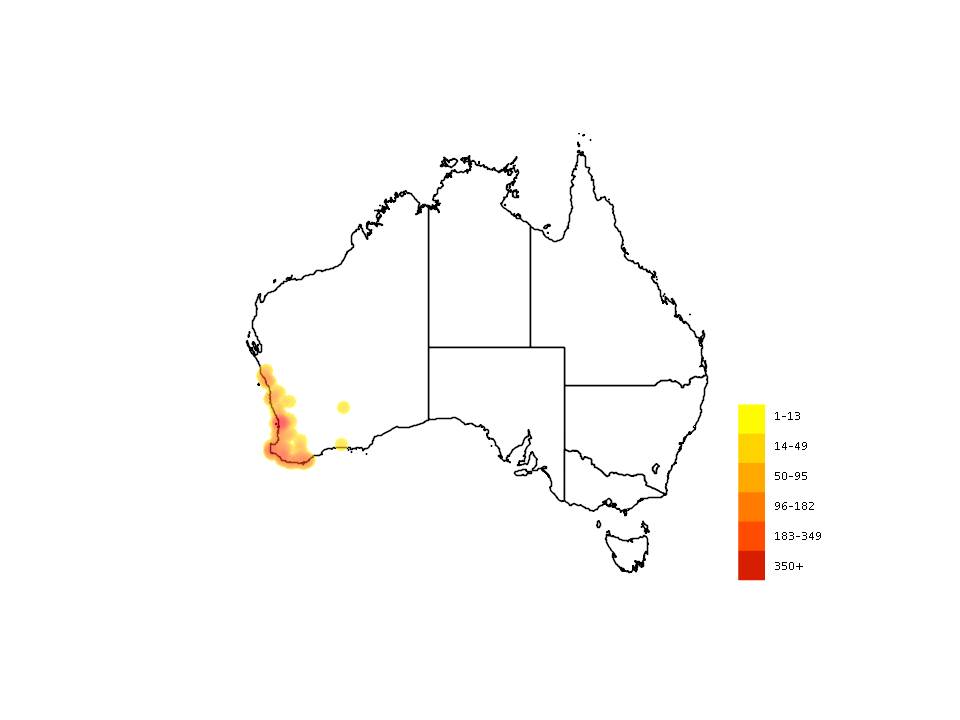 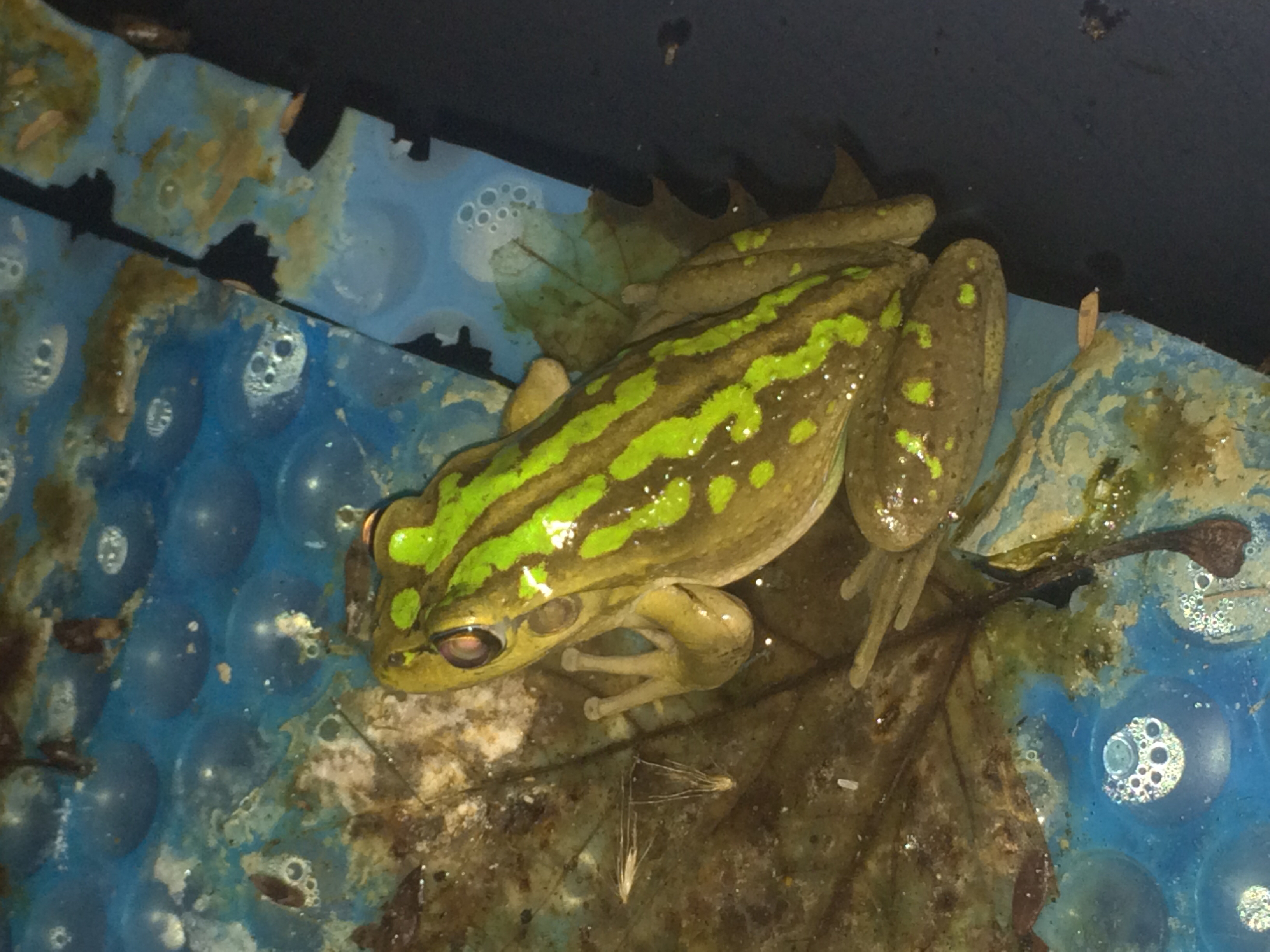 The Spotted-thighed Frog Litoria cyclorhyncha doesn’t have the blue-green colour in its groin, instead it is replaced by bold black and white spots.