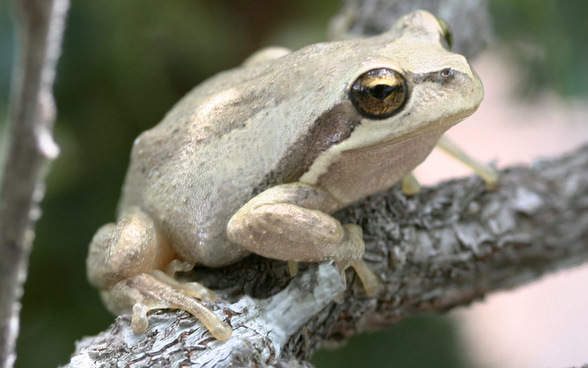 Ranges from pale fawn, cream, or orange to light brown, although some individuals in western Victoria and South Australia are partly or completely green. It has a wide brown band that starts from between its eyes and runs down its back. Darker flecks are also scattered across its back. It has a narrow black or brown stripe that runs from its snout to its shoulder, and a pale stripe that runs from below its eye to the base of its arm. Its belly is white to yellow and breeding males have a light brown vocal sac (beneath their mouth).

Its back is smooth with small lumps, its fingers have no webbing and its toes are half webbed.

Males call when hidden among vegetation in water, or at the water’s edge. Less commonly, they can be heard calling far away from water. Their call is a series of rapid, harsh whirring, pulsing notes (“creeeeeee creee creee cree cree cree”) that are repeated between 5 and 15 times, and the first note is usually held the longest.

Insects, which it can leap to catch in mid-flight!

Males call to attract females throughout the year, but more frequently and intensely after heavy rain. Breeding peaks in late winter/early spring and in autumn. Females lay their eggs in jelly clumps (usually under water, attached to submerged vegetation), in the still waters of streamside ponds, dams, lakes, and flooded roadside ditches and ponds. The tadpoles hatch after four to six days. 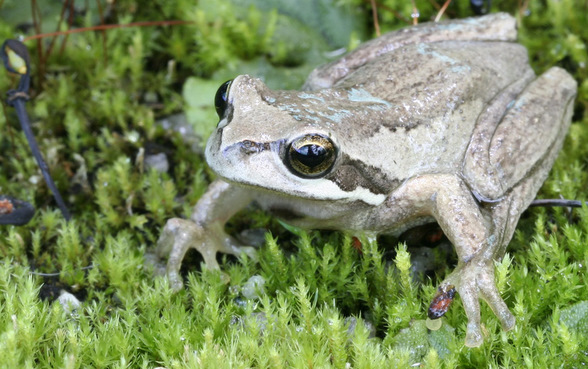 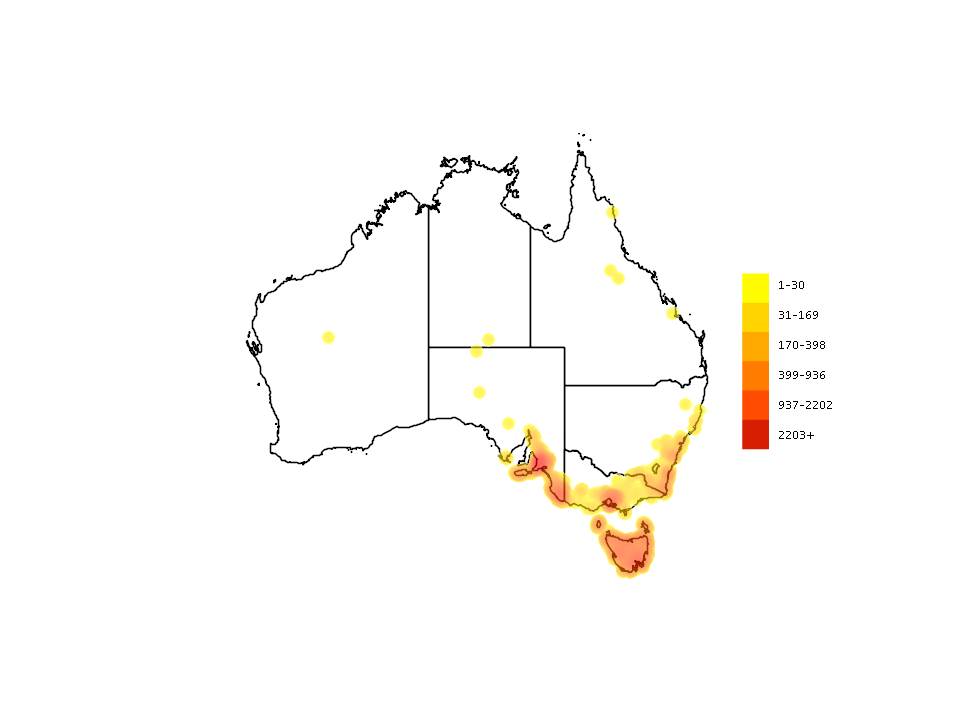 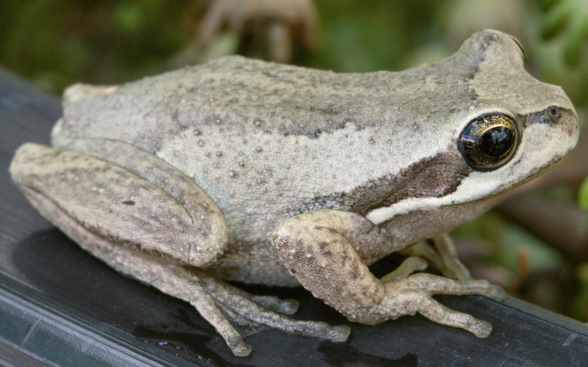 Victorian Frog/False Ewing's Tree Frog (Litoria paraewingi) is generally smaller, with a slower call and not normally found in the same areas.

Verreaux's Tree Frog (Litoria verreauxi) has dark or black blotches on its sides, and its finger/toe pads are only as wide as, not wider than, its fingers/toes.