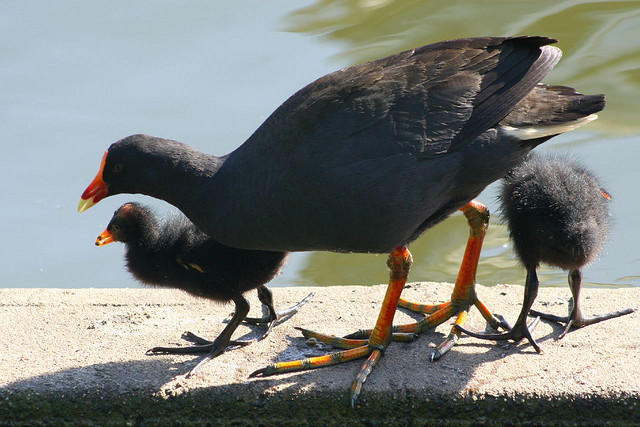 Feeds in water and on land, algae, water grasses, seeds, fruits, molluscs and other invertebrates. Will upend in water when feeding but does not dive.

Builds nest amongst reeds or on floating platforms in open water 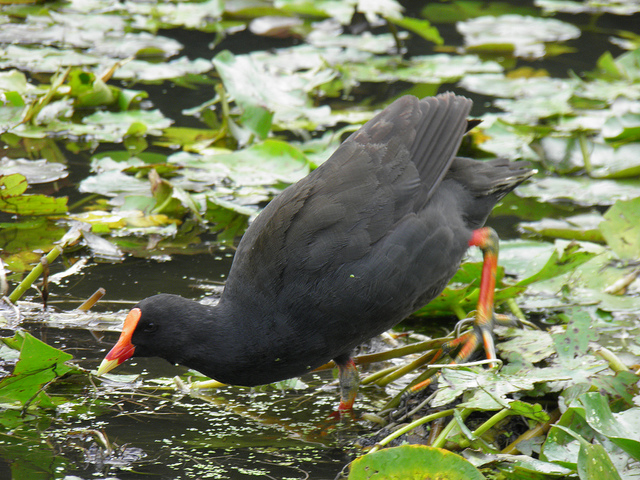 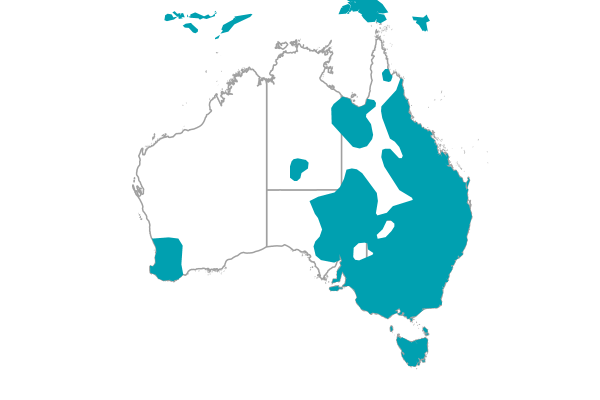 Keep an eye out year round. Breeding from August - March. 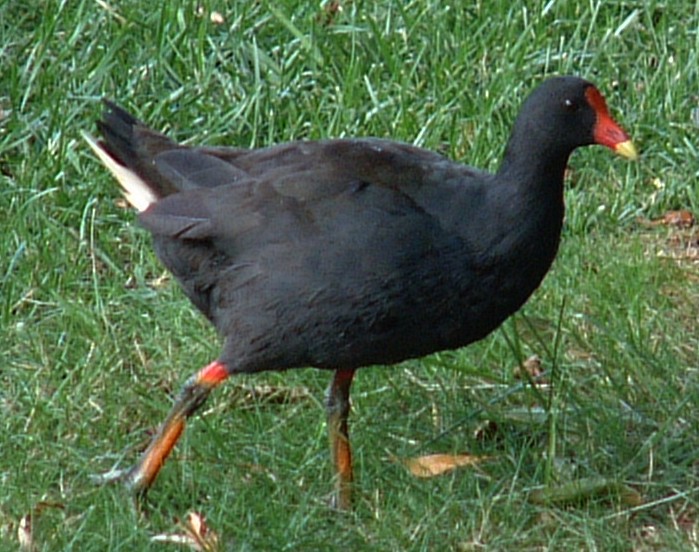 Purple Swamphen (Porphyrio porphyrio) is larger with a bright purple front and all red bill and shield.

Black-tailed Native-hen (Tribonyx ventralis) is a large, stout, fleet-footed rail with an erect narrow black tail which is held folded; mainly brownish-grey, with white spots on the flanks. The bill and frontal shield is green, with an orange-red lower mandible. Legs and feet are bright pink with a bright yellow eye. Seen in pairs and sometimes large groups.

Tasmanian Native Hen (Tribonyx mortierii)is a large, heavy bodied, flightless bird found only in Tasmania. It has a large yellow bill, a red eye, brown head, back and wings and is slate grey on its underparts. The contrasting black tail is long and narrow and is flattened along the mid-line. The legs are powerful and grey in colour.

Bush-hen (Amaurornis moluccana) has brown back and wings and grey throat and chest with rusty tan coloured rear and under the tail. The bill and legs are greenish. It is not often seen as it spends most of the time in dense vegetation near water. It is a good swimmer and also wades in shallow water.