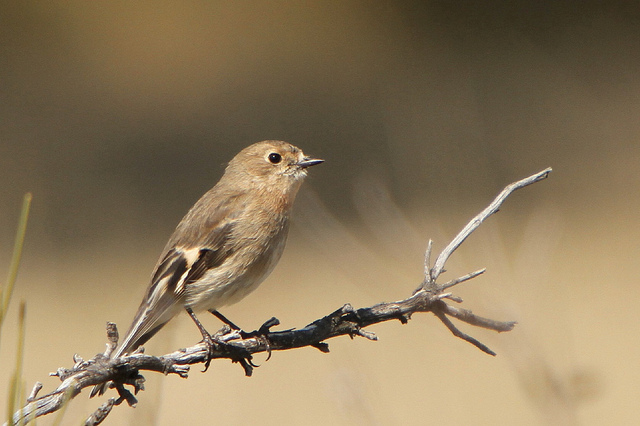 An adult male has a bright orange breast and throat, with white on its lower belly and under its tail. The upperparts are dark slate grey and there is a clear white stripe on its folded wing. It has a black beak and dark brown legs. A female is mostly grey-brown with a pale buff strip on its wing. Its outermost tail feather is mostly white. A young bird looks like an adult female, but its back has buff streaks and its belly is pale with brown streaks.

An attractive high-pitched musical trill consisting of three sets of three notes, sometimes written as “you may come, if you will, to the sea”.

Insects, spiders and other small arthropods.

It catches its prey on the ground by pouncing on it from an exposed lookout, then returns to its perch to eat. Outside of the breeding season it often feeds in a scattered flock, otherwise it’s seen alone. During winter it’s more likely to feed in open areas, including gardens.

The female builds a cup-shaped nest made of grass and bark, held together with spider web and decorated with lichen. The nest is located in a cavity in a tree or rock face, up to 20 metres above the ground. She lays three to four pale green or blue eggs, spotted with brown, and she sits on the eggs to incubate them. The young birds hatch after 14 days and leave the nest after a further 16 days. The male searches for food, and both parents feed the young birds. There are often two broods in a season. 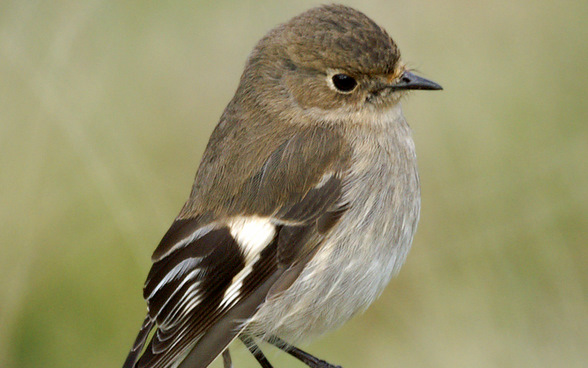 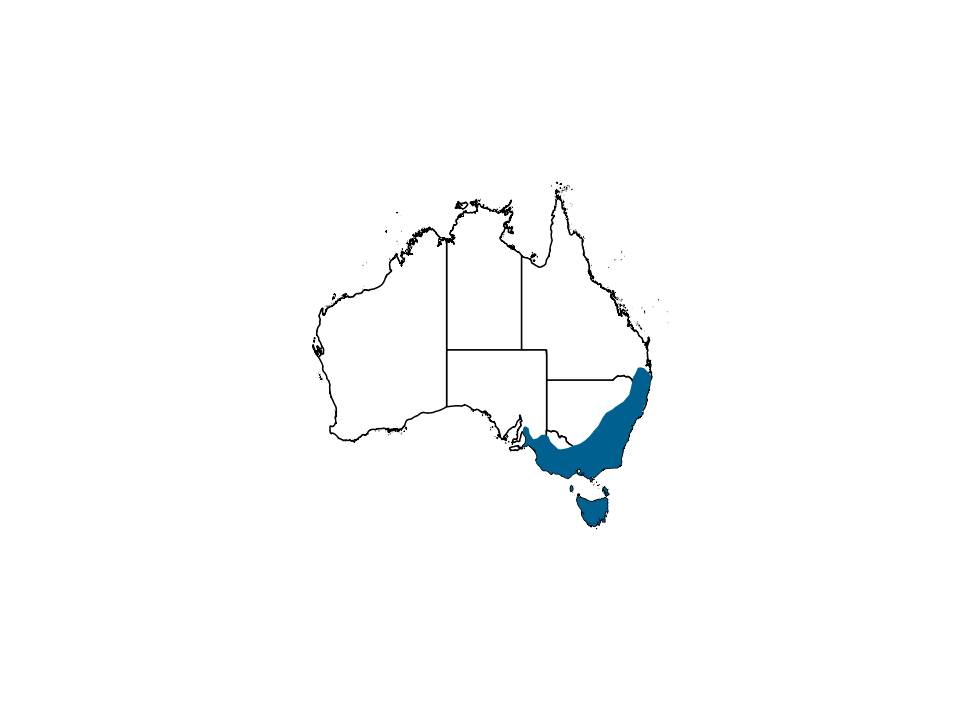 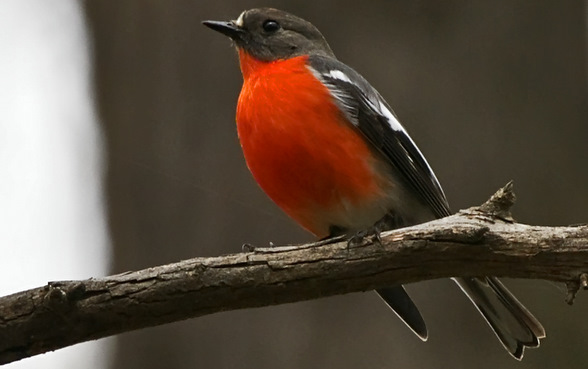 Scarlet Robin (Petroica boodang) has black upperparts and throat, red underparts and a larger white patch above its beak.

Another robin won’t have the white outermost tail feather nor white edging on the next feather.