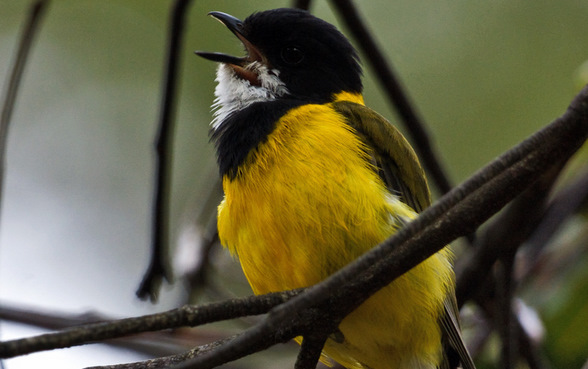 The adult male has a bright-yellow underbody, olive-green back and wings, and a black head with a bright-yellow collar. Its throat is white, with a broad black band which separates it from the yellow breast. Its beak and legs are black. The adult female has grey upperparts with a pale olive tinge, and is pale grey below with a pale yellowish tinge. Its beak is dark brown and its legs are grey-brown. Both sexes have a red-brown eye. Juvenile birds are rufous above and below, and as they mature, gradually resemble a female, though they retain some rufous feathers in their wings.

Strong, musical and varied, it includes a "we-we-we-tu-whit", with the last note stronger and whip-like, and a rising "seep".

Insects and their larvae, as well as spiders and other small arthropods. It also very occasionally eats berries. It hops from branch to branch as it searches for prey on leaves and bark; but seldom forages among leaf litter.

It usually remains in the same area throughout the year, though some birds descend from higher altitudes to spend autumn and winter in lowland areas, and return to the hills in spring.

The female usually builds the nest, though sometimes she is assisted by the male. The nest is a shallow bowl made of twigs, grass and bark, bound together with spider web and lined with fine grass. The female usually lays two or three eggs which are incubated by both parents for up to 17 days. The young birds remain in the nest for up to 13 days, and both parents feed and brood the young. They breed one brood a year. 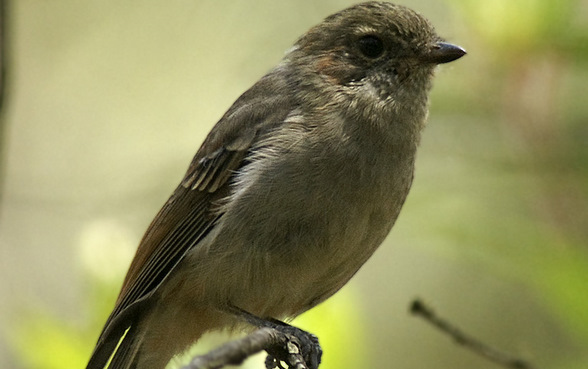 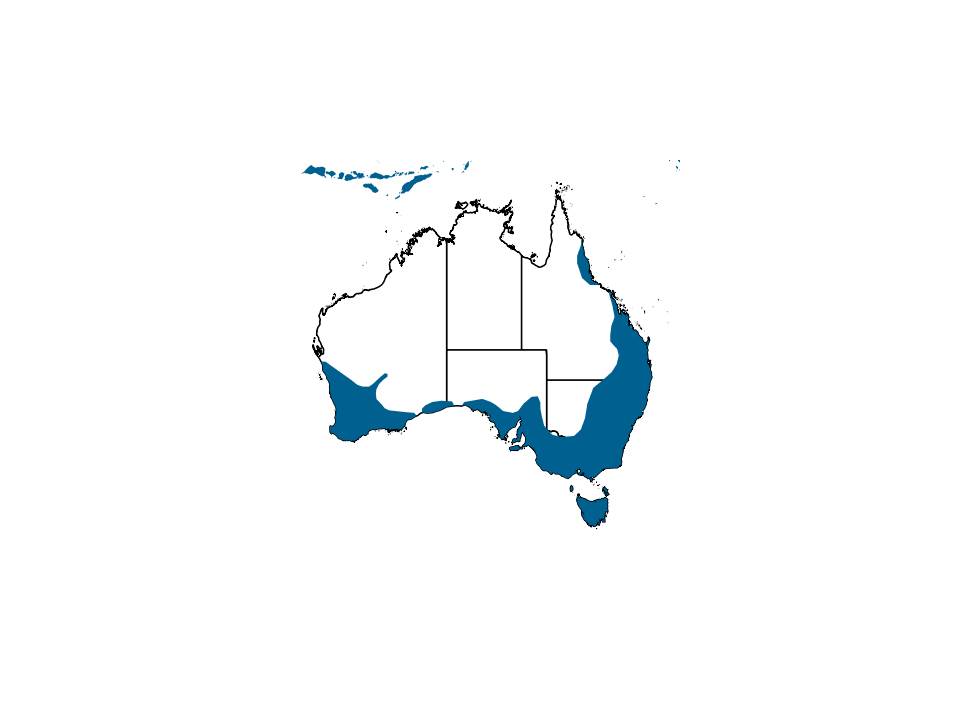 From August to February for breeding behaviour. During winter for migratory birds that have moved to lowlands. 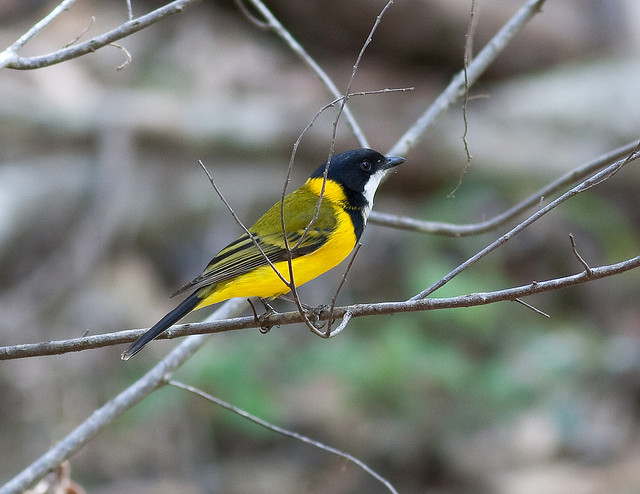 Mangrove Golden Whistler (Pachycephala melanura) the male has brighter underparts than the Golden Whistler, has a broader collar, and a slightly shorter tail. The female has yellowish underparts. It also has a longer beak and is only found in the mangroves of coastal northern Australia.