Its head and upperparts are mostly dark grey, with a white eyebrow and throat, a narrow grey band across the upper breast and a creamy-buff belly. The feathers of its long tail have white edges and tips, and the tail is often fanned out.

Tinkling whistles and squeaks, which may be repeated to develop a song.

Flying insects, which are caught in the air by chasing them, usually after launching from the edge of foliage of trees or shrubs. Insects may be caught at all levels of the canopy.

Agile but erratic flight with characteristic aerial twists and turns which make it easy to recognise. Many populations appear to undertake seasonal movements, with some migrating north during autumn and winter, and others moving to lower elevations during the cooler months.

Both parents build the nest in the narrow fork of a tree, 2–5 metres above the ground; it is made of fine grass held together with spider webs. The bottom of the nest may have a long, tapering stem resembling a wine glass. Two or three spotted, pale buff eggs are laid and then incubated both parents for 14 days. Then both parents feed the chicks for 12 days, after which the young fledge. 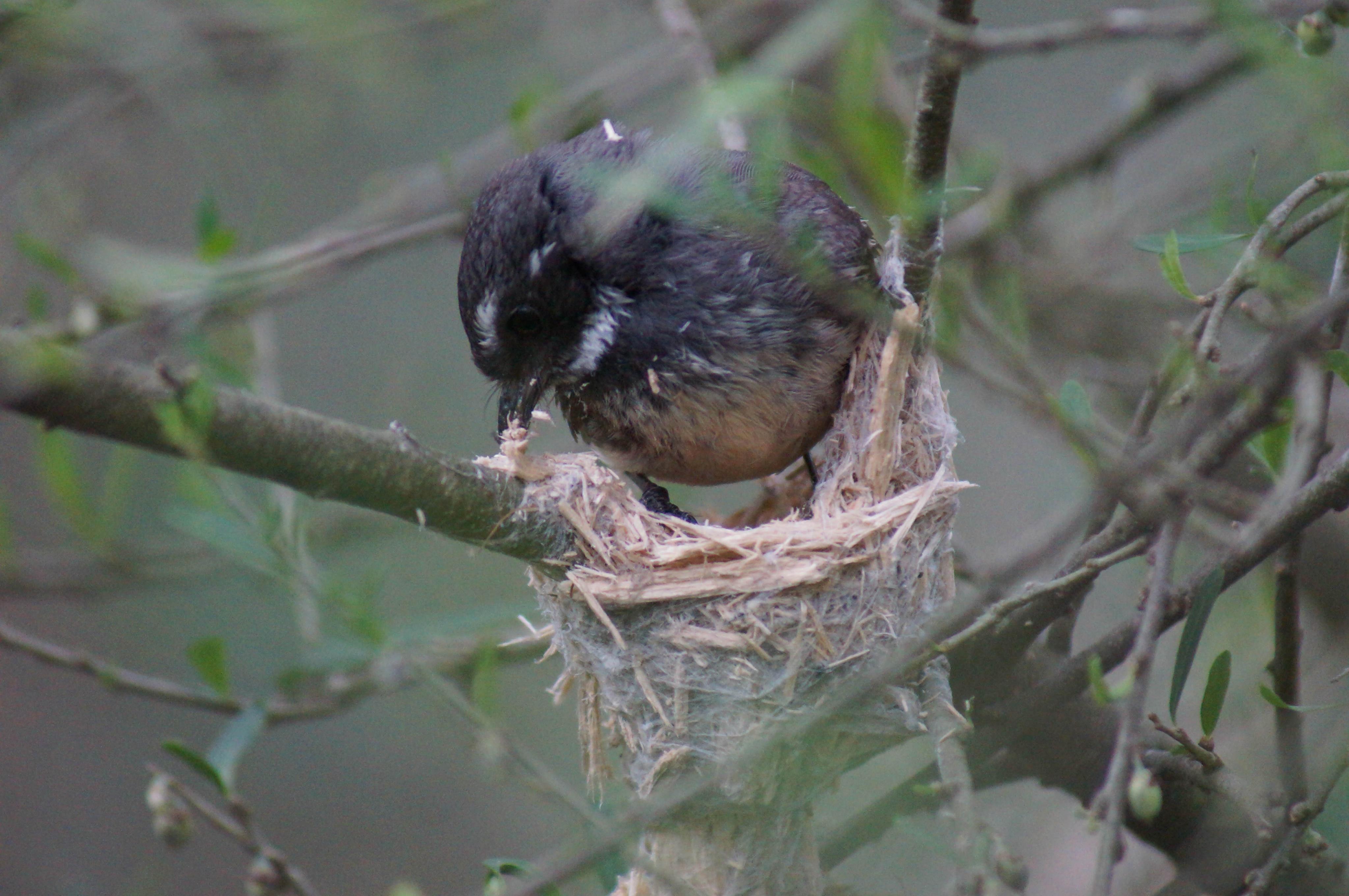 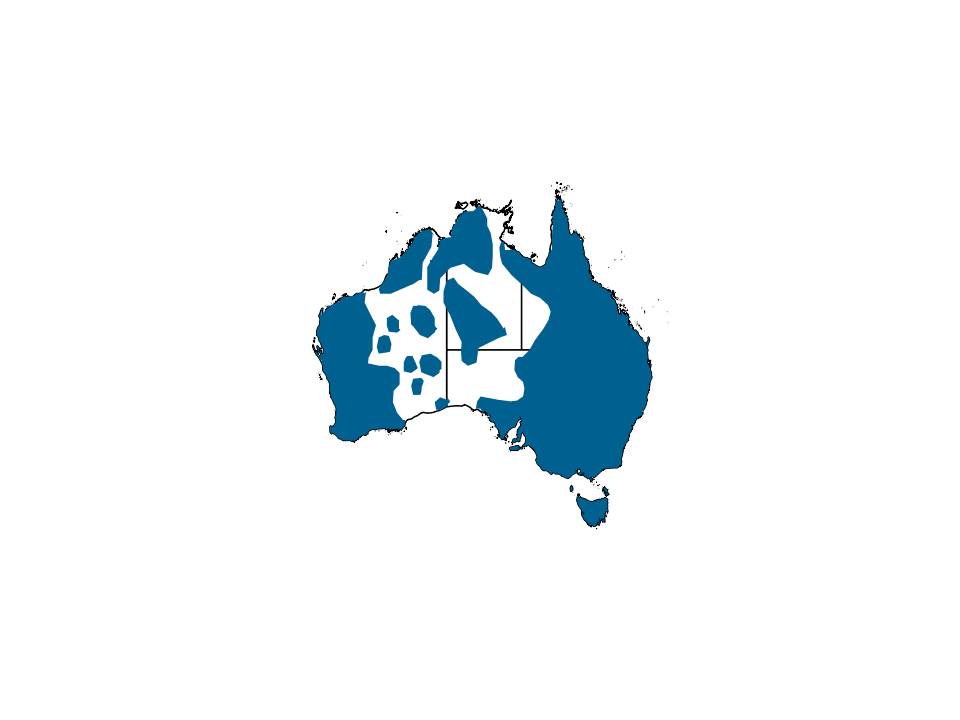 From July to January for breeding behaviour. During autumn and winter for migratory birds. 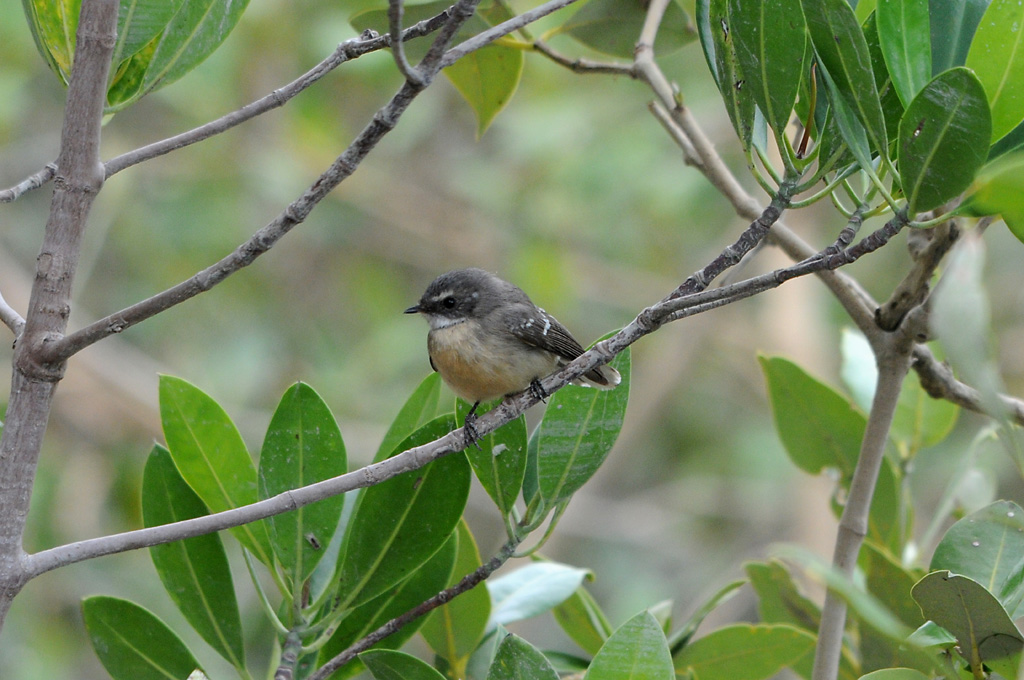 Willie Wagtail (Rhipidura leucophrys) is slightly larger, and is black and white, lacking the shades of grey on its body and wings; it lacks a white patch on its throat and white edging and tips to its tail feathers.

Northern Fantail (Rhipidura rufiventris) is larger with a larger, broader bill. It seldom fans its tail and is generally much less restless. Its breast band is overlain with pale streaks.

Rufous Fantail (Rhipidura rufifrons) has an orange-red forehead, back, rump and base of tail and rump, and a mottled, scaly pattern on its breast.

Mangrove Grey Fantail (Rhipidura phasiana) is very similar but is generally paler, looking like a “washed-out” Grey Fantail, and is exclusively confined to mangroves in northern Australia, where Grey Fantails rarely occur.