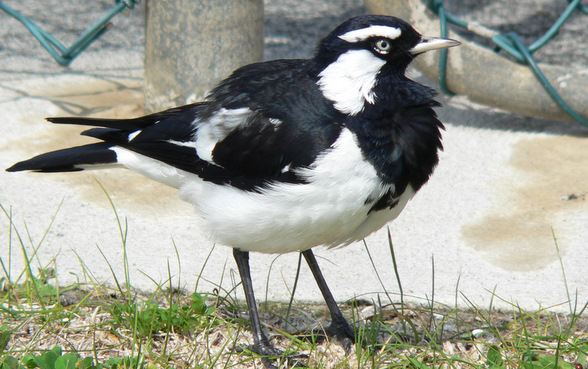 A ringing ‘pee-o-wit’ or ‘pee-wee’, often sung by two birds together, with each bird lifting its wings after calling. Its call has given rise to the vernacular name of Peewee.

Largely sedentary, and any movements are usually local in nature, with non-breeding birds sometimes forming mobile nomadic flocks. In northern Australia there may be movement by some birds to the coast in the dry season, and returning during the wet.

Both sexes build the bowl-shaped nest from wet mud and then line it with feathers and grass. Between 3 and 5 eggs are laid, and are incubated by both parents for 14–19 days. Both parents care for the young and if conditions are favourable, more than one brood can be reared in a year. 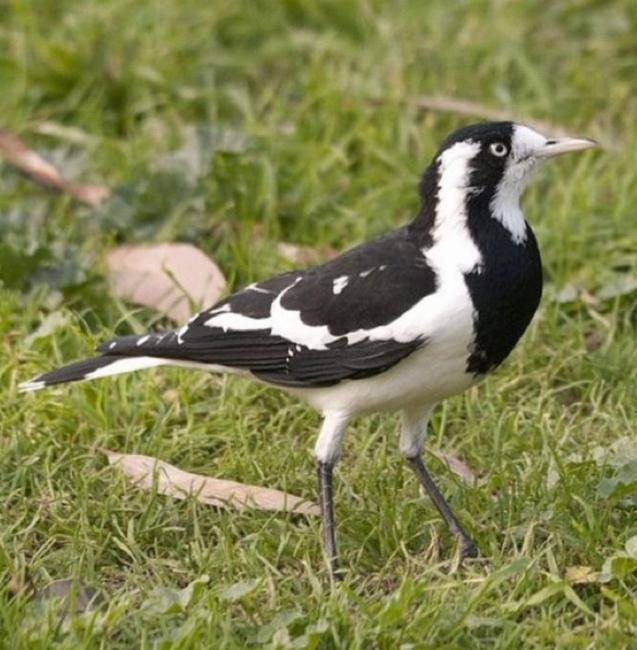 Climate change is most likely to affect this species by enabling it to expand its range in the arid parts of Australia. The main factor limiting its distribution in drier areas is the availability of mud for nest-building, so it is often confined to watercourses or areas where water is permanently available. If climate change leads to increasing rainfall in some areas, this may enable Magpie-larks to expand into areas where it was previously unable to breed. The effects of climate change may also influence the timing of when Magpie-larks start to breed and the duration of their breeding activities. Keep a lookout from July in southern Australia and anytime in drier or northern Australia. 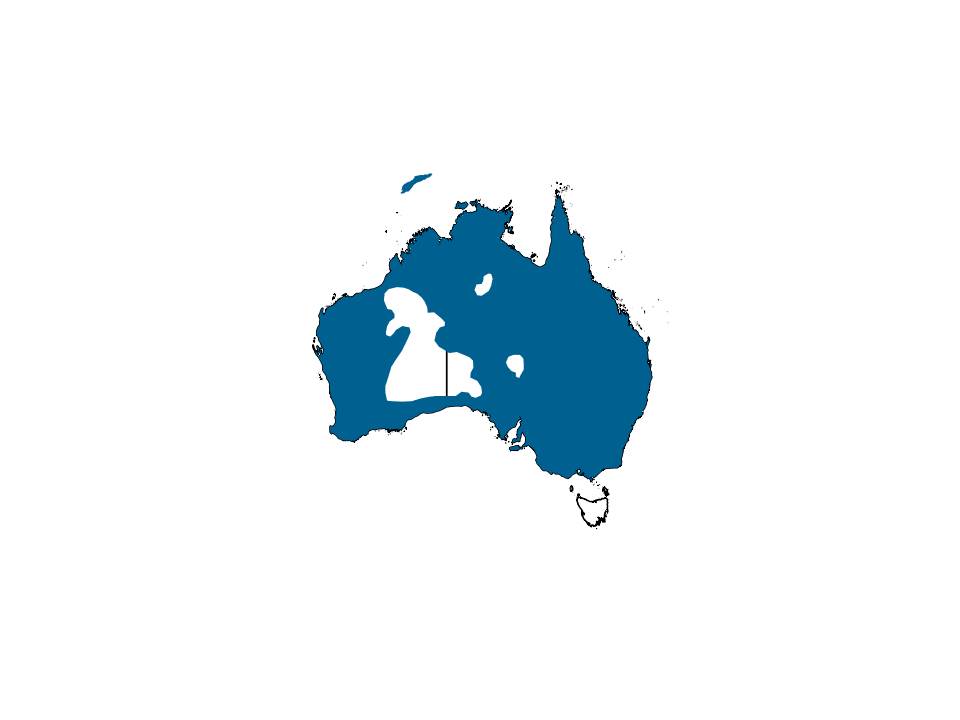 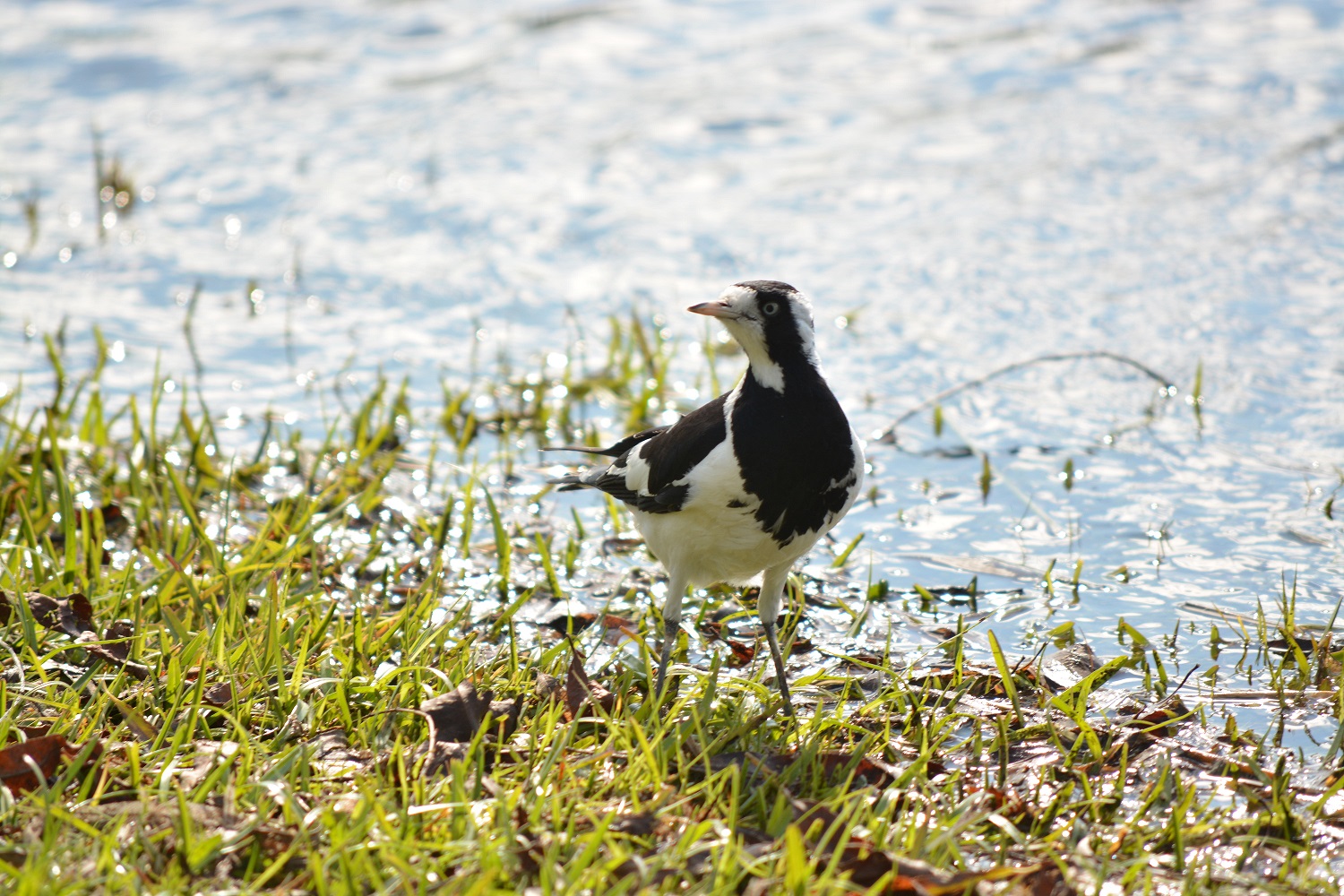 Australian Magpie (Cracticus tibicen) is almost twice as large (36 – 44 cm long) with a heavier beak, and wholly black underbody (the Magpie-lark is mostly white below).

Pied Butcherbird (Cracticus nigrogularis) has a completely black head and bib, separated from its black back by a white collar.