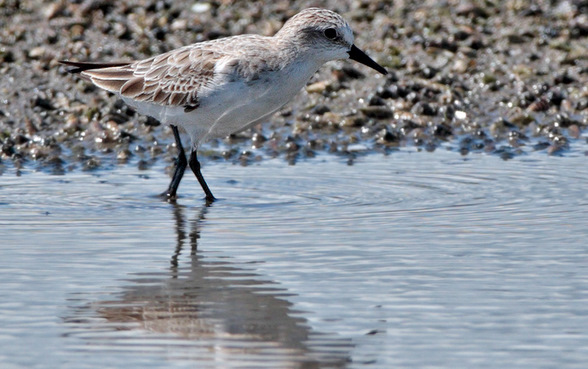 They forage on intertidal, near-coastal and inland wetlands. In tidal environments, they usually feed for the entire period that mudflats are exposed, often feeding with other species. They forage with a rather hunched posture, picking constantly and rapidly at the muddy surface, then dashing to another spot. Red-necked Stints are omnivorous, taking seeds, insects, small vertebrates, plants in saltmarshes, molluscs, gastropods and crustaceans.

Flocks frequently burst into flight, swift on long wings with the white under-surfaces flashing against the sea or sky.

The Red-necked Stint breeds in north-eastern Siberia and northern and western Alaska. It follows the East Asian-Australasian Flyway to spend the southern summer months in Australia. 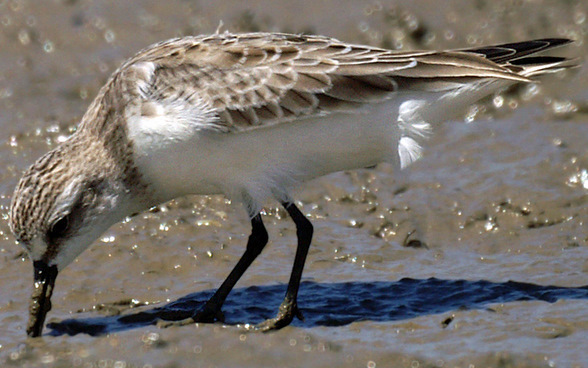 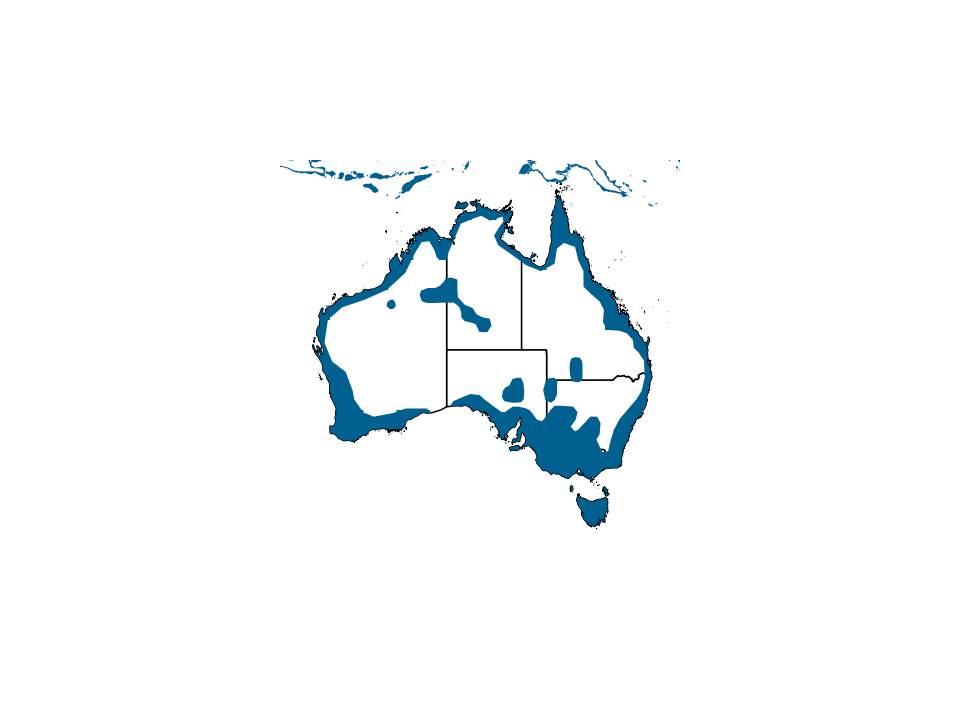 They arrive in Australia from late August to September and leave from early March to mid-April. Some first-year birds may remain in Australia. 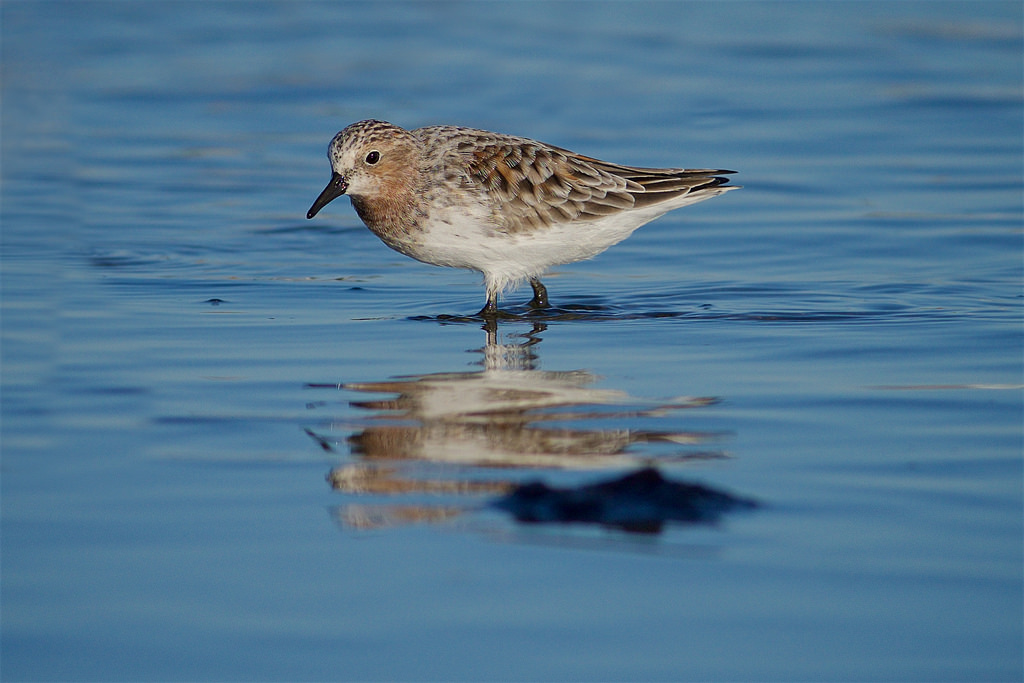 The Little Stint (Calidris minuta) is very similar in size, shape and plumage. However the Little Stint has longer legs, is dumpier and has a blunter rear end at rest. They also have a different call. The Little Stint is rarely encountered in Australia.

The Broad-billed Sandpiper (Limicola falcinellus) is larger and has a longer, differently shaped bill.