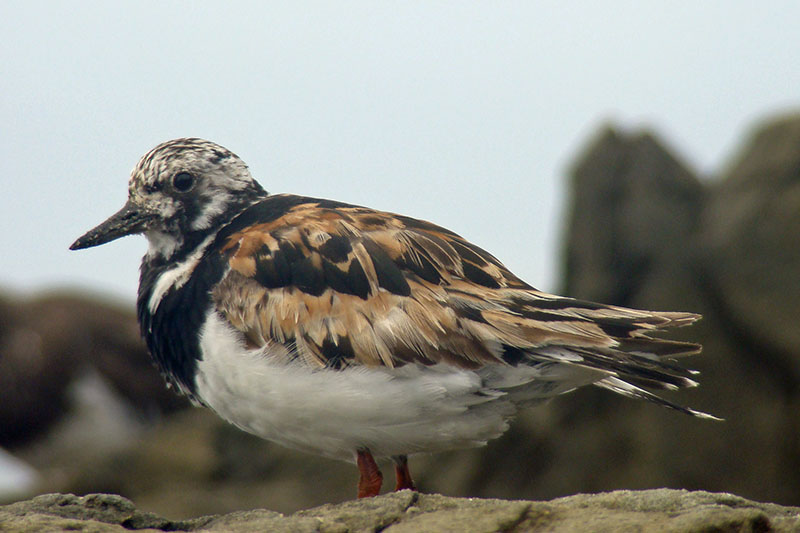 Stocky, medium-sized migratory shorebird with a short black bill and short orange legs. Back, head and upper chest is marked with black-brown and pale areas (tortoise shell-like) with a white breast. The bill is wedge-shaped and slightly up-tilted. In flight, there is a distinctive black and white pattern.

The distinctive marking and dark and white pattern in flight make the Ruddy Turnstone unmistakeable, along with their habitat of turning over stones.

They work along pebbly beaches or fossick through piles of seaweed, leaving no stone unturned.

One of the world’s most northerly breeding shorebird it journeys from the very edge of the Arctic across the Pacific to Australia from August to April. They nest on small rocky islands and shores mostly in the far northern hemisphere. 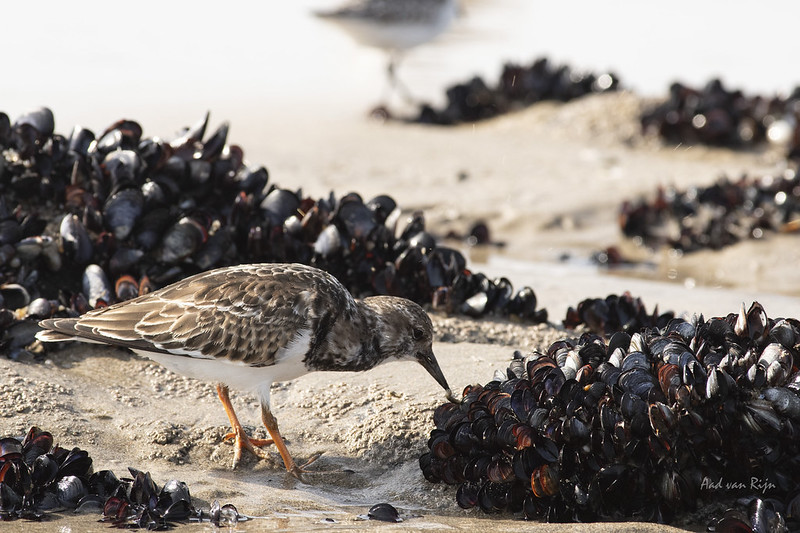 Critical habitat in the Arctic and Australia are key places where climate change is a major cause for concern. We expect birds to start breeding and singing earlier in the year as a result of climate change warming the Earth. They may also start appearing in new areas as climatic events alter preferred habitat, natural resources and migration routes. 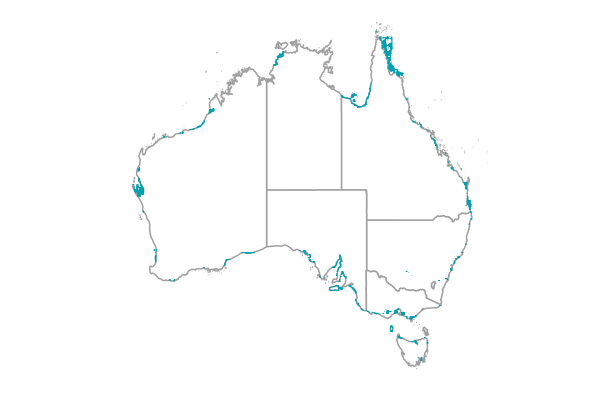 Migration to Australia usually occurs from August to April. 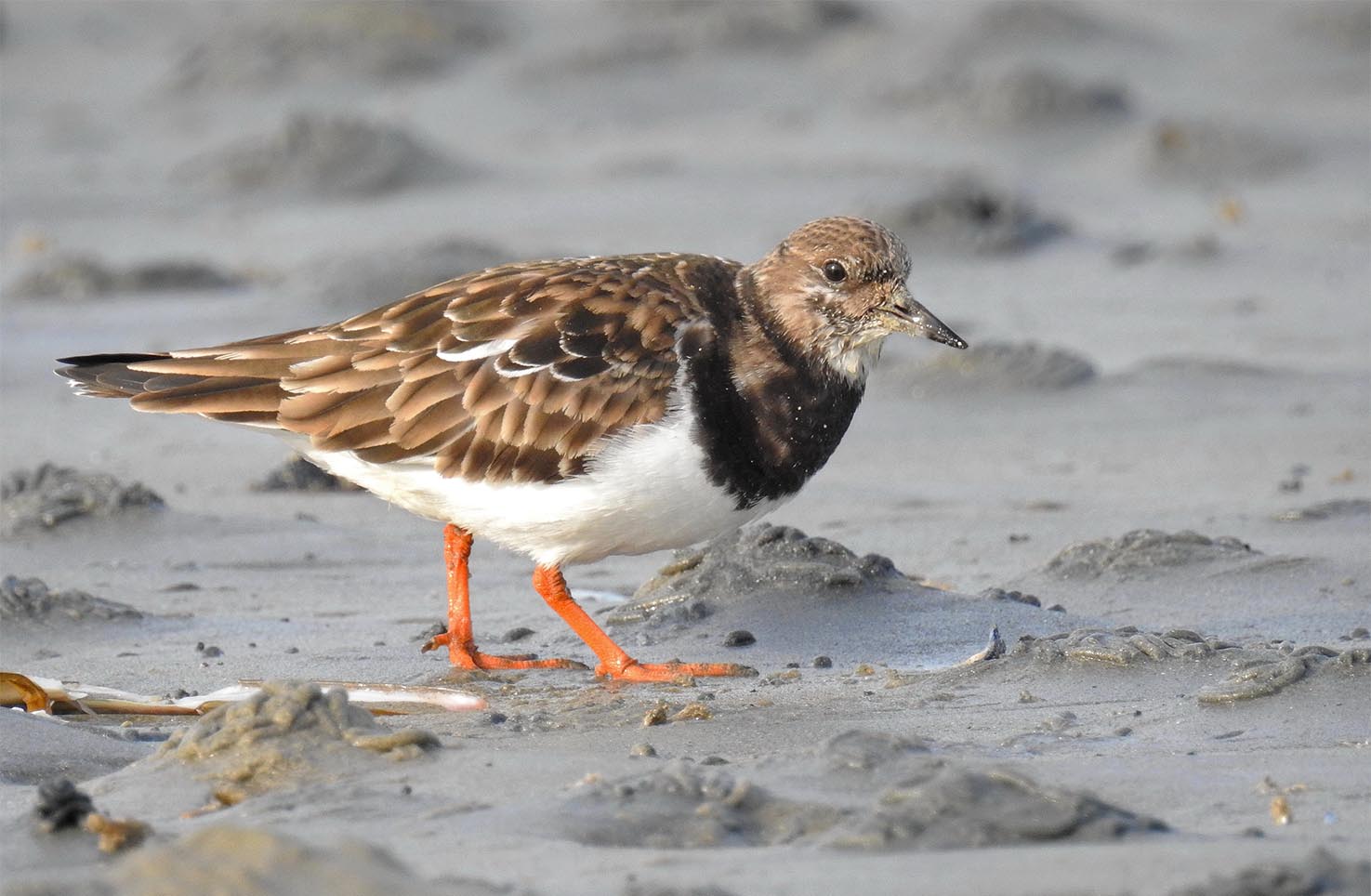 Similar to other Sandpipers including the Red Knot that is distinguished by the robin-red colour on its chest.

The Ruddy Turnstone’s characteristic behaviour of turning over stones while foraging can help distinguish species.