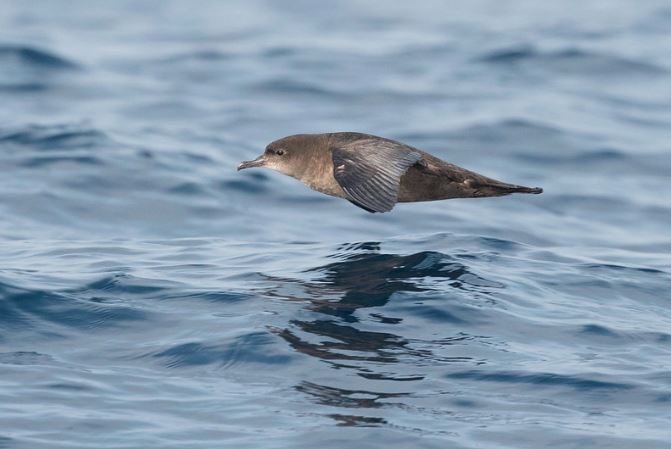 Commonly known as the muttonbird in Australia.It is one of the most abundant seabirds in Australian waters. They migrate to Australia in enormous flocks and often a number of birds are washed up on beaches and die as a result of exhaustion, sickness and bad weather.

Nests on grass and leaves, and in burrows underground.

Occurs in large flocks. Flocks travel offshore along undulating streams to feed on seas and coastlines in masses of Victoria.

Lays one egg between November and December. Incubation for 52 - 55 days. Chick remains in nest for 94 days. 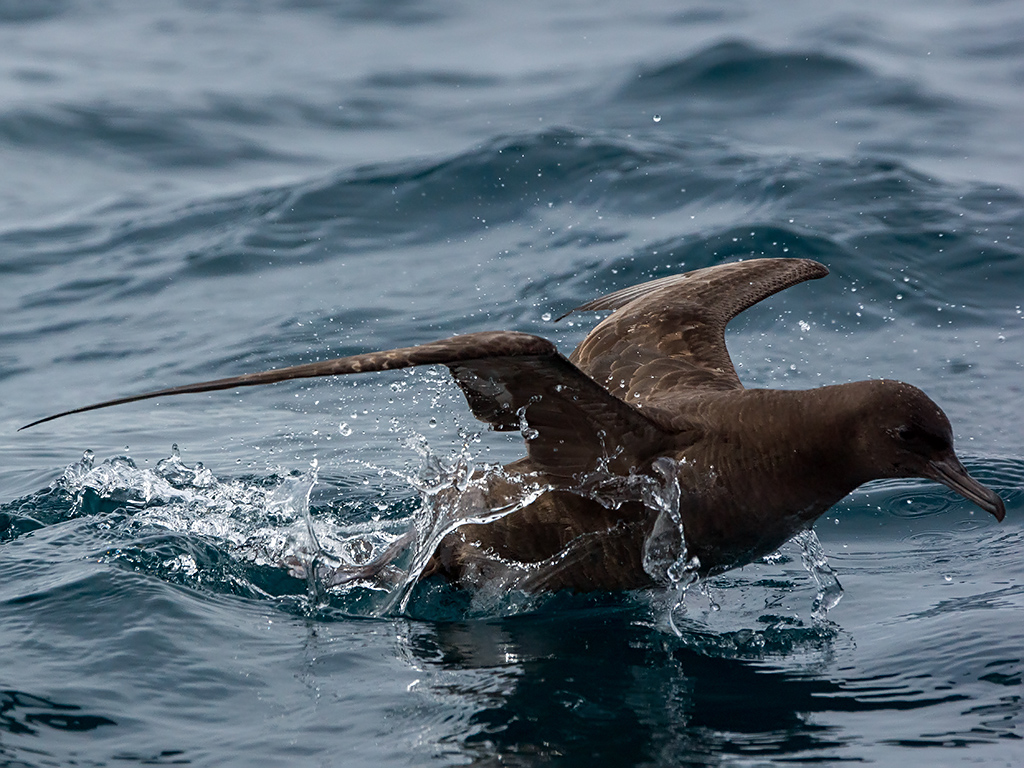 Climate change is expected to significantly impact migratory birds through timing of events like migration or breeding. Responses may include arriving at their breeding grounds earlier or later as global temperatures rise. They may also start appearing in new areas as climatic events alter preferred habitat, natural resources and migration routes. 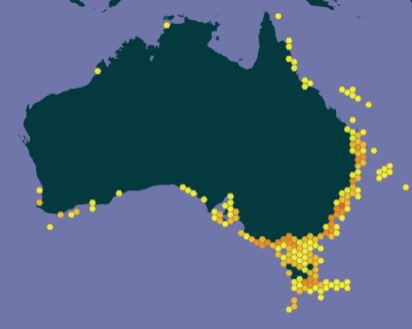 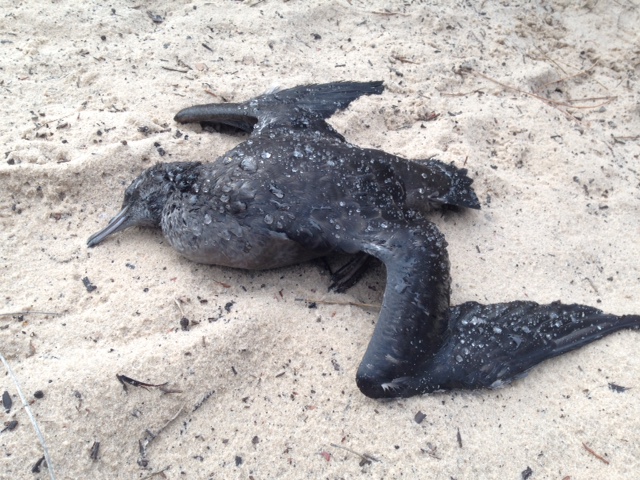 The Sooty Shearwater (Puffinus griseus) is wedged tailed and flesh footed with a longer bill of 4 cm.

Wedge-tailed Shearwater (Puffinus pacificus) has broad wings and a longish wedged shaped tail that is pointed in flight.