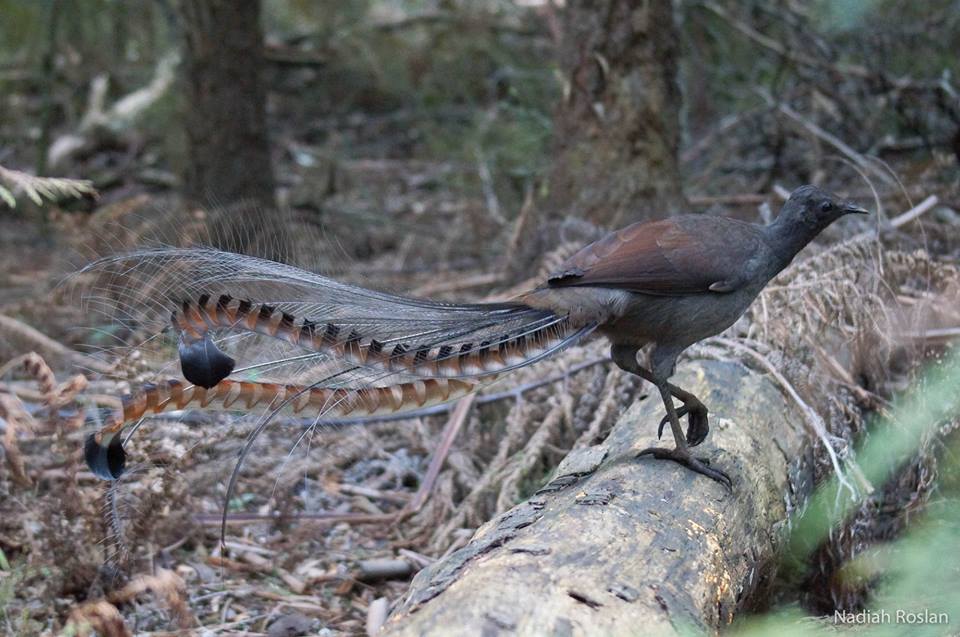 A native pheasant up to 1 m, including tail. Plain rich brown above, coppery on wings, deep grey below; legs and feet dark grey, powerful.

The nest is a bulky mound of sticks, bark, fern fronds and moss; on ground, bank, rock shelf, in stump or head of tree fern or to 25 m in a tree fork.

The Superb Lyrebird is renowned for its outstanding ability to mimic almost any sound, and it can imitate the calls of most birds of the forest.

They scratch through leaf litter with their feet to feed on insects, spiders, worms, and, occasionally, seeds. Females and young males may be seen feeding together.

The male secures a territory, attracting potential mates by singing and dancing on one of several display mounds within it, while throwing the tail forward over the body and shaking it in display. Female builds the nest, incubates the single egg and cares for the young. The egg is stone-grey, deep khaki brown or purple-brown, spotted, streaked, blotched grey and black. 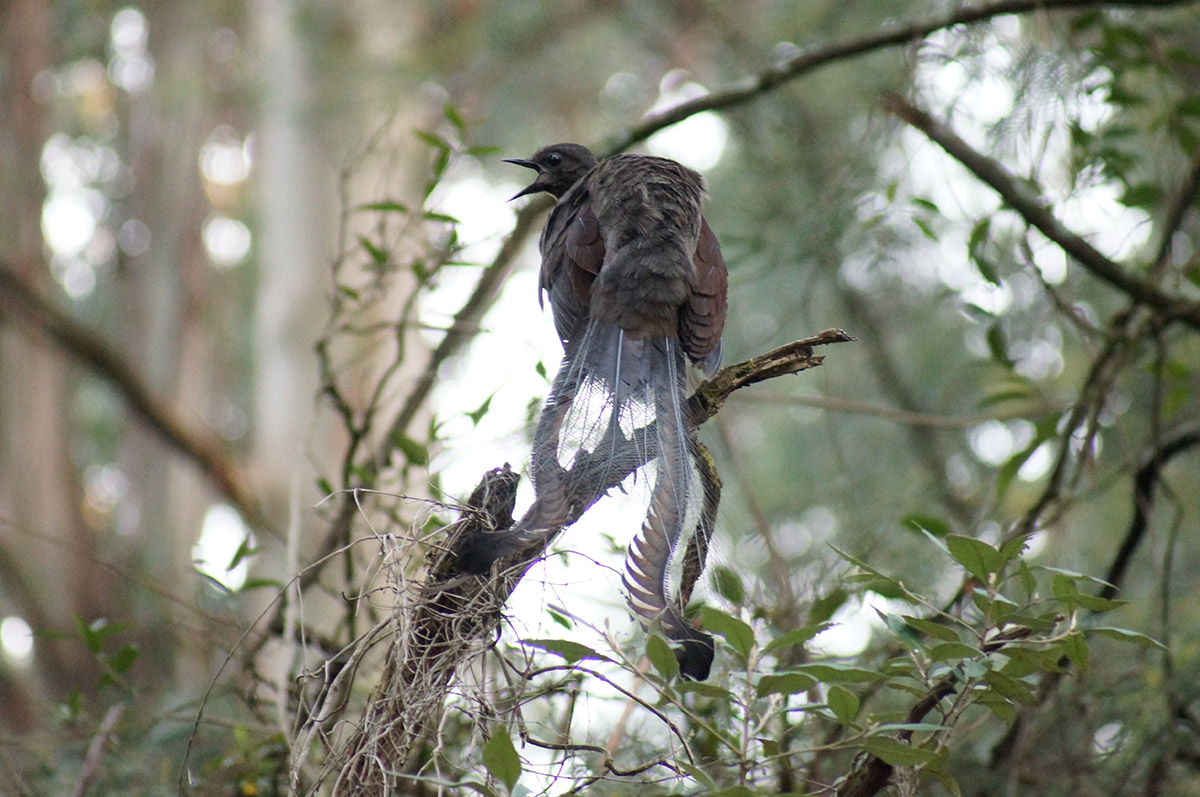 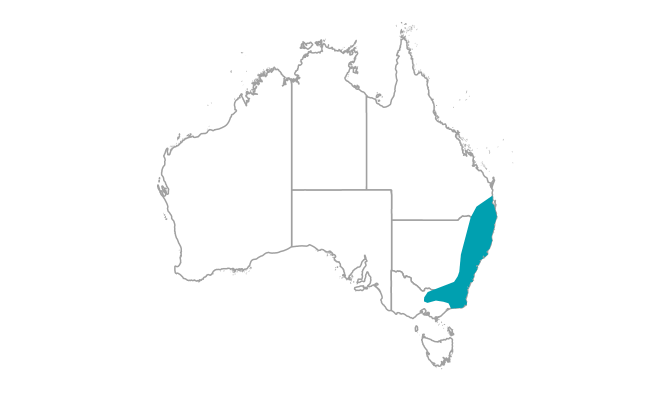 Year round. Breeds June to October. 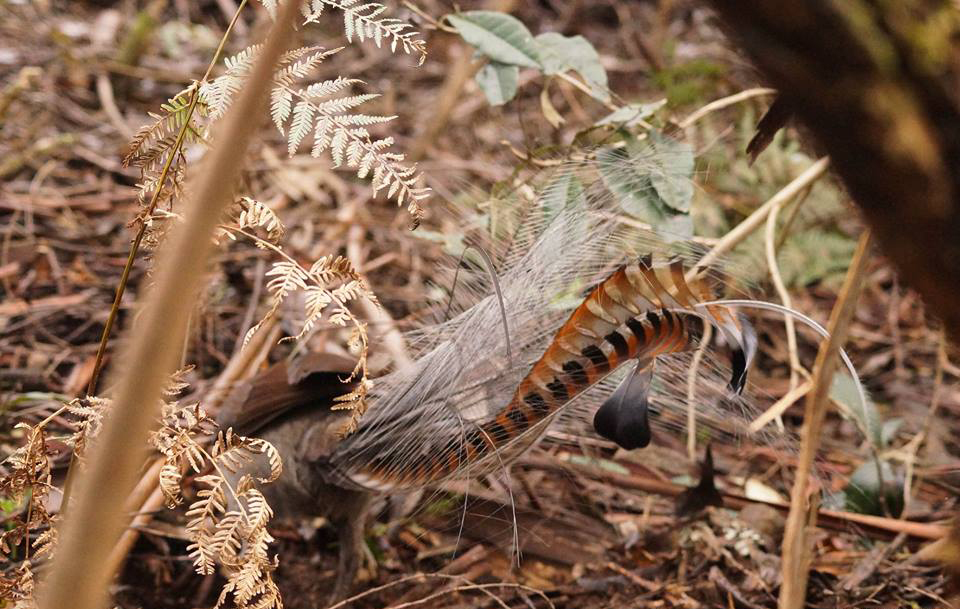 Albert’s Lyrebird (Menura alberti) looks similar but is restricted to an area around the Border Ranges, on the Queensland-New South Wales border. The Albert’s Lyrebird is redder in colour and the male's tail is less elaborate.