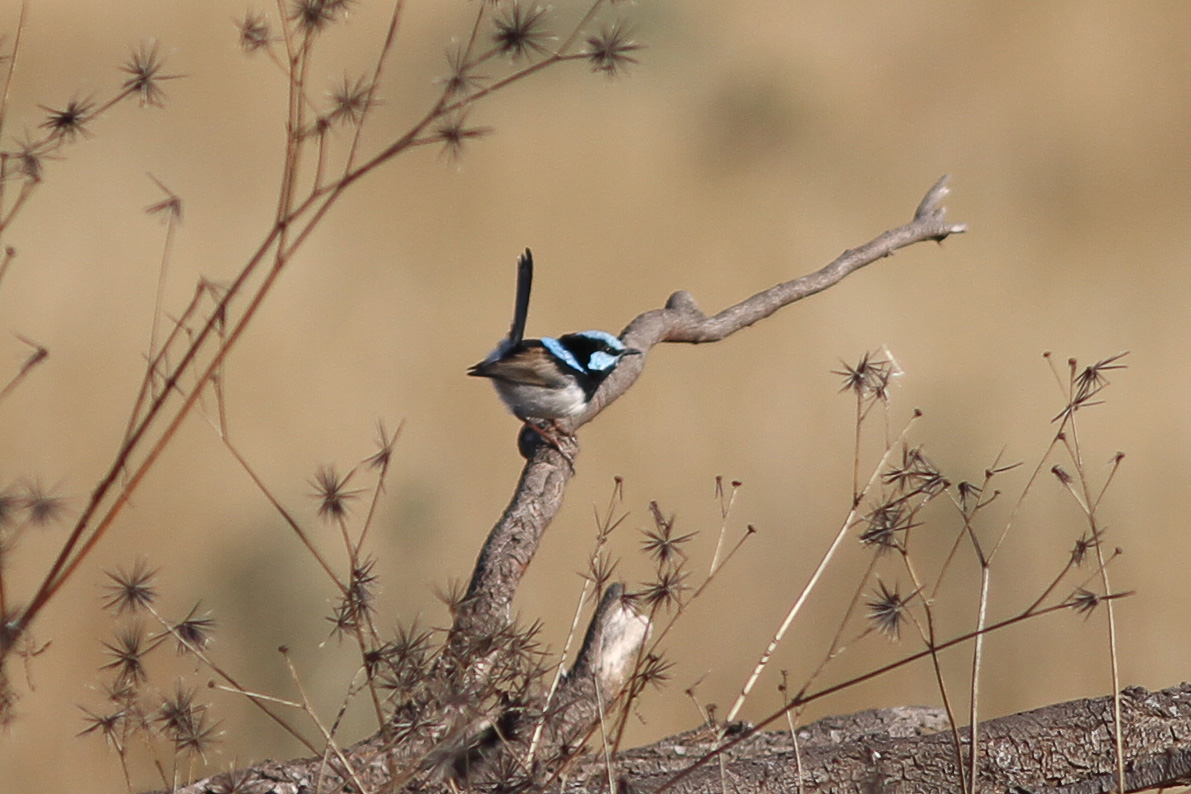 Males have a rich blue and black plumage above and on the throat. The belly is grey-white and the beak is black. In non-breeding plumage, called eclipse, he is very similar to the female.

Females and young birds are mostly brown above with a dull red-orange area around the eye and brown beak. Females have a pale green gloss, absent in young birds, on the otherwise brown tail. Both sexes possess brown legs.

The nest is dome-shaped consisting of grass, moss, rootlets, twigs, spiders webs and other bramble. Found low in tussock, shrub or bracken.

The basic song is a 1–4 second high-pitched reel consisting of 10–20 short elements per second sung by both sexes. Males also possess a peculiar song-like vocalization, which is given in response to the calls of predatory birds.

September-March. The nest is a dome-shaped structure of grasses and other fine material. It is usually placed in a low bush and is constructed by the female. The female incubates the eggs alone, but both sexes feed the young. Other members of the group will also help with the feeding of the young. 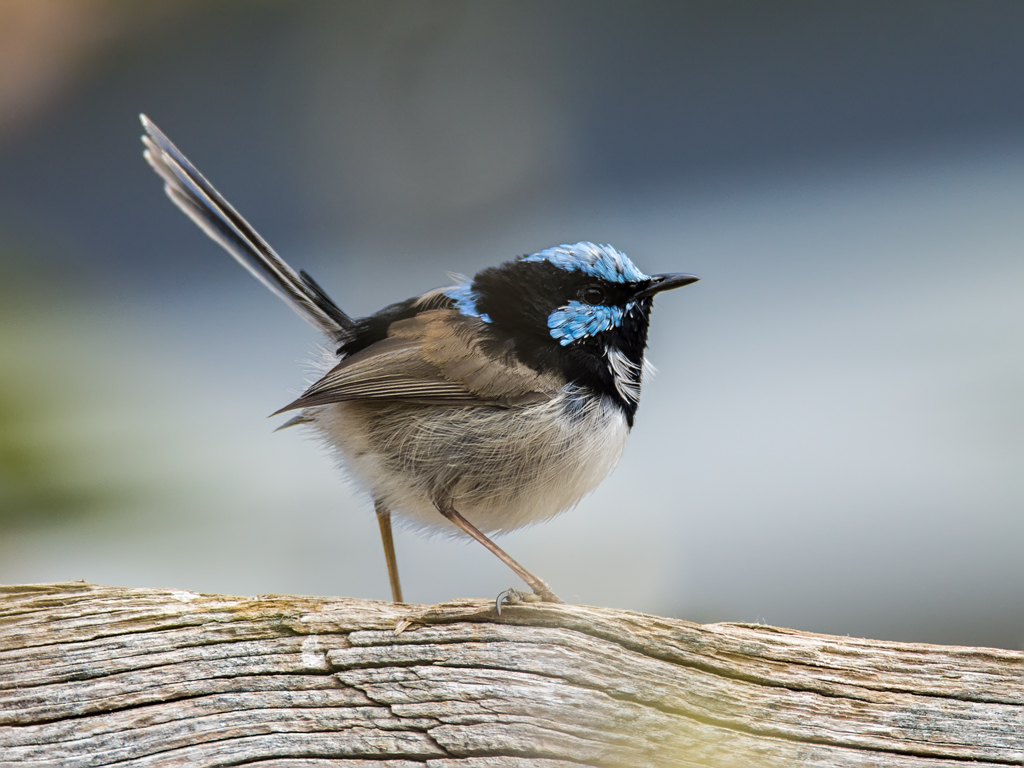 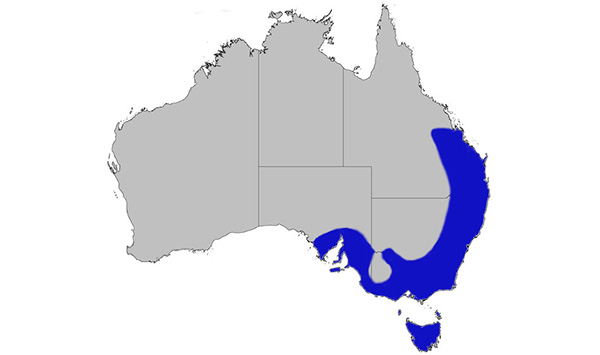 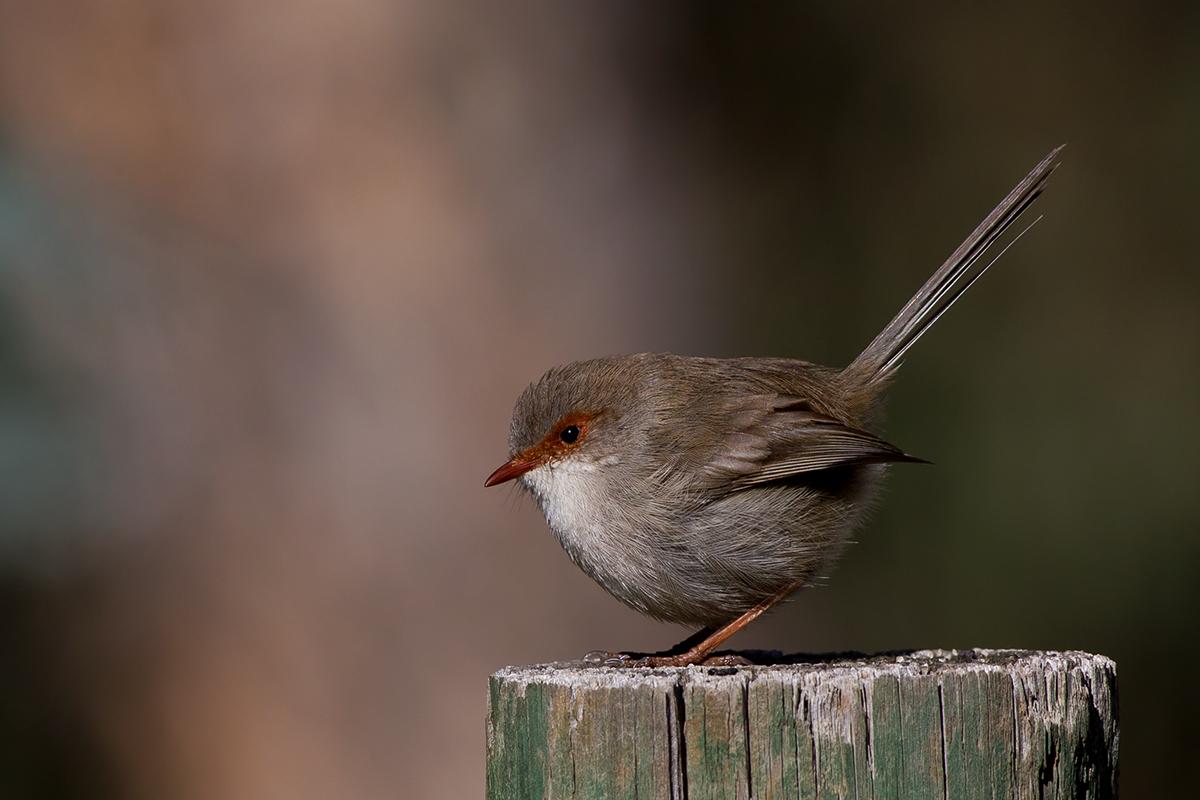 Other predominantly blue male fairy-wrens have either a chestnut shoulder patch or blue underparts.