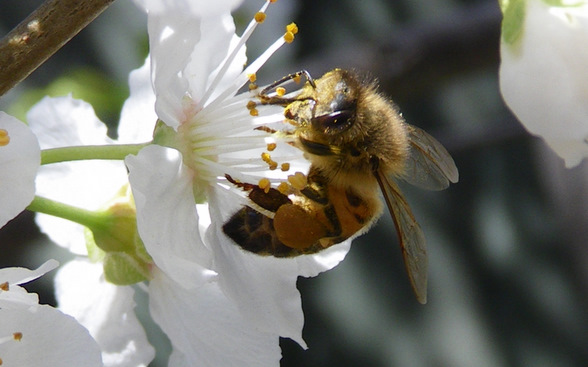 The Honey Bee's head, upper body and legs are black, and its hairy abdomen is striped black and brown (or yellow/orange). It is pale when it first emerges from the nest, but soon develops a darker colouring.

Nectar and pollen from most flowering plants, which it collects using its tongue-like mouthparts.

It lives in large colonies, usually occupying large hollows in trees. The worker bees forage for food and aggressively defend the hive. They can also been seen fanning their wings at the hive entrance to regulate its temperature and expel its scent to help other worker bees find their way home.

A new honey bee colony is formed when the queen bee and about half the worker bees leave the hive. This is called swarming and it usually occurs from early spring to the start of summer. After leaving the original colony, the swarm will cluster on a tree branch or fallen log until scout bees from the cluster find a suitable cavity in which to set up a new hive. 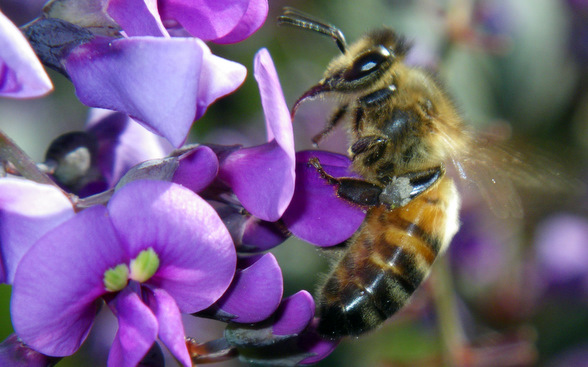 Honey Bees have a threshold temperature below which they cannot forage. Warmer temperatures would probably increase the amount of time during the day when they can forage. However, warmer temperatures may also affect the amount of nectar and pollen available for harvesting from their food plants. This could have either positive or negative effects and will require careful study by scientists. 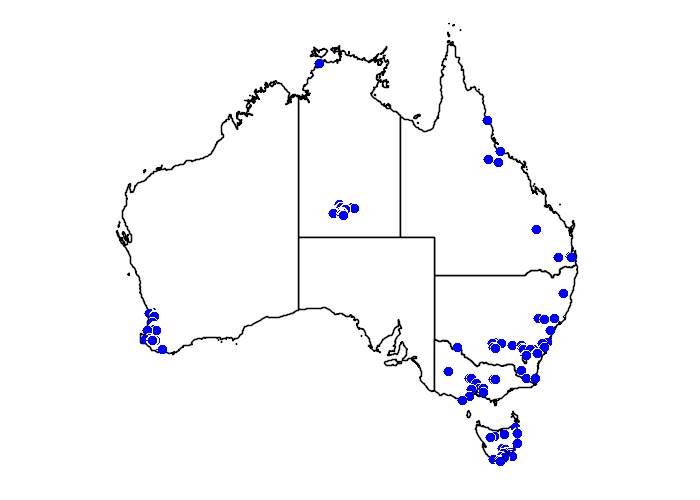 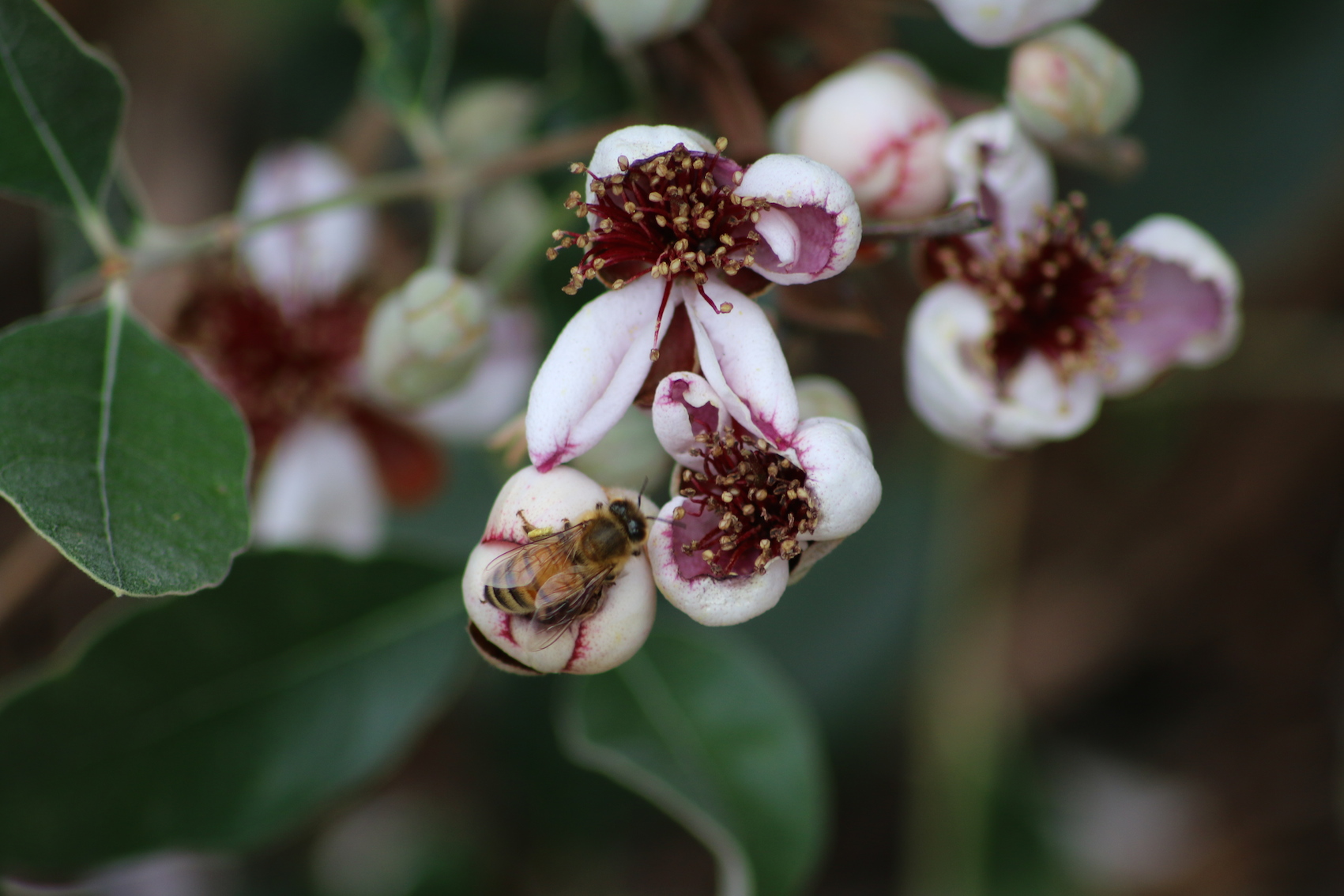 Honey Bees impact on native bee species by competing for tree hollows and flower resources. They also impact on some wildflowers which need to be pollinated by a special technique called buzz pollination, which only some native bees use. Some flowers miss out on being pollinated, which means they are unable to reproduce.

A wasp has yellow legs, brighter yellow bands on its abdomen and lacks the hairiness of the Honey Bee.

Native Australian Bee, while it is difficult to see, doesn’t have hairy eyes or obvious “baskets” full of pollen on its legs like the Honey Bee.