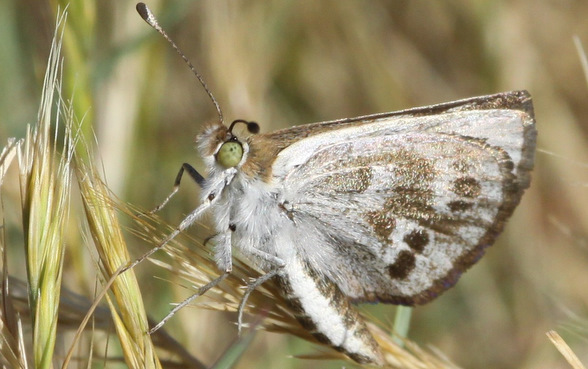 The male has dark brown forewings (front wings) with pale grey scales, and bronzy-brown hindwings with dark brown patches. The undersides of both wings are pale grey and black. The female has bright orange hindwings with black spots near the edge, while its forewings are similar to the male’s but more grey than brown. The underside of all its wings is white with small black spots near the edge. Both sexes have green eyes.

Its antennae are clubbed, with a knob at the end.

The larva (caterpillar) feeds on the roots of native grasses, particularly wallaby grasses. The moth has no functional mouthparts and doesn’t eat at all.

The female rarely flies, unless it is disturbed, and tends to walk between tussocks of grass to lay eggs. The male spends its entire life flying, searching for females to mate with. It flies during the hottest part of bright sunny days, for about 6 – 8 weeks from November to January.

The male flies in a zig-zag pattern about one metre above the ground. The female has a smaller hindwing and is a very poor flyer.

Adult moths continuously emerge from underground tunnels throughout the flying season. The females possess fully developed eggs that are waiting to be fertilised by the male, and attract the males that are flying overhead by flashing their orange hindwings. After mating, the female lays up to 200 eggs at the base of wallaby grass tussocks. The eggs hatch after about 21 days and the larvae (caterpillars) then tunnel into the ground, where they live for one to three years. Adult moths live for only one to five days as they cannot eat. 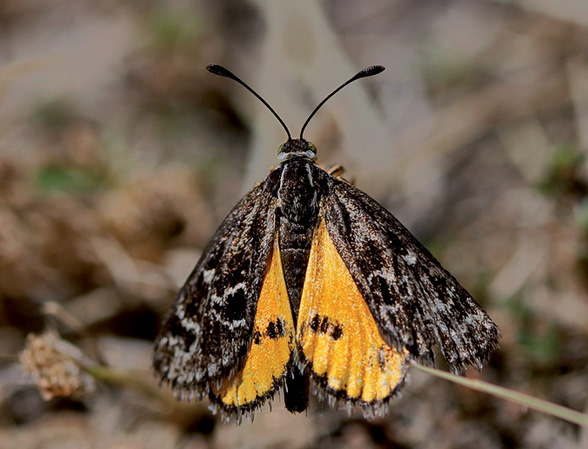 There is a strong connection between emergence times and temperature, and over the past few years they have been observed flying about 14 days earlier than in the past. The variance in how long larvae spend underground each year could also be linked to global heating as they may stay underground longer to survive through harsh or less favourable years. 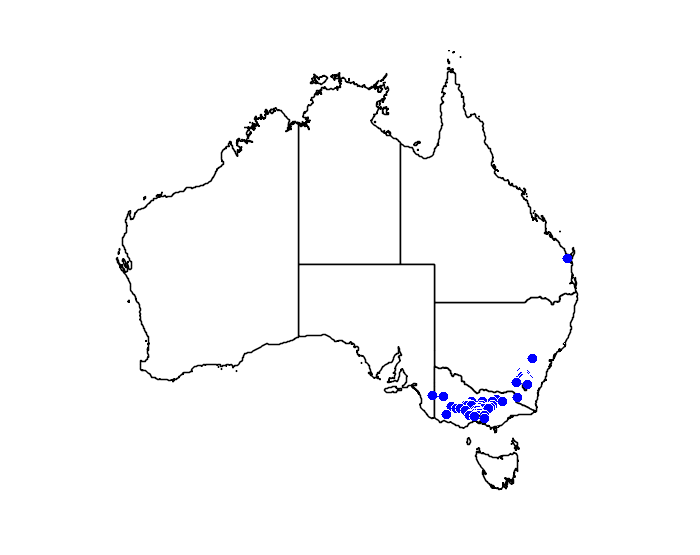 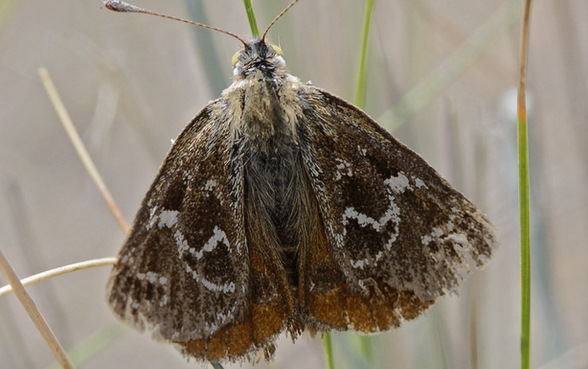 The female’s poor flying ability and the male’s reluctance to travel any further than 100 m from suitable habitat, mean that they cannot colonise sites more than 200 m apart.

Males on the wing could be dispersed by wind, but it is unlikely that any females would get that far.