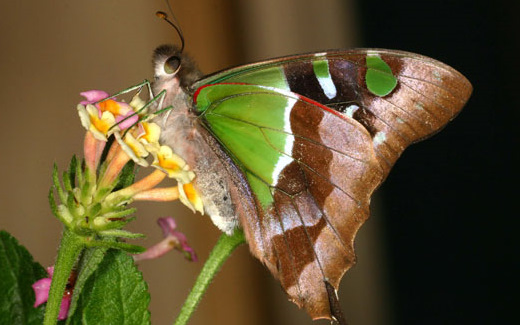 The caterpillar (larva) is green with a hump on its upper back and small white dots over its body. The butterfly (adult) has brown or black outer wings with some white markings plus two green blotches, and green inner wings (closest to its body). The underside of each wing has the same patterning but the green parts tend to be darker. It has “tails” at the tip of each hindwing.

The caterpillar eats leaves from a range of plants including various species of Sassafras, Native Pepper trees, Camphor Laurel, and other plants in the Lauraceae and Rutaceae families. The butterfly feeds on nectar from Lantana plants and various species in the Asteraceae family, which are the daisies.

The male butterfly defends its territory from rival males and can be seen circling treetops, descending to restlessly sip nectar from flowers.

It flies during the warmer months and never stops for long. Its wings are always vibrating.

Females lay pale green eggs on the young shoots of a food plant. Once the caterpillar has fully grown it forms into a pupa, which is green with yellow lines and is attached to the underside of a food-plant leaf. 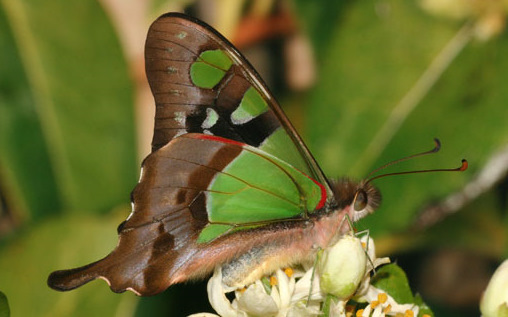 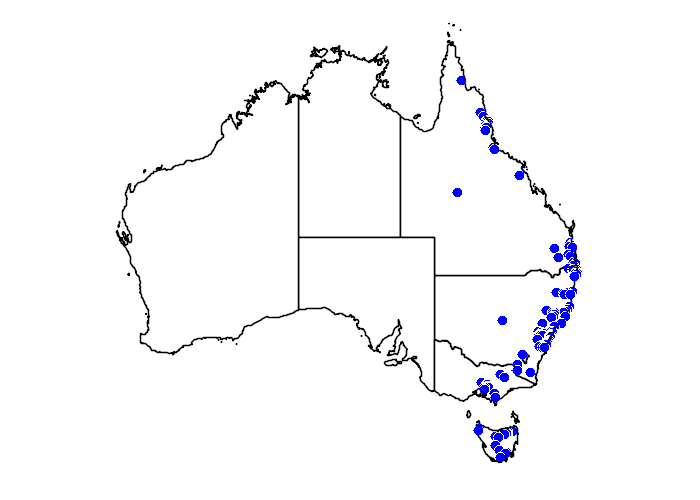 In the warmer months, usually from August through to April. They appear earlier in warmer areas. 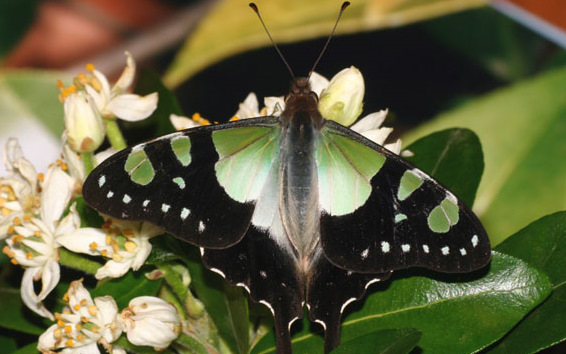 Another swallowtail butterfly won’t have green colouring on the undersides of its wings.