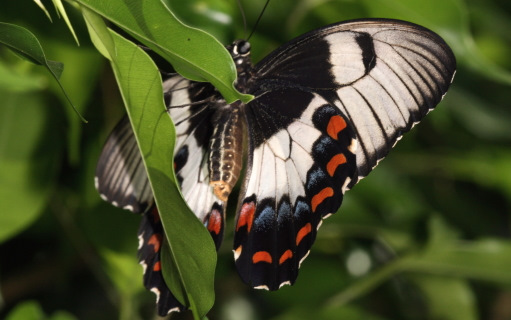 The caterpillar (larva) is initially green, white and brown and resembles bird droppings. A mature caterpillar has a dark brown head, a green body with some pale yellow and brown markings, and spines along its back.

The male butterfly (adult) is black with an arc of creamy-white spots near the tip of each forewing. Each hindwing has a creamy-white patch and a single red spot, and there are many red crescents on its underside.

The female butterfly is brown to black, and the outer half of its forewing is whitish-grey. Its hindwing has a creamy-white patch, as well as a series of blue and red crescent-shaped markings.

If disturbed, a caterpillar will reveal a red-orange “tentacle” (known as the osmeterium) from behind its head which emits a foul smell to deter predators.

Generally slow and erratic unless disturbed, and females fly more slowly during the egg-laying period. The males tend to “patrol” flight paths.

Females lay eggs on the underside of host leaves, and the eggs hatch one week later. 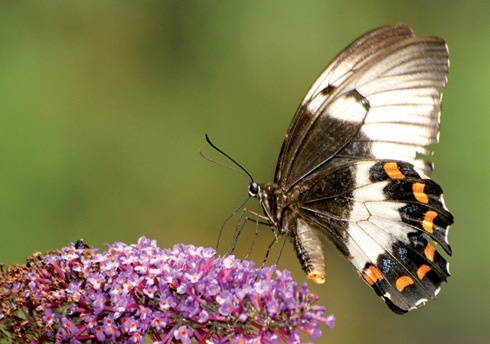 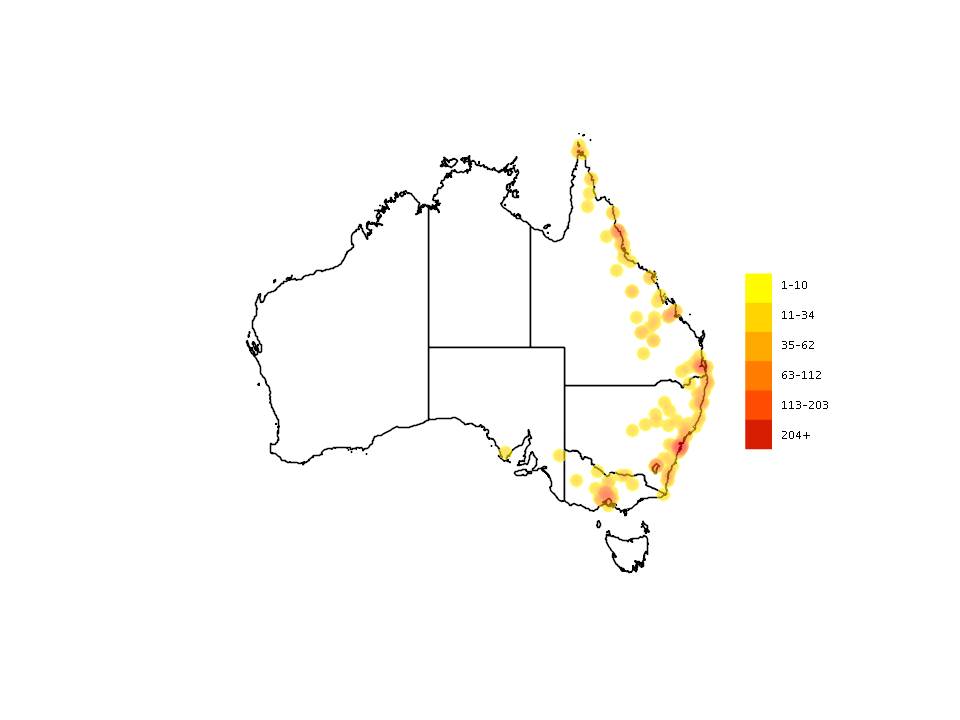 From October through to May. The caterpillar eats for four weeks, then becomes a pupa for two weeks before emerging as a butterfly. 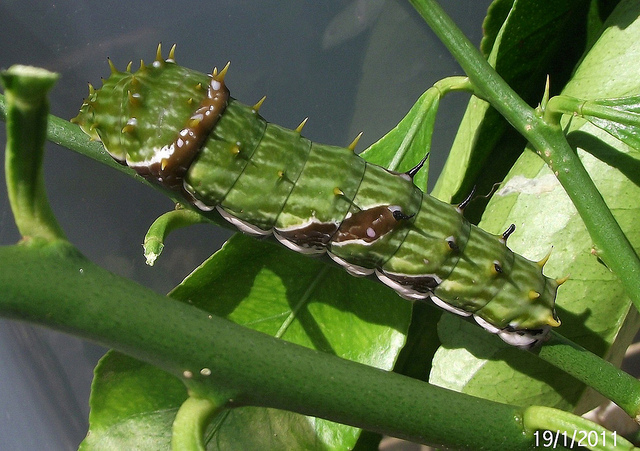 Dingy or Dainty Swallowtail Butterfly caterpillar is smaller (about 3.5 cm long) and dark green to black with yellow and white spots. The butterfly is also smaller (6 cm wingspan) with creamy-grey patches over its entire black forewing, and creamy-white, red and blue patches on its hindwing.