They are called Surf Barnacles because they prefer to live in areas of medium to high energy wave action.

Small invertebrates that live inside hard circular or pyramid-like structures made from calcium-carbonate. They have eight main side plates, surrounded by many smaller ones, giving them a scaly appearance and are usually grey with a greenish tinge. 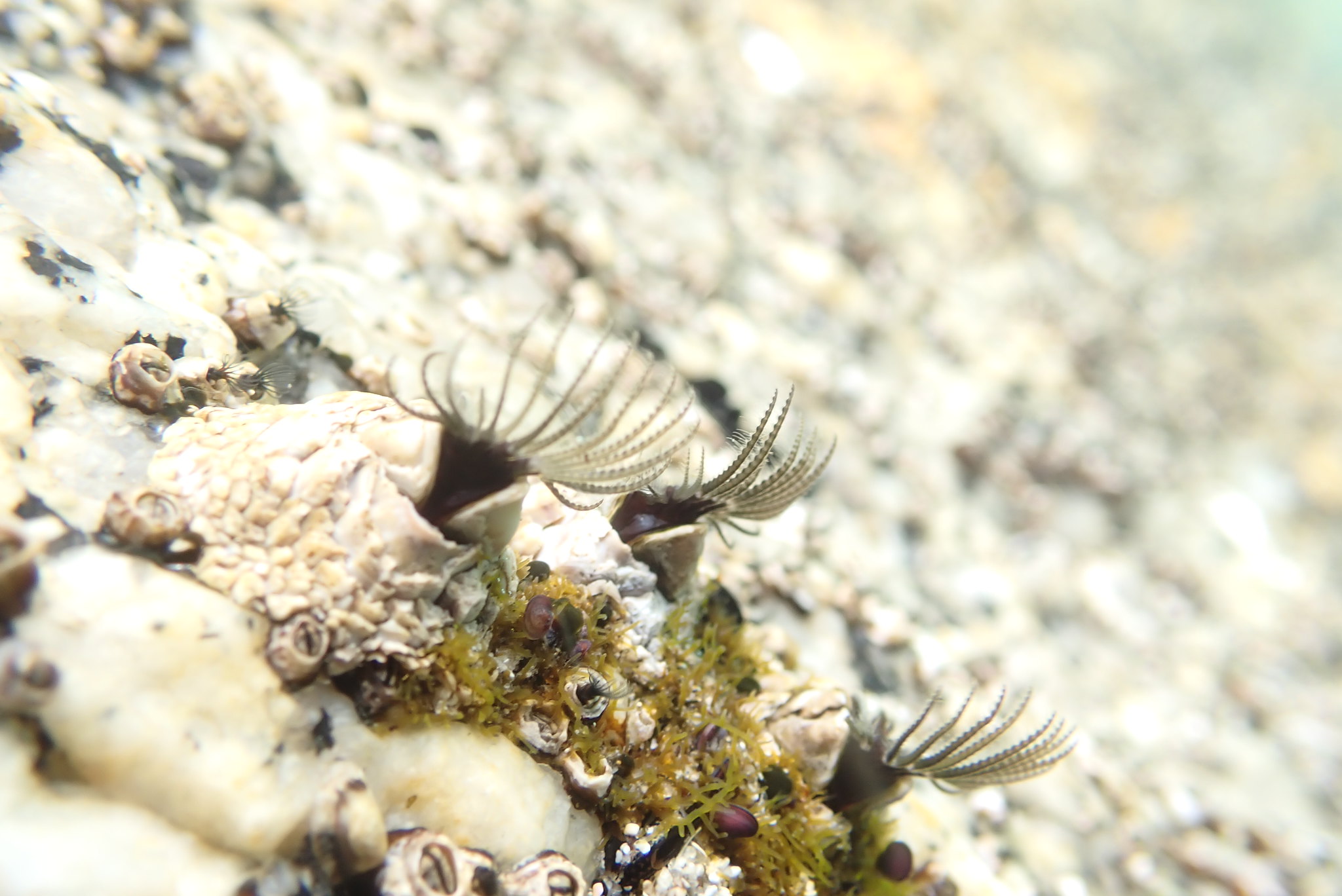 Surf Barnacles are under increasing stress due to ocean acidification which can weaken their calcium carbonate shells and reduce body condition. This makes them more prone to disease, predation and low reproduction. Increasing water temperature as a result of climate change will likely affect their abundance and cause a southward shift in their distribution. 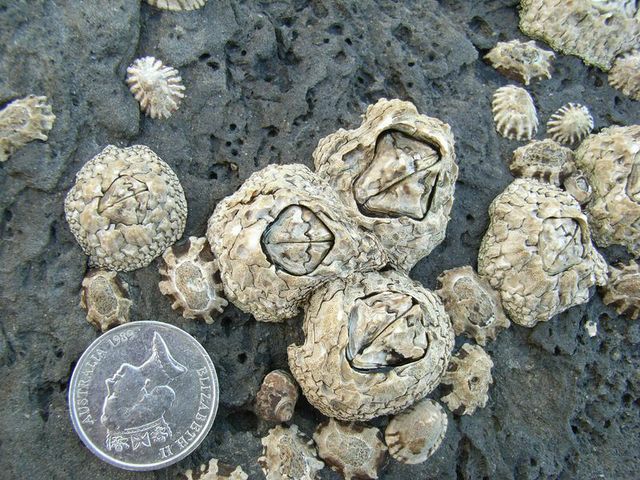 Limpets can resemble Barnacles as both are round, pyramid-shaped and cream in colour but Limpets always have shells that consist of only one singular plate. Limpets are also free moving whereas barnacles are always fixed to a hard surface.