A small green seaweed. It has dark round, forked fronds (branches) with a fuzzy appearance and a velvety or sponged texture. 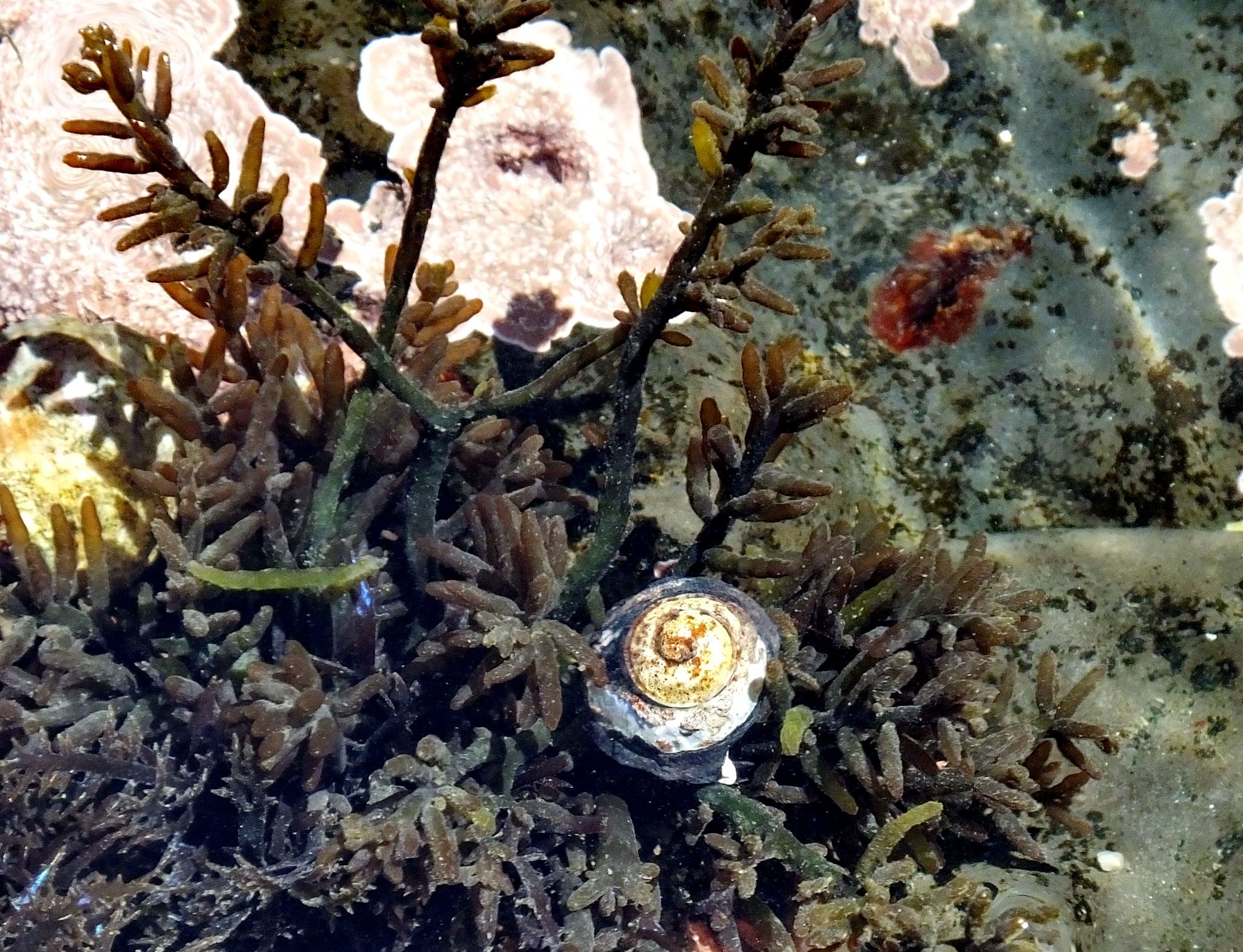 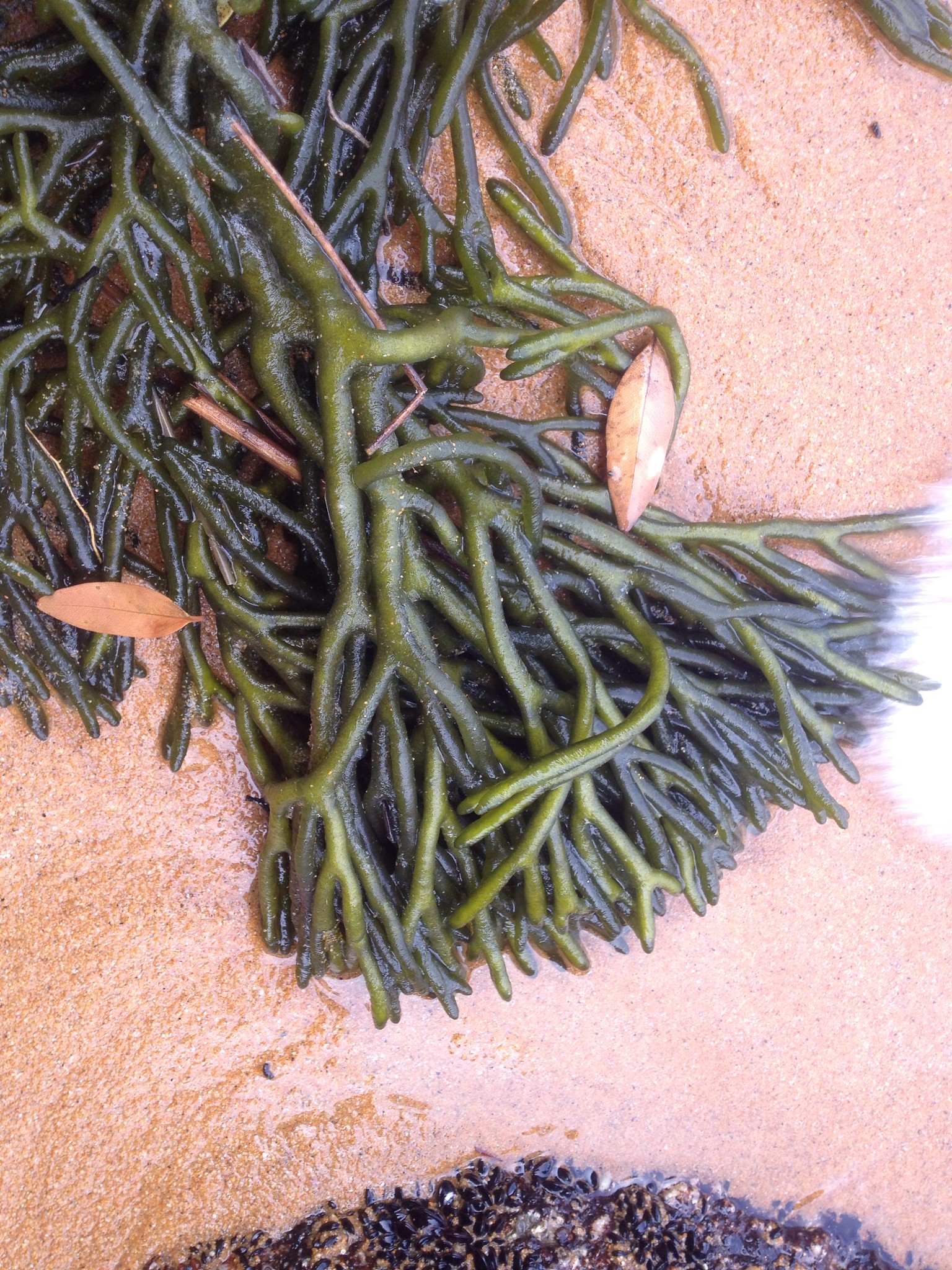 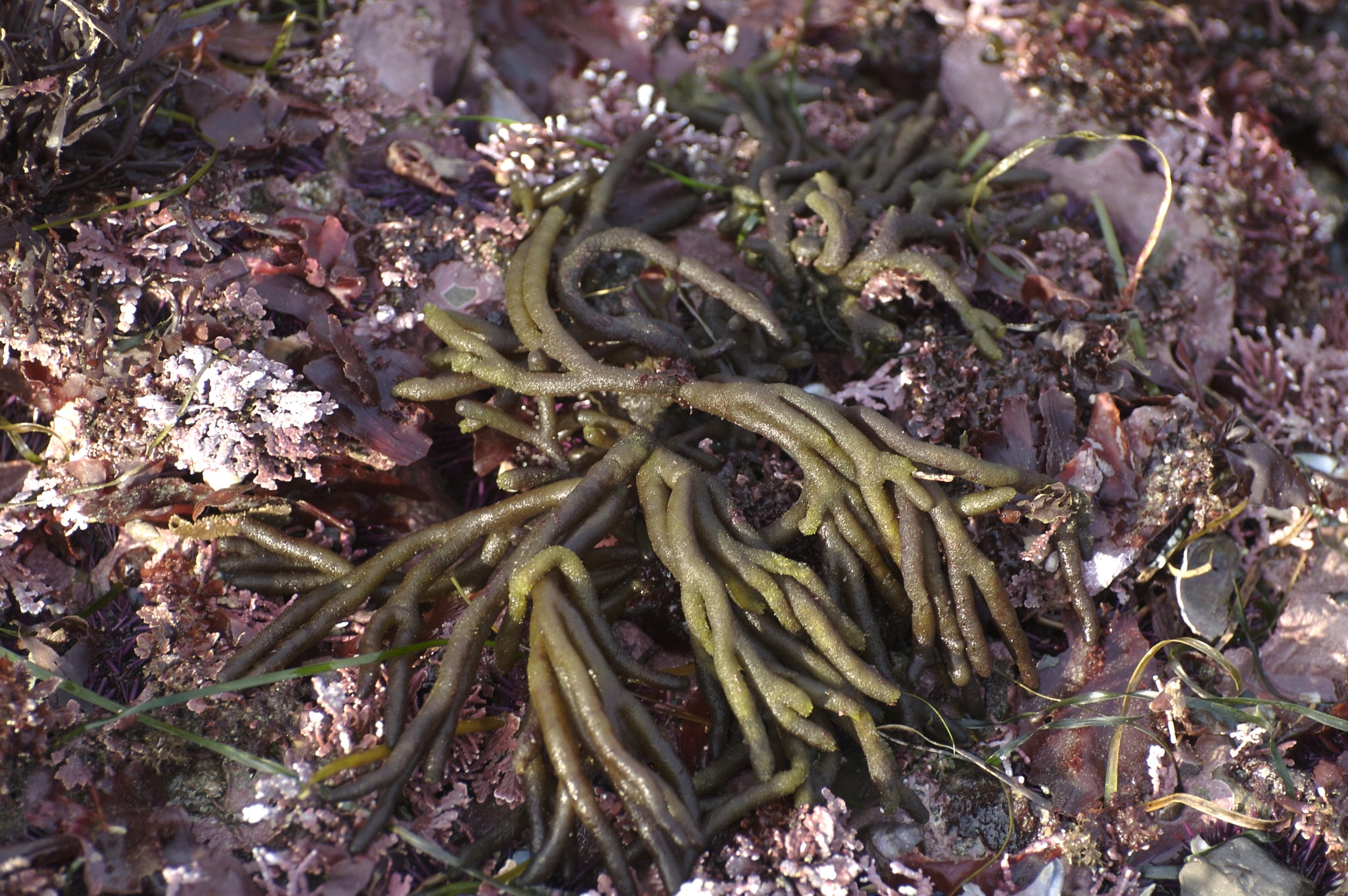 There are several other similar Codium species but Codium fragile can usually be distinguished from these by having a dark green rather than light green appearance, and a tubular rather than flat cross section and furry appearance.