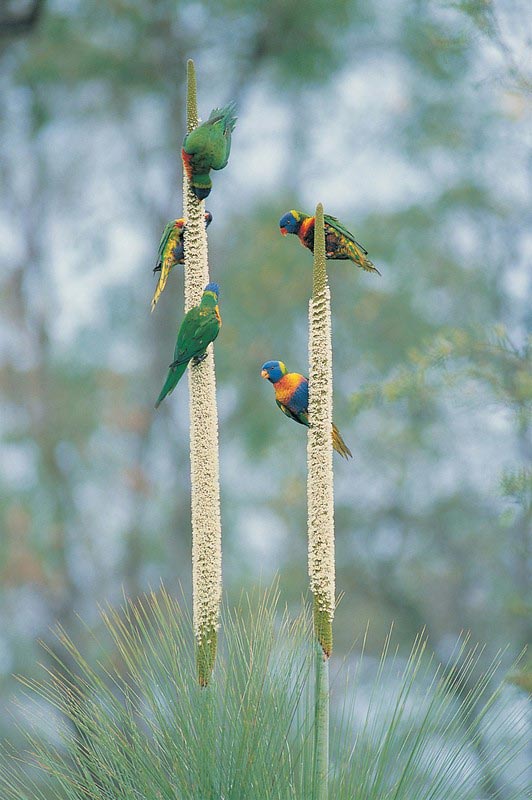 A reference to its yellow resin, Xanthorrhoea literally means "yellow flow" in Ancient Greek. Grass-tree is a misnomer. Its not a grass, nor a tree.They are actually distantly related to lilies.

Perennial flowering plant. Trunk resembles a tree above ground or exists under the earth’s surface. Trunk is woody and made up of tiny packed leaves.

Clustered in a terminal crown, 30 - 140 cm long, rhombic (kite-shaped) to wedge-shaped in cross-section, tapering at the ends.

Borne as flower clusters on a cylindrical and spike-like woody axis. 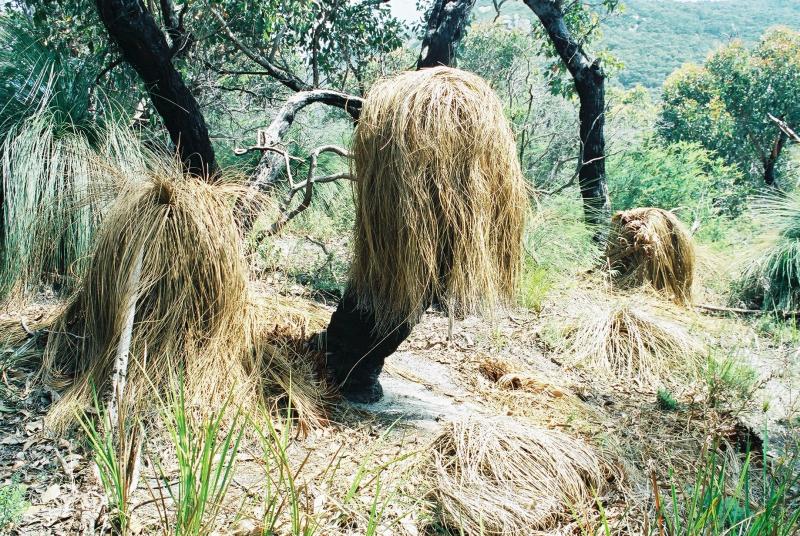 Populations of grass-tree have been devastated by Phytophthora cinnamomi (dieback). Symptoms of early Phytophthora infection are the same as drought/climate stress symptoms. 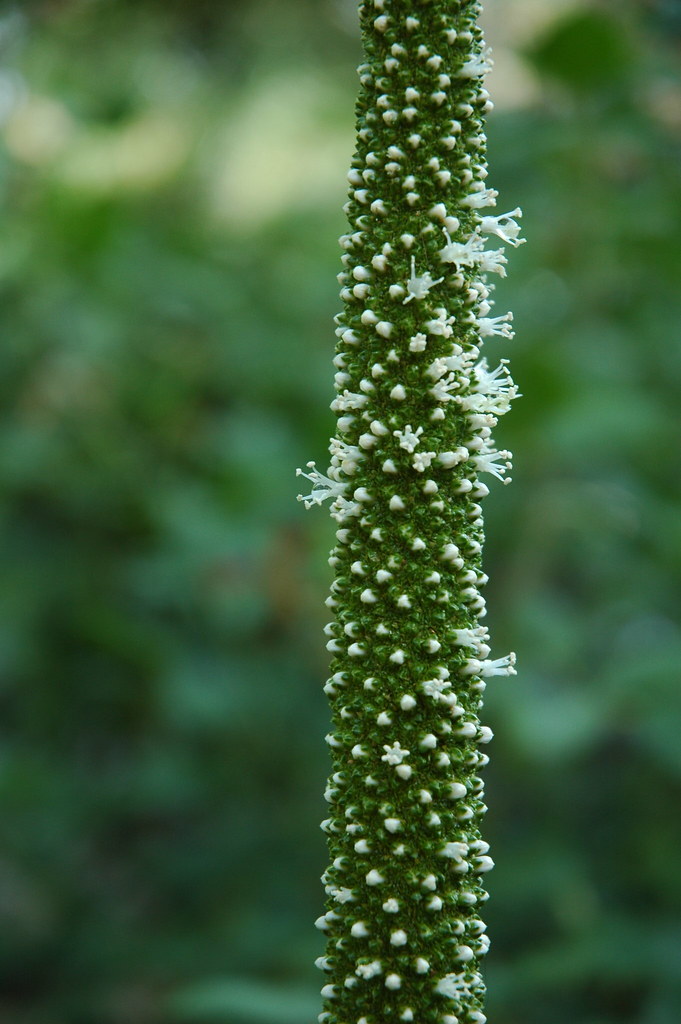 If you are able to identify your grass-tree sighting to species level, you can enter these details in Additional comments. 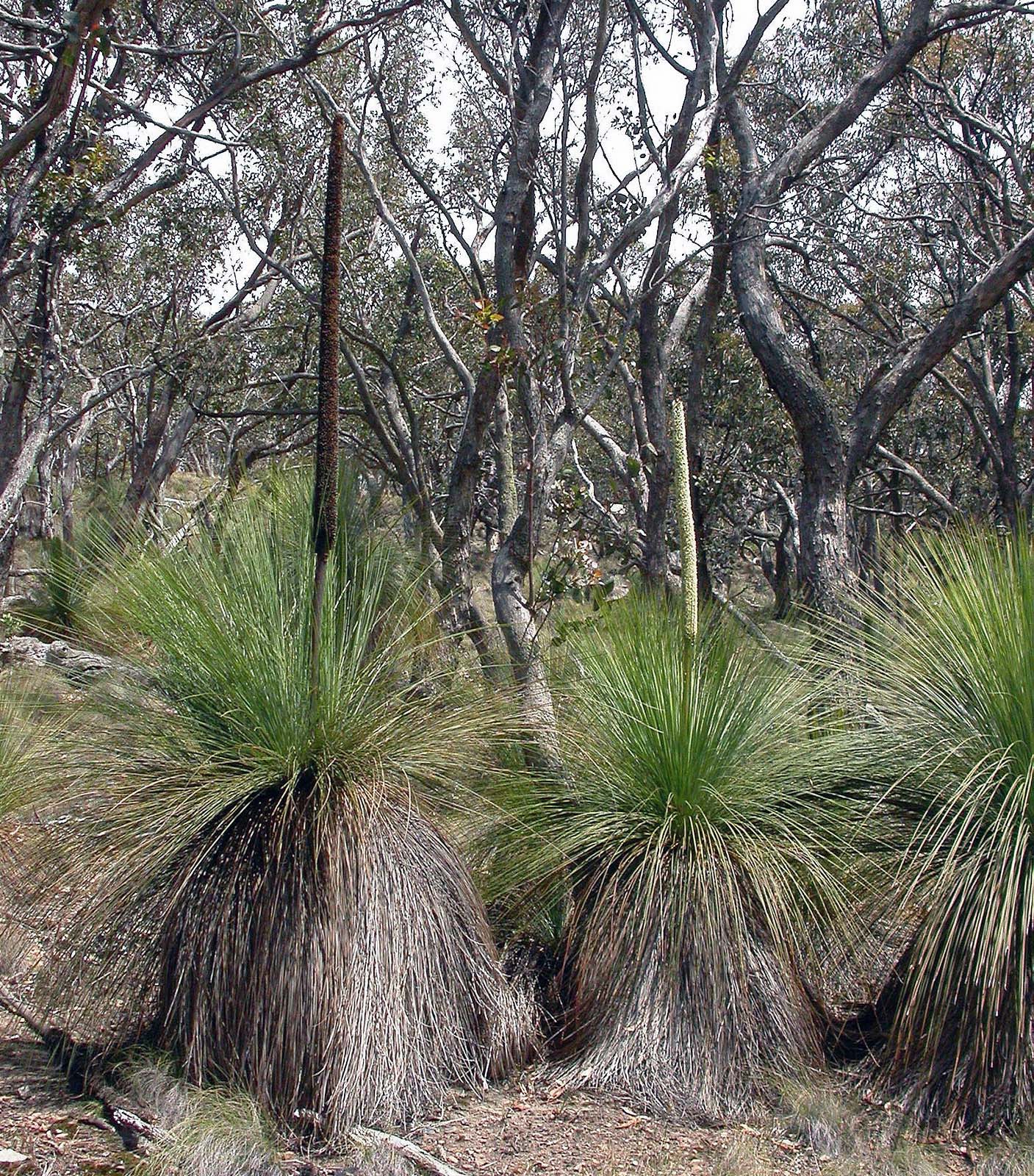 Grass-trees without an emergent stem (young Xanthorroea australis and all Xanthorrea minor) are easily confused with Lomandras and other sedges. Sedges have flat fronds and grow in a fan-shape.

Xanthorrhoea is a genus of about 28 species of flowering plants endemic to Australia. Vegetatively, Xanthorroea species are sometimes difficult to distinguish from each other. Features which are required include trunk height, ratio of length of spike and leaf colour.