Bark is rough on part or all of trunk, thin, box-type or tessellated (mosaic-like), grey or mottled with grey and white patches; smooth bark white, cream or pale-grey, often shiny.

White and usually clustered in groups of 7. Sometimes there are more than 7 or there may appear to be less as flowers have dropped off. They occur in multiple groups at the end of small branches.

Cylindrical or ovoid (egg or barrel-shaped). 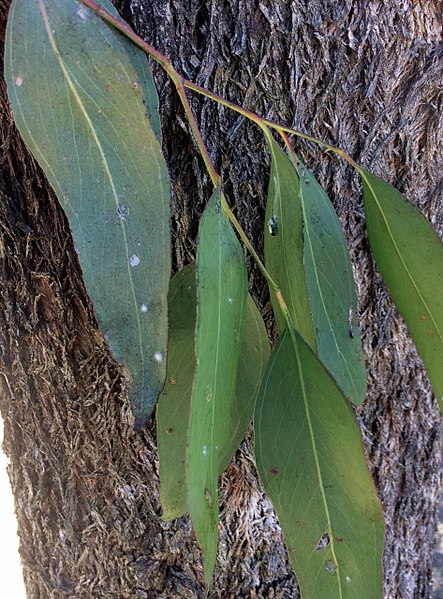 The presence of adult and juvenile psyllids (jumping plant lice) are being monitored on this species as an indicator of ecosystem health. Add in Additional comments and submit multiple sightings if more than one photo is required.

The frequency and severity of insect outbreaks in forest ecosystems are predicted to increase with climate change. Some insects may result in having the advantage over trees. A psyllid outbreak could be an example of the unexpected consequences of climate change on native ecosystems. 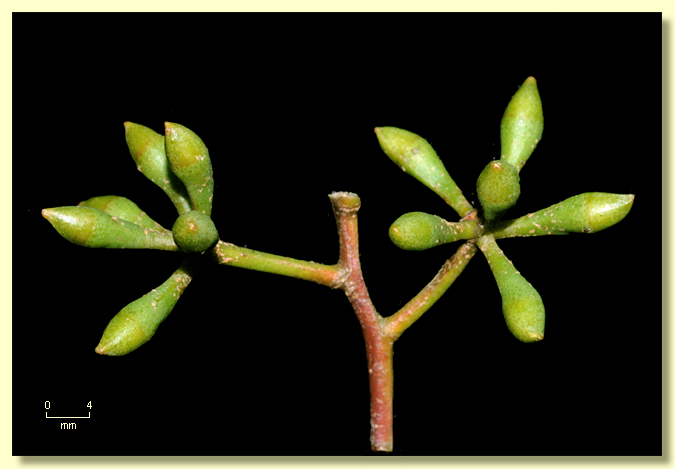 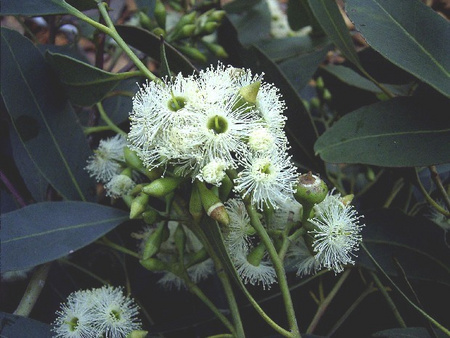 Closely related to the Narrow-leaved Box or Grey Box (E. microcarpa), which is a more inland species with rough bark higher up the stem and smaller leaves, buds and fruit.

Fruits of E. moluccana are barrel-shaped and resemble those of the related NSW tableland and western slopes species, E. albens. The latter species differs, however, in having a greyish to glaucous crown and larger, often glaucous, buds and fruit.