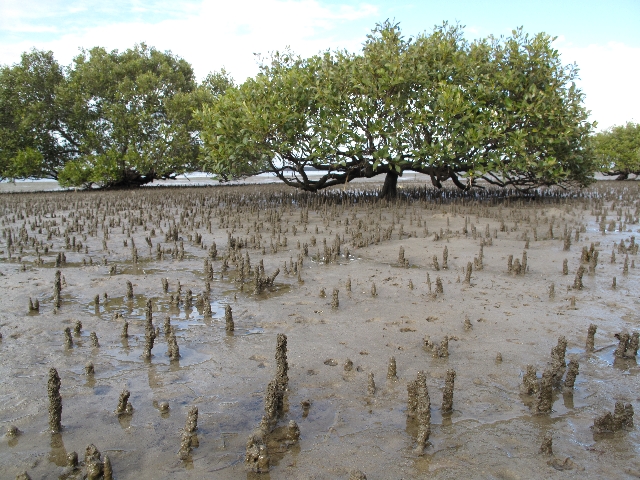 Large to small tree or shrub up to 25 m high (commonly around 5 m), branches, flower heads and lower surface of leaves greyish or silvery

Leathery and measure up to 16 cm in length and 5 cm in width. They are ovate, pointed and arranged opposite one another on the stems. The leaves are glossy green above with a distinctive pale and slightly hairy, grey underside. Stomata (pores) and salt glands are scattered over the entire leaf surface but are more abundant on the underside. Leaves are often covered in crusted salt from the exuded secretions.

Phenological events are considered site specific, depending on temperature (linked to latitude) and moisture conditions.

Maturation (note, there are no seeds produced as development is viviparous) is more rapid in warmer climates, taking 3 - 4 months in low latitudes and 8 - 9 months in southern locations. Generally mature between January and April but in intermediate locations like the Brisbane River this can occur in August.

Propagules germinate and develop while attached to the parent tree (a process called vivipary) which facilitates quick establishment once the pod settles. As a pioneer species, grey mangroves are notably tolerant of a wide range of saline conditions. Plants deal with harmful salt taken up through their roots by actively expelling the salt from specialised secretion glands on their leaves, and by passing the salt to senescent leaves and bark. While grey mangroves can also withstand short periods of inundation by fresh water or hypersaline water, they are notably impacted when conditions change over more prolonged periods. 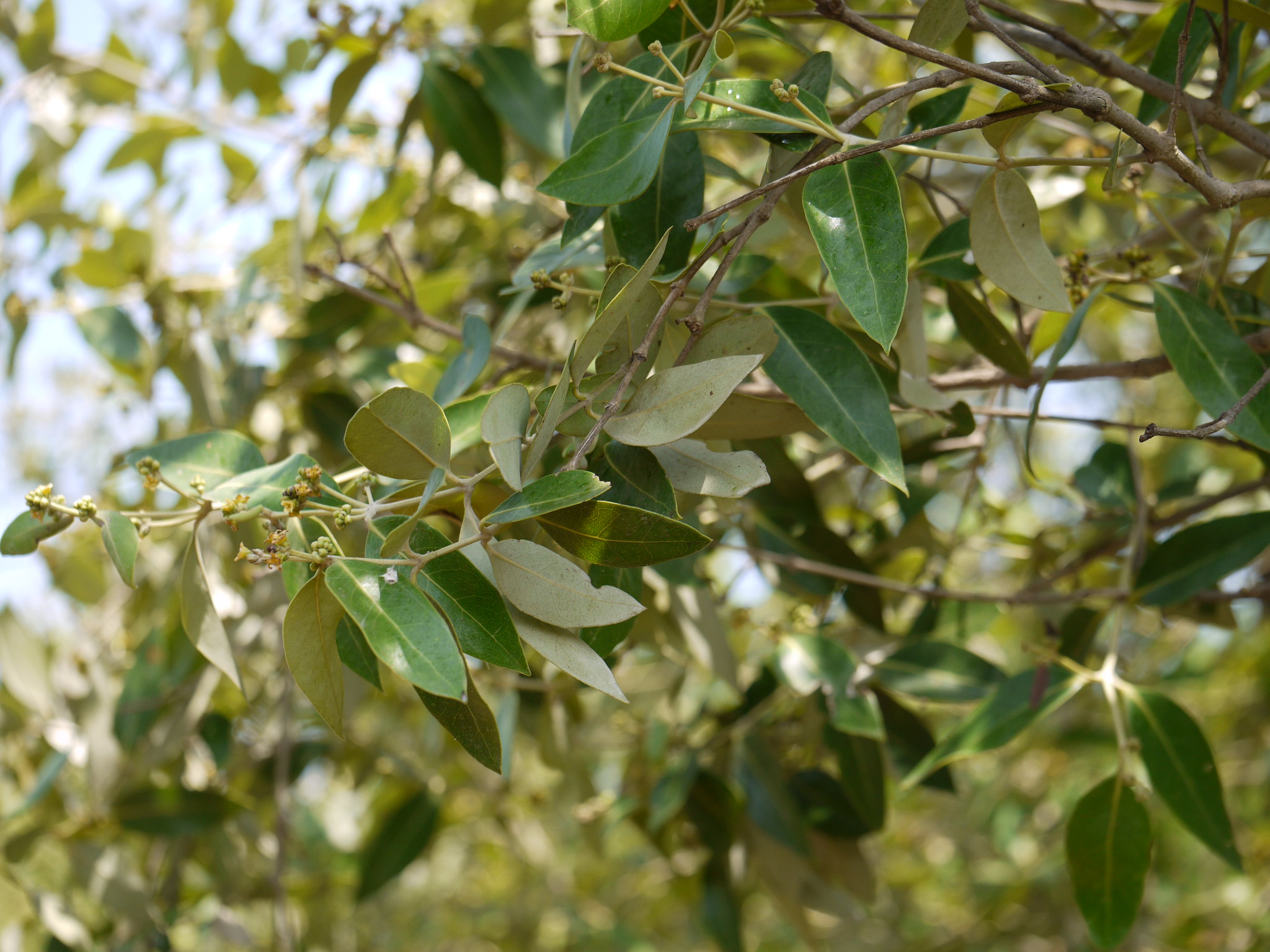 We expect grey mangroves to start shooting, flowering and fruiting earlier since they have been shown to be dependent on temperature and other climate factors. They may start appearing in new areas, as warmer conditions enable them to live in environments that were previously unsuitable or unreachable. They may also die from conditions exceeding their natural tolerances, like the mangrove forests of northern Australia did in late 2015. 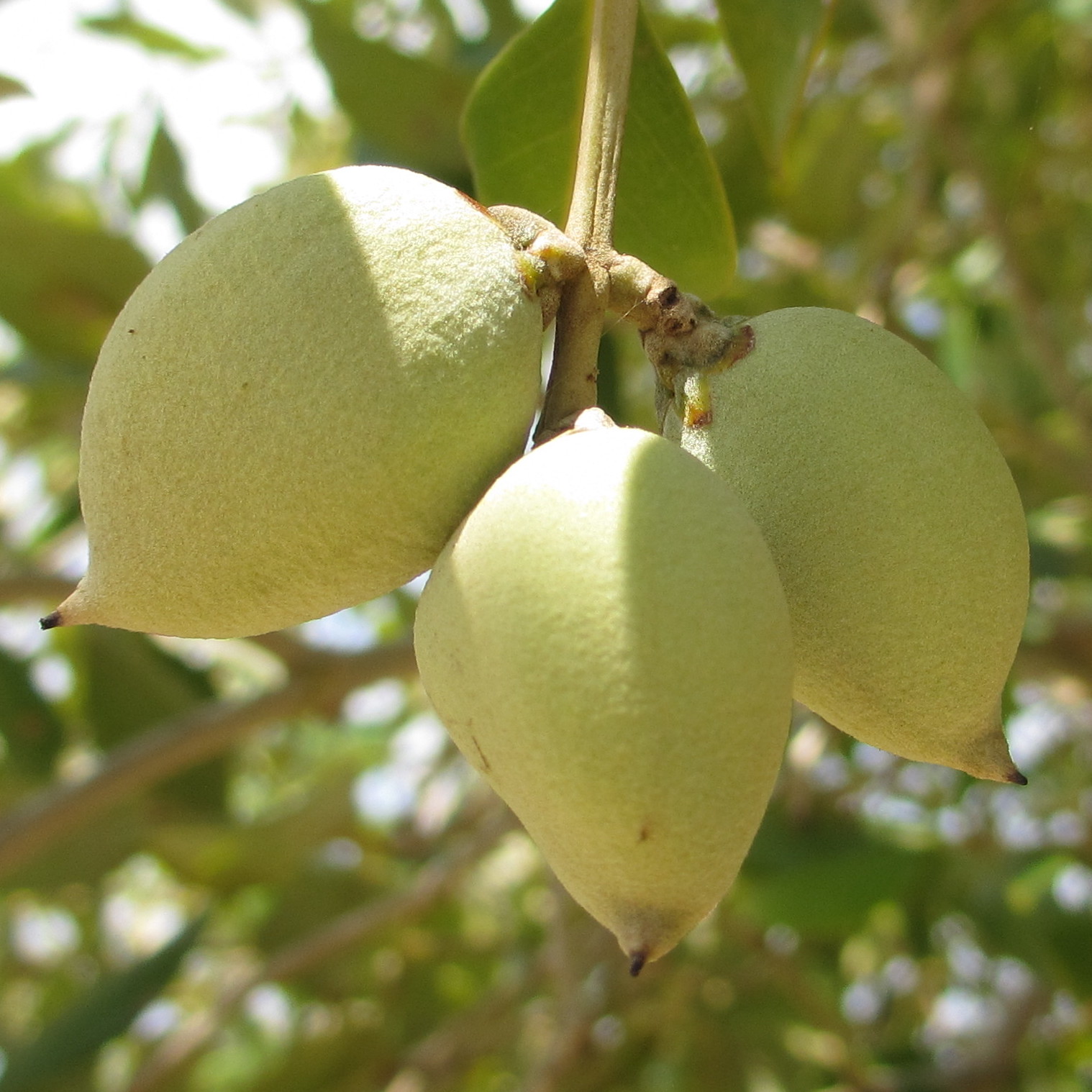 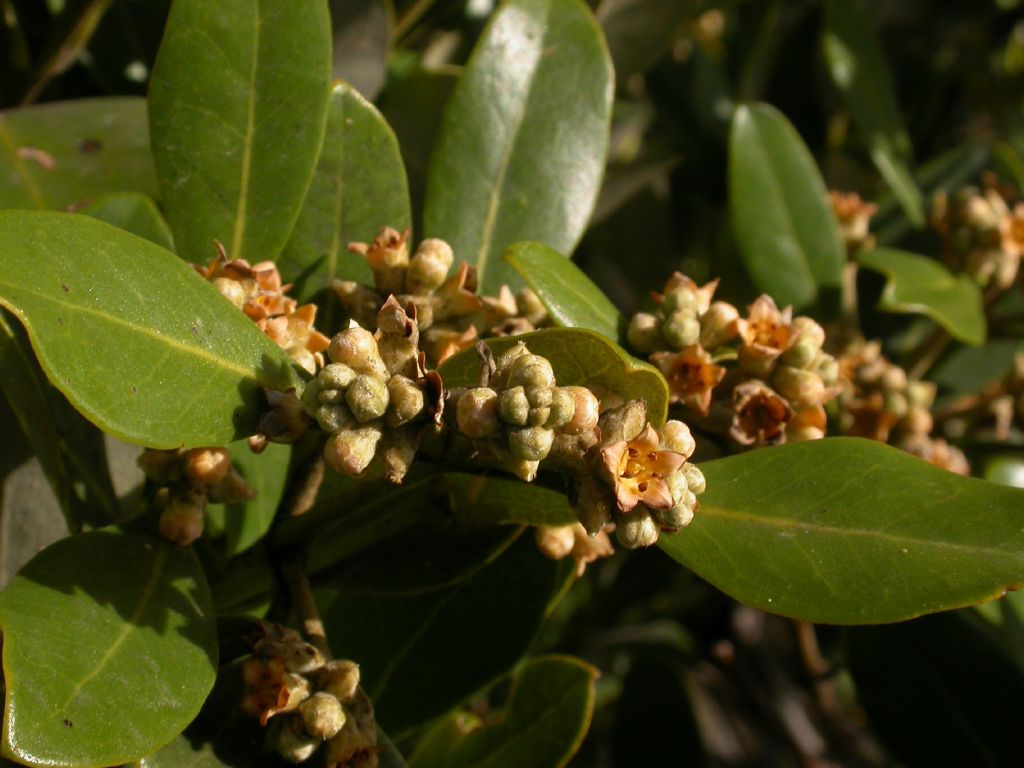