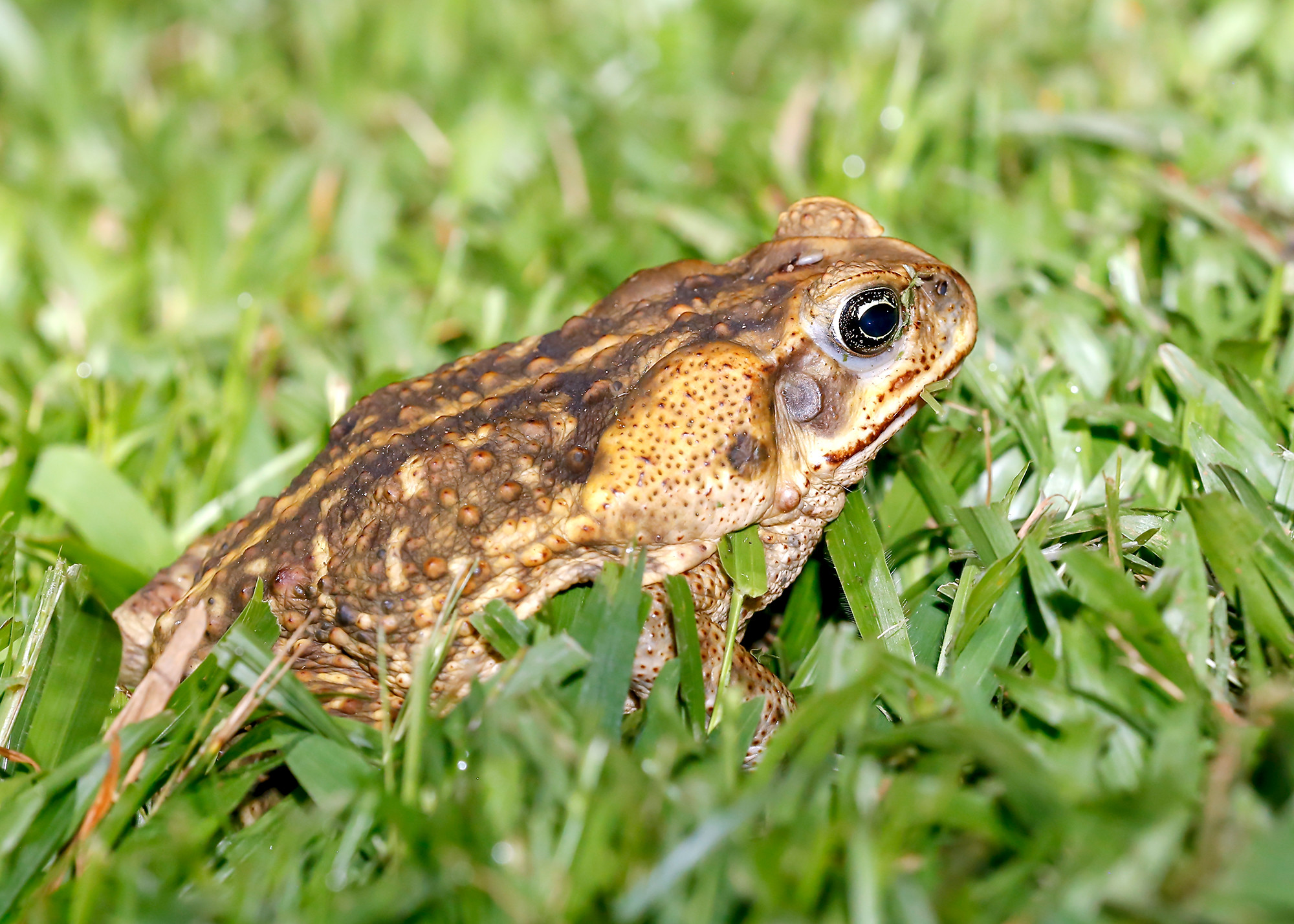 Cane toads have tough, leathery skin with a distinctive warty appearance. Usually grey, brown, reddish-brown or yellow in colour with a pale underbelly. Pronounced bony ridge above nostril and venom-producing gland behind the ear (behind the eye).

Juveniles have smooth dark skin with darker blotches and bars. Cane toads sit upright and move in short rapid hops that can help distinguish them from other species. Average-sized adults are 10-15 cm long.

Cane Toad tadpoles are shiny black on top and have a plain dark belly with a short thin tail. They are smaller (less than 3.5 cm) and often gather in huge numbers in shallow waters.

Males call with a continuous warble, not unlike the sound of a small petrol engine running. Calling peaks in January and finishes by March. Males have a very distinctive call likened to a motor running or ‘brrrrr’ sounds. 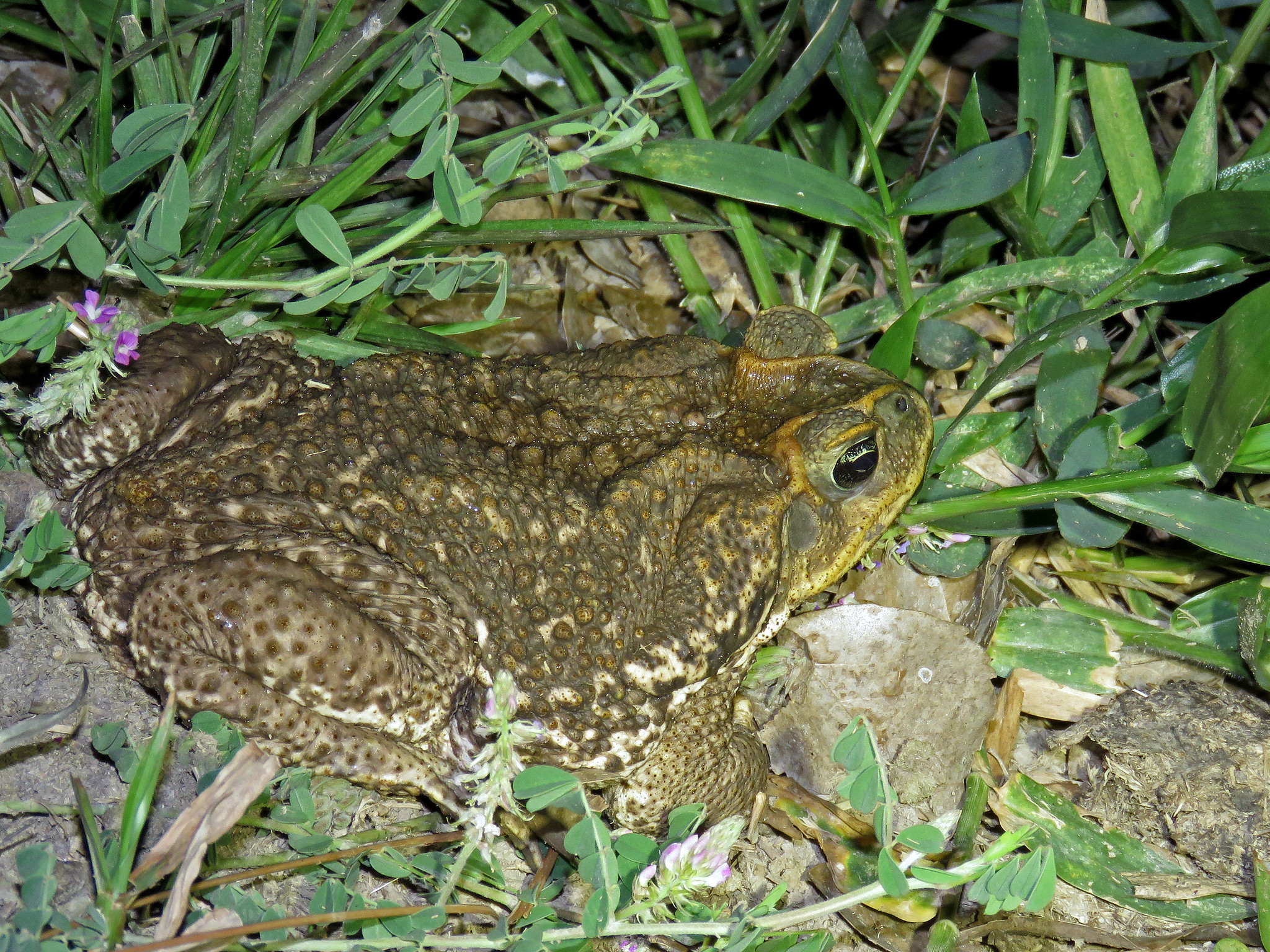 Climate change is expected to alter habitat structures, particularly wetland areas that amphibians rely on to complete part of their lifecycle. Monitoring of this invasive species is needed as climate change will aid the spread of these noxious pests. Climate models predict that as the weather heats up, cane toads will go in search of suitable habitats and expand their range. 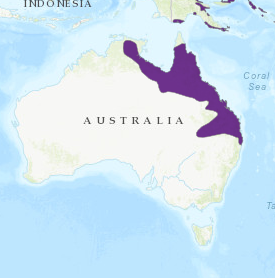 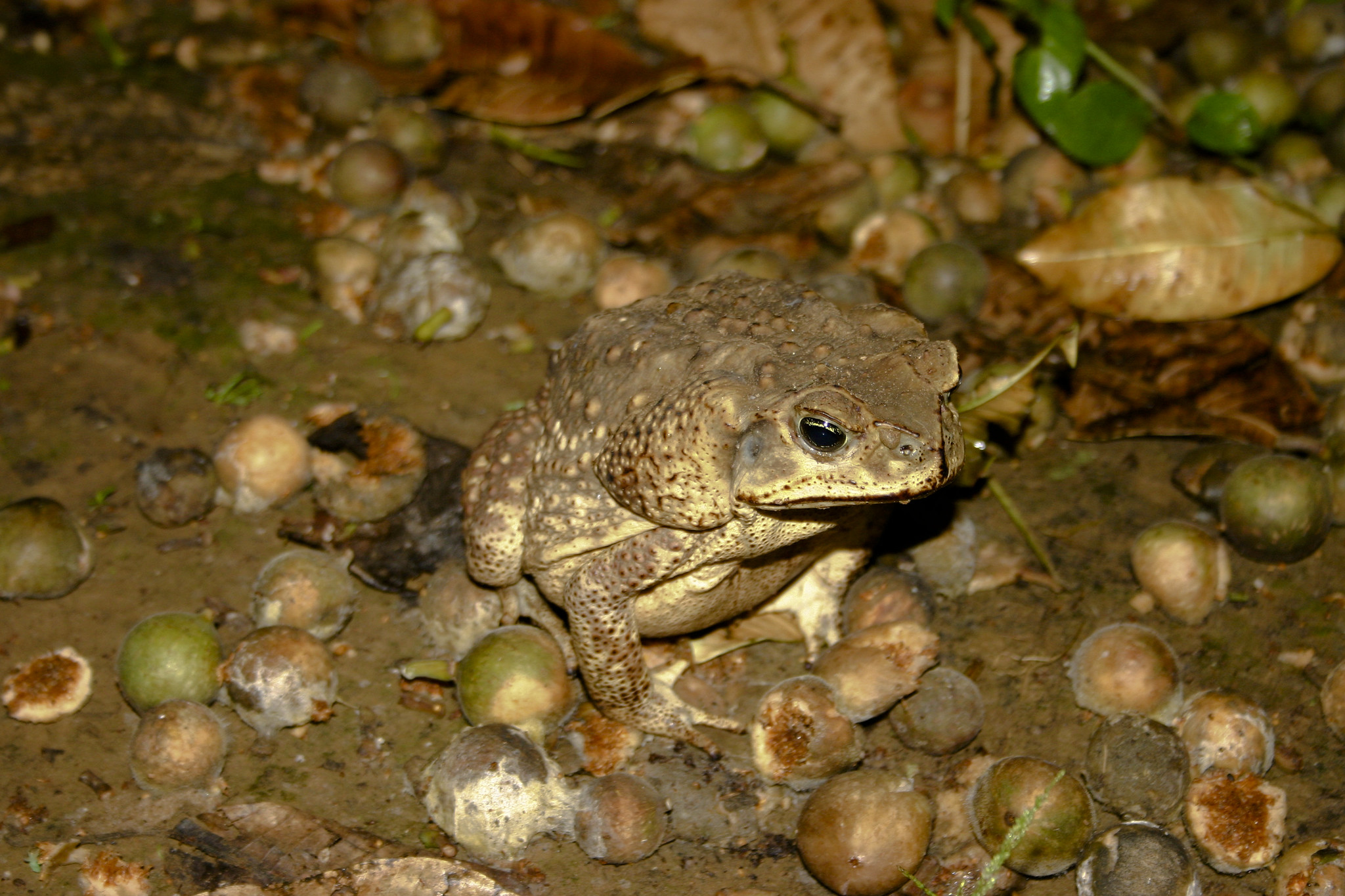 Toads can be distinguished by their bumpy skin, short forelimbs and poison glands behind their eyes. Many toad species also crawl rather than hop.

The Giant Frog (Cyclorana australis) is most likely confused with the exotic Cane Toad in western Queensland and northern Western Australia but the Giant Frog lacks prominent brow ridges and is a burrowing species.