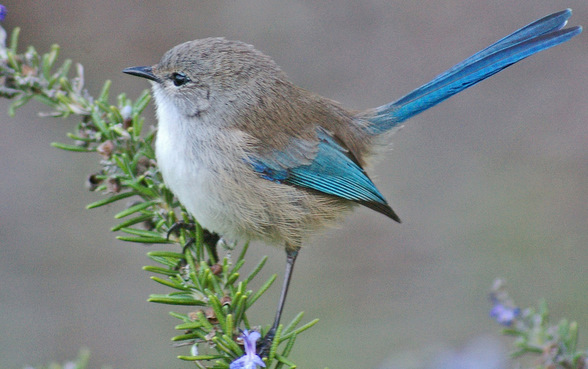 The male is unmistakable in full breeding varying from cobalt-blue in the east of its range to violet-blue in the west with a pale blue head. Wings and long tail are brown with a blue wash. In non-breeding plumage, called eclipse, he is very similar to the female, being pale brown above and white underneath although he retains the blue wash on wings and tail. The young look like the females.

The magnificent blue colour of the male.

A rapid series of slightly metallic, high-pitched pips that blend into an "undulating" call.

Mostly insects and other small invertebrates. They live in groups which forage together on the ground and in shrubs.

A series of jaunty hops and bounces.

The female builds an oval domed nest usually near the ground in thick cover. Materials include grass, bark spider webs and down. The female is the only member of the group to incubate the eggs, but all members of the group feed the chicks. The female lays 2-4 white eggs speckled reddish brown. The female incubates the eggs for 14-15 days. After hatching the nestlings are fed by the group for 10 -13 days. 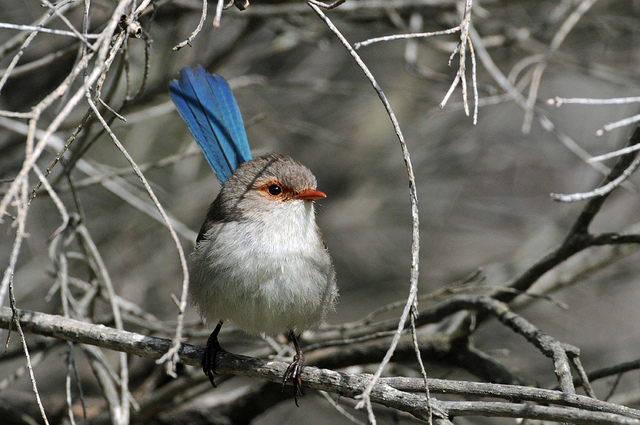 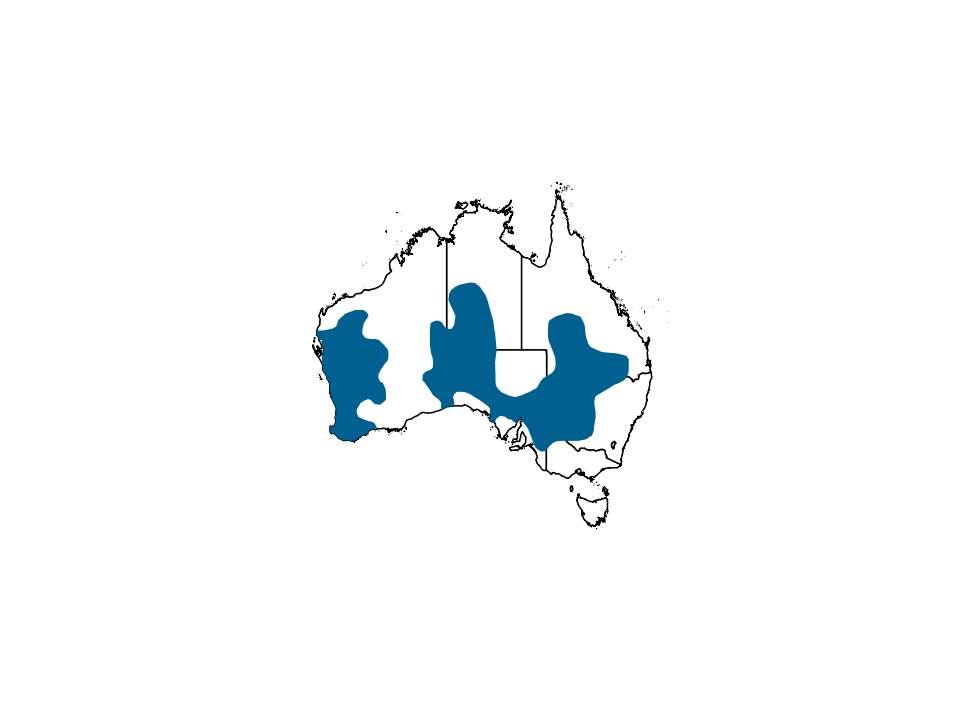 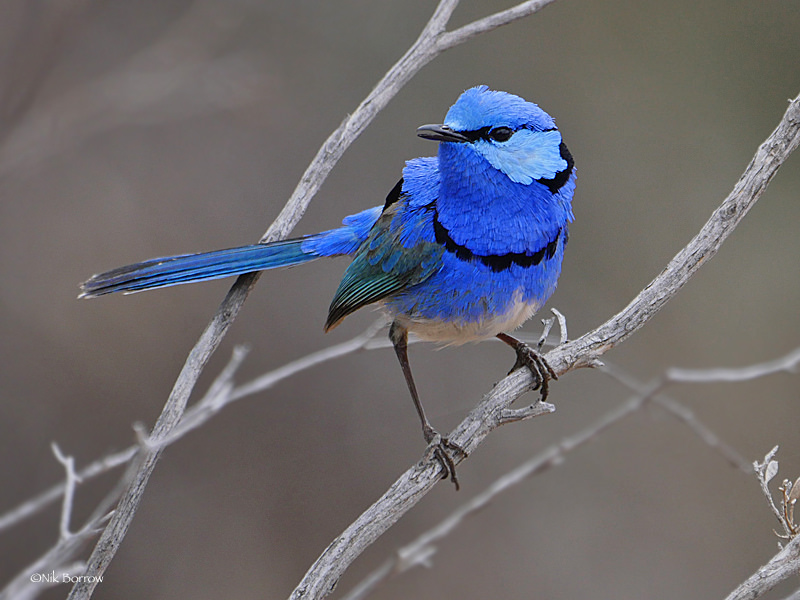 During breeding the male is distinct but, in eclipse, the faint wash of blue is the only thing that distinguishes this species from other fairy-wrens.