The caterpillar (larva) is initially pale yellow with fine hairs, before turning green. It has narrow yellow lines on its body which are sometimes hard to see. The upper side of the butterfly (adult) is white with a black tip on its forewing (front wing) and a black patch on the front edge of its hindwing. A male has one black spot on its forewing, while a female has two black spots. Looking from underneath, the forewing is white with two black spots and the hindwing is yellow.

Caterpillar about 3.5 cm; Butterfly up to 5 cm wingspan.

Caterpillars eat mainly the leaves of cultivated and introduced plants in the family Brassicaceae (such as cabbage and cauliflower), and can be a major pest of these crops. Adults feed on nectar from a variety of plants. Before it starts to eat, a caterpillar lays down silk to which it attaches itself for support.

When resting, a caterpillar aligns itself with the leaves of the host plant so that the yellow lines on its body look like the veins of the leaf, but if strongly handled or attacked, it ejects a fluid which can act as a repellent.

The females lay single eggs on the underside of host leaves. The eggs hatch into caterpillars after about four days and the caterpillars then eat for 17 days, before becoming pupae for eight days. They finally emerge as white butterflies. There may be several generations each year. 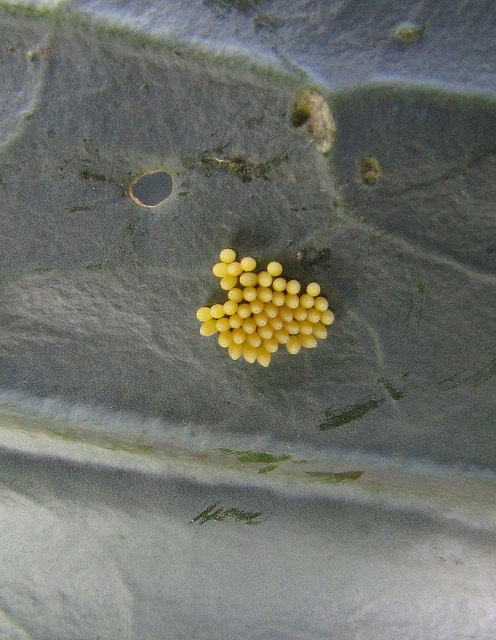 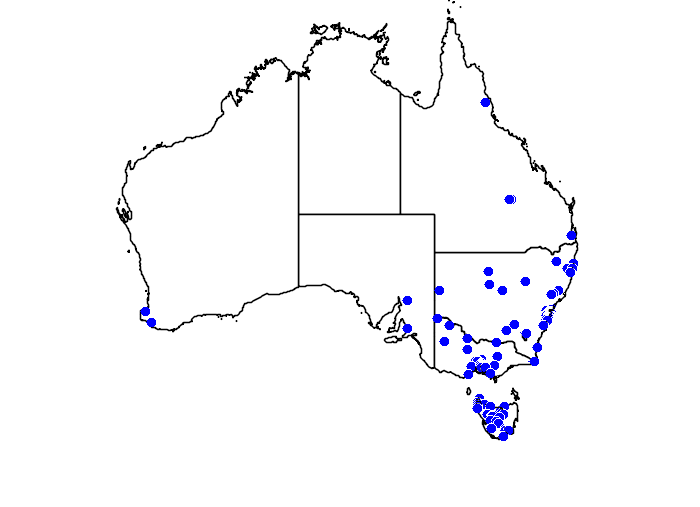 From early spring around September. Butterflies fly for more of the year in warmer areas. 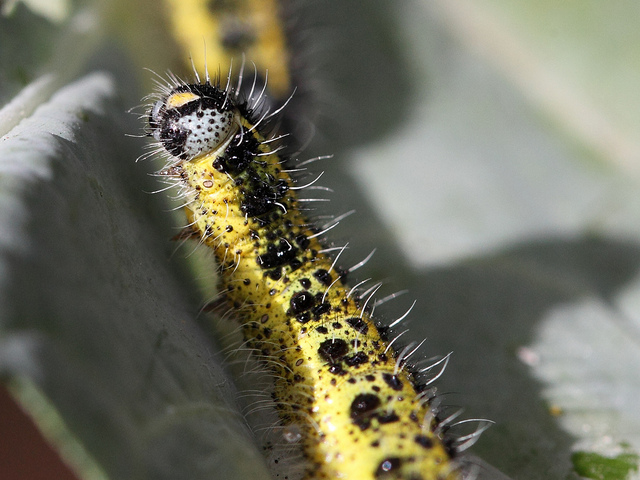 Another white butterfly won’t have the two or three black spots on the upper side of the forewing. Also, the underside of its hindwing won’t be yellow.