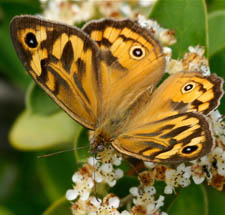 The caterpillar (larva) is initially a pale yellow-grey, before turning green with long black hairs along its body. Its head is brown-black with short hairs. The female butterfly (adult) is orange with creamy yellow and dark brown patches towards the tip of its forewings (front wings). The male is less colourful, being brown and orange with no pale patches. It also has an obvious raised vein in the middle of its forewing. Both males and females have a small eye-spot on each wing. The undersides of the wings in both the male and female are paler with faint markings, and their hindwings have very few markings. The female’s hindwing is darker then its forewing. It is difficult to identify these butterflies when they are resting with their wings closed. The males emerge quite a while earlier in the year before the females.

The caterpillar eats various native and introduced grasses, while the butterfly drinks nectar from flowers. The butterflies are also attracted to fermenting fruit and gum seeping from tree wounds.

When a caterpillar is disturbed while feeding, it drops to the ground and lies still. When male butterflies are not feeding, they fly close to the ground looking for females. If disturbed, a female butterfly will reject the male by lying on the ground with her wings closed. Butterflies fly from October to May, depending on the area and elevation; they emerge later in higher and cooler areas. There is a predominance of males in the earlier part of the season and females in the later part.

Irregular, these butterflies prefer to settle on or near the ground.

Mating occurs from October to December, after which the males die. The females rest through summer (known as aestivation) and appear again in late February to early May to lay their small, pale yellow eggs on the underside of leaves. The females die shortly after laying the eggs and the caterpillars hatch from the eggs after about 12 days. 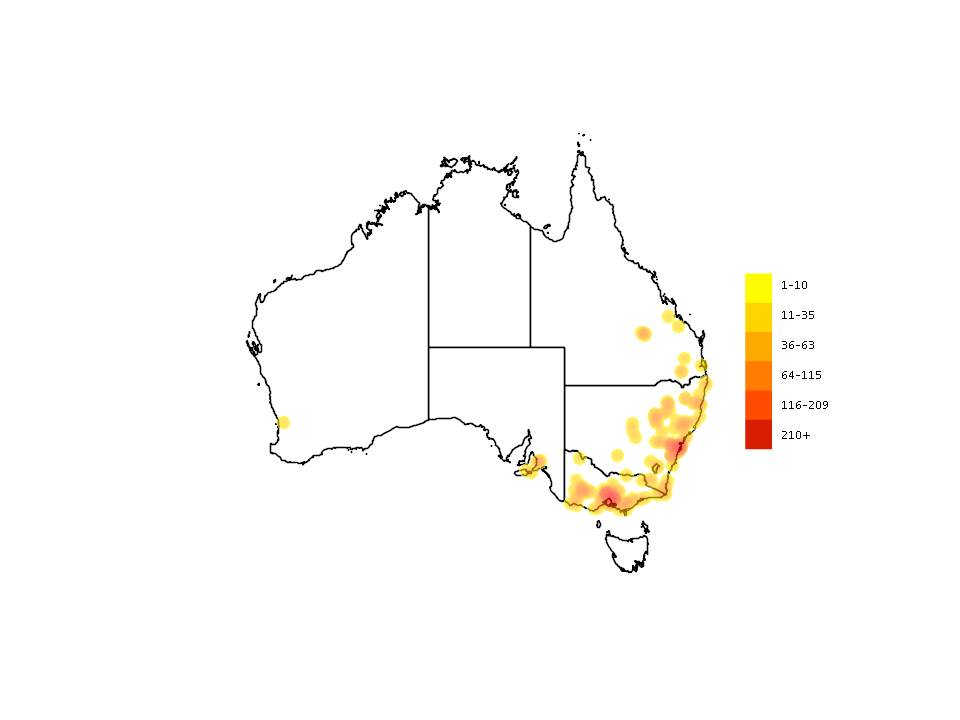 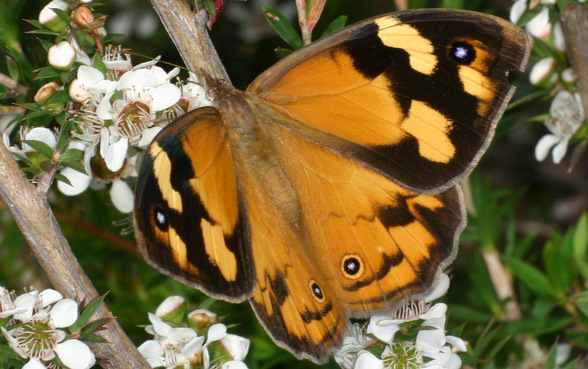