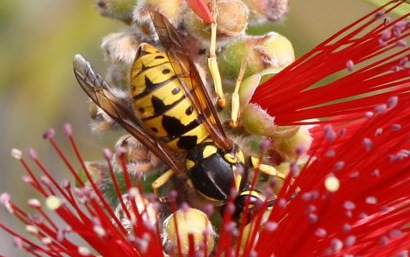 Bright yellow and black bands across its abdomen, with a pair of black spots and a black triangle on each yellow band. It has yellow legs, black antennae and two pairs of transparent wings. Nests are commonly built underground with only their small entrance holes visible, which are about 2 - 3 cm across.

Meat products, including fish, and sweet foods. It travels up to 500 metres from its nest to search for food. Grubs in the nest are fed insects, spiders and pieces of meat.

Very fast, holding its legs close to its body. It doesn’t usually hover.

Mating occurs in autumn, after which the males die. The mated females (queens) disperse to hibernate over the winter, although one queen may remain in the original nest. In spring, the queens emerge and search for a nest site. They construct a nest from papery material scraped from wood and mixed with saliva. The queen makes about a dozen cells inside the nest, and lays an egg in each cell. The eggs hatch into larvae, which are fed by the queen until they pupate and become worker wasps in late spring or early summer. The workers enlarge the nest (often to the size of a football) and gather food, while the queen continues to lay eggs. The number of wasps in the nest peaks in early autumn, often with up to 2,000 workers! Male wasps (drones) are produced, followed by new queens in late autumn when the original queen dies. The new queens and drones then mate outside the nest. 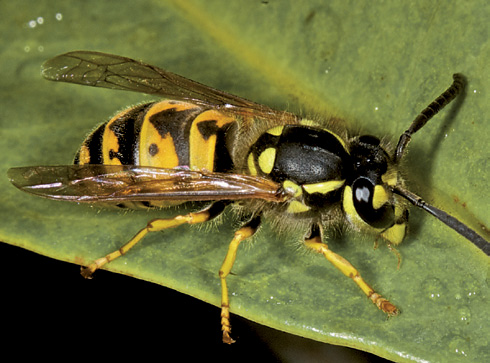 Due to the mild winter in some parts of Australia, wasp nests survive over winter which in some cases can contain tens of thousands of workers. This is not the situation in their countries of origin where the winters are severe and cold, and helps to explain why wasps have become such a dangerous pest here. More nests may start surviving over the winter, as a result of climate change warming the earth. 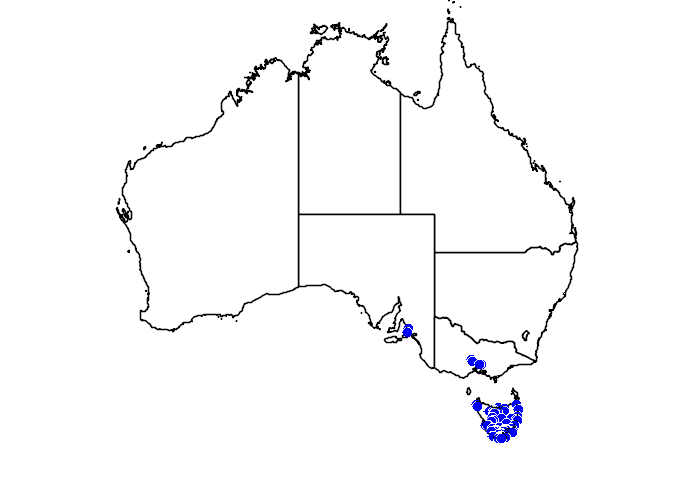 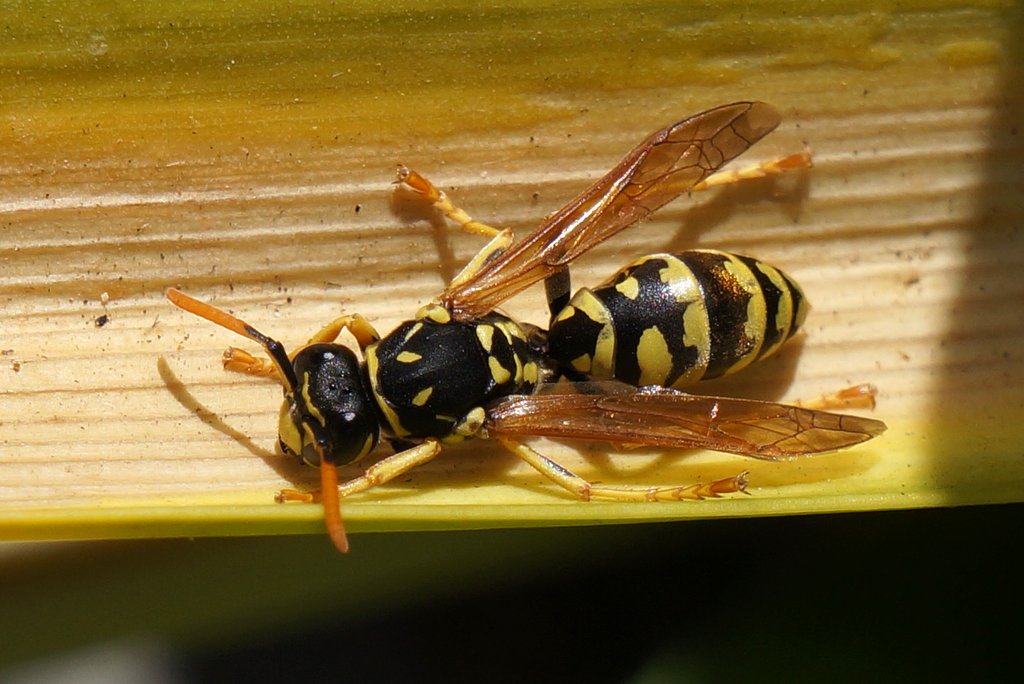 English Wasp is a close relative of the European wasp, it has very similar colour markings but is restricted to the eastern parts of Melbourne and the Gippsland region. The vertical yellow band behind its eye is broken by a black spot (unbroken in the European wasp) and its face usually has a black anchor-like mark. Also, the black marking on each yellow band on its abdomen tapers to a point, while it is a triangle shape on the European wasp.

Paper wasp has a longer, thinner body, orange-brown antennae, back legs that hang down during flight, and is often seen hovering. Its nest is smaller, usually above ground and looks like honeycomb cells without an outer covering.

Most other wasps don’t have the vivid yellow and black markings.

Honey Bee has black legs, dull yellow bands on its abdomen with no black dots.