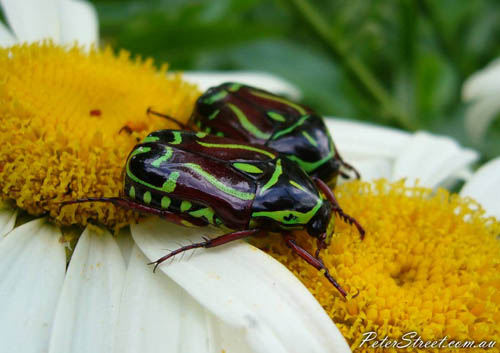 A beetle with a shiny black back and head with bright yellow-green markings, and dark brown to black legs.

Violin-shaped markings on its back (after which it is named).

Nectar and pollen from flowers, and occasionally leaves. The larvae (grubs) feed on rotten wood in the soil.

Strong during the day, moving between trees to feed. It buzzes loudly while flying.

Adults emerge from the soil in early summer to mate. The female lays eggs in rotting logs or damp soil under logs. After grubs hatch they live in the soil then build a cocoon made from soil and debris, where they pupate, or transform, into their adult beetle form. 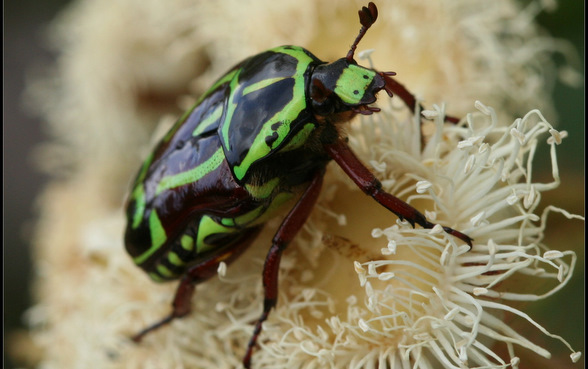 Warmer conditions, as a result of climate change, could mean that beetle larvae develop more quickly and become adults sooner. If their food sources don’t also start flowering earlier, there is a possibility that the beetles will have to change their feeding behaviour or their populations could diminish. 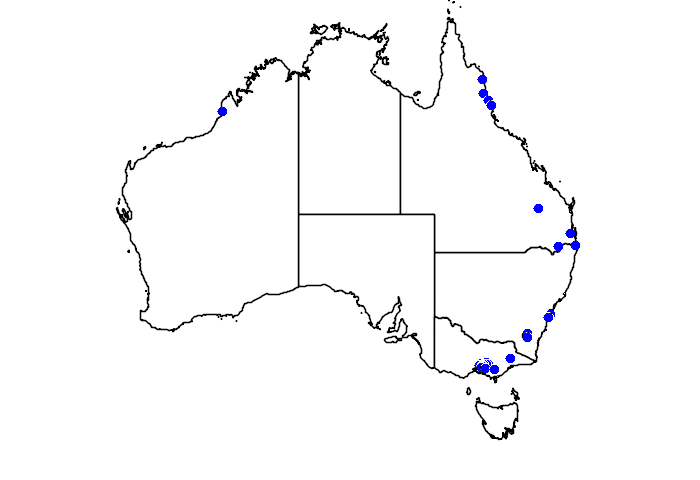 From early summer (December) when adults emerge from the soil. 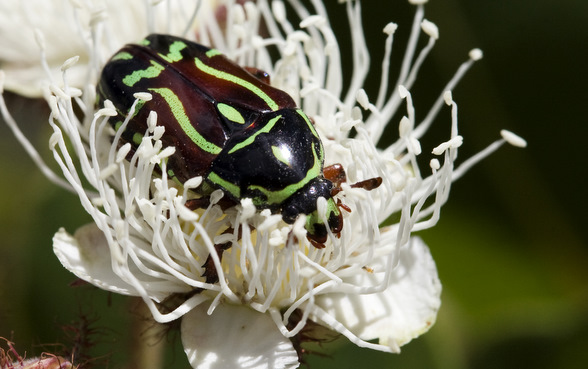 Green Scarab Beetle has a shiny green back with no distinct markings.

Jewel Beetle has red markings on its back.

Golden Stag Beetle has a yellow-green shiny back with no distinct markings.

Other Scarab beetle (Dilochrosis spp. or Chondropyga dorsalis) both have brown to black markings on a gold back (rather than gold markings on a dark brown back) and lack the violin-shaped markings.